Police in Innsbruck are trying to identify a group of men accused of sexually assaulting 18 women during New Year's Eve celebrations. Witnesses said the assailants were in their 20s or 30s and had dark complexions. 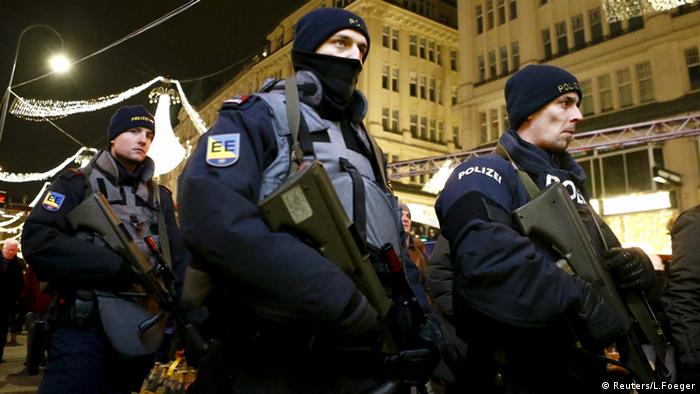 The women reported having been groped by up to 10 individuals on the city's main square where around 25,000 had gathered for a concert and firework display, with visibility limited, senior police official Ernst Kranebitter said.

"It has definitely been proven that they are foreign," a spokesman for the police in the western province of Tyrol said, adding witnesses reported they spoke English or poor German.

"We are investigating. We have videos of poor quality but we are trying to make the best of them."

"We've not had anything like this happen here before," Kranebitter told the AFP news agency. "They were dancing around the victims and then suddenly grabbed their breasts or stuck their hands between their legs. That's what made it hard for others to notice what was going on - it all happened amid festivities."

In neighboring Germany on New Year's Eve 2015, hundreds of women were sexually assaulted and robbed during celebrations in Cologne. Suspects were mainly of North African and Arab appearance.

Anti-immigrant sentiment  has boosted support for far-right parties in Austria and Germany after both countries took in waves of migrants, many of them from the Middle East and North Africa, during Europe's migration crisis.

Two months after a series of New Year's Eve sex assaults in Cologne, the German government launched a multilingual website to educate migrants about the body and sexuality. But not everyone thinks it's necessary. (14.03.2016)

Opinion: One year after the Cologne assaults - Stop apologizing for political Islam

That authorities will deploy 1,500 police officers in Cologne on New Year's Eve is proof that the German way of life has been compromised. Political Islam continues to pose a big threat, says DW's Shamil Shams. (31.12.2016)