Austria's new daily cap on refugees has come into force. The move, which allows a maximum of 80 migrants a day to seek asylum, has been criticized for being 'plainly incompatible' with EU laws. 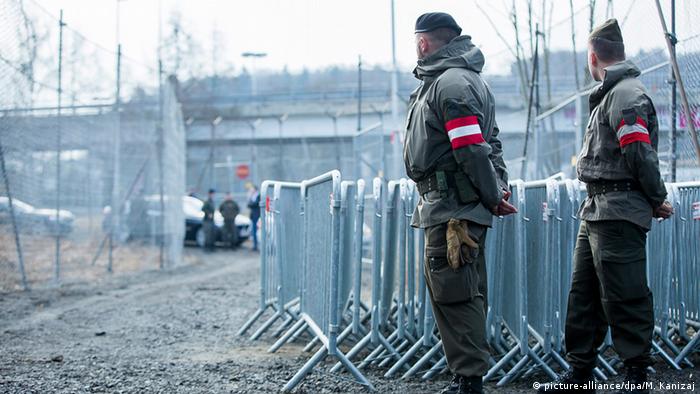 Vienna implemented the cap early on Friday as European Union leaders met for the final day of a two-day summit in Brussels. Austria has argued that the refugee limits are necessary as an EU plan to pay Turkey 3 billion euros ($3.3 billion) to care for refugees and stem the flow of people setting off from its coast toward Europe is not yet working.

An EU-wide, quota-based relocation system that aims ease pressure on frontline countries, such as Italy and Greece, has proven ineffective as a number of eastern European countries have staunchly refused to accept the plan.

Under the measures put in place in Austria, the daily number of migrants transiting through the country to seek asylum in a neighboring country will be limited to 3,200 a day. A total of 80 people per day will be allowed to claim asylum in Austria and tougher controls will be enforced at 12 checkpoints along the country's southern borders.

Once the quotas have been reached, "the borders will be closed," police spokesman Fritz Grundnig told AFP news agency on Friday.

After accepting 90,000 asylum seekers in 2015, Austria said last month it would accept only 37,500 asylum seekers this year - a significant drop from the number that made it one of the EU's highest recipients on a per-basis capita.

Austria's daily cap, which was announced by Interior Minister Johanna Mikl-Leitner on Wednesday, has met with a wave of criticism from the EU.

"As far as Austria is concerned I have to say I don't like this decision, we are questioning whether it is within European law, and we will have a friendly discussion," European Commission President Jean-Claude Juncker told a news conference on Thursday.

In a letter to Mikl-Leitner, European Migration Commissioner Dimitris Avramopoulos wrote that "such a policy would be plainly incompatible with Austria's obligations under European and international law."

Austrian Chancellor Werner Faymann responded, however, that there "will be no lifting of the decision" and urged other countries on the Balkans route into Europe to follow suit.

"Last year, we had around 6,000 more asylum applications than Italy. We have had a lot more than asylum seekers than France. And anyone who has ever looked at a map knows that, for example, those two countries are larger than Austria and also have more inhabitants," Faymann told reporters in Brussels.

Many of the nearly 1.1 million migrants who reached Europe's shores last year - almost half of them from Syria - passed through Austria on their way to Germany and Sweden, the two countries that have taken in the most people.

European leaders were due continue their meeting in in Belgian capital on Friday where the refugee crisis and EU reforms remained at the top of the agenda.