The EU's Migration Commissioner has denounced Austria's plan to limit asylum requests, calling it "incompatible" with international law. Austrian officials have defended their decision, saying it is for Europe. 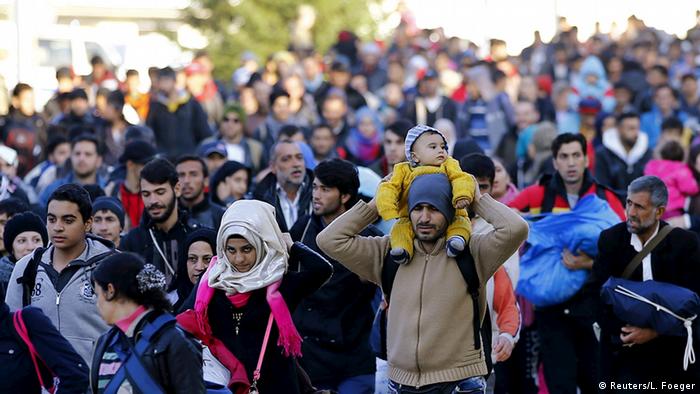 "Such a policy would be plainly incompatible with Austria's obligations under European and international law," Avramopoulos wrote in the letter to Austrian Interior Minister Johanna Mikl-Leitner.

"Austria has a legal obligation to accept any asylum application that is made on its territory or at its border," Avramopoulos added, citing the Geneva Convention and the European Convention of Human Rights.

He also criticized Vienna's plan to give entry rights for refugees who wish to continue through Austria into Germany. "A wish to transit through an EU member state in order to apply for asylum in another member state is not an acceptable reason for granting entry," Avramopoulos wrote.

Late on Wednesday, the Austrian government announced its decision to let no more than 3,200 migrants in per day, starting on Friday. There will also be a daily limit of 80 asylum claims.

'We have to act now'

Despite EU criticism, Austrian Interior Minister Mikl-Leitner announced on Thursday that the caps would continue.

"We will ... begin tomorrow as planned," Mikl-Leitner said in a statement.

The new measures seek not only to stem the flow of migrants, but also to reduce the rise of anti-foreigner sentiments, Mikl-Leitner said in an interview with news agency DPA.

"We have to act now, otherwise nationalists will get the upper hand," the center-right politician said. "These measures are not against Europe, but for Europe."

"We don't understand the astonishment about our step. Germany has been doing this for months," she said.

Germany has imposed limits which allow only 50 people per hour and 6,000 per day to enter the country.

At the height of the refugee influx, this policy led to massive backups in Austria where 15,000 to 18,000 people at a time were left waiting to enter Germany, Mikl-Leitner said.