Heinz-Christian Strache has had his home searched. Authorities are investigating whether company appointments have been made in return for promises on gambling licenses. 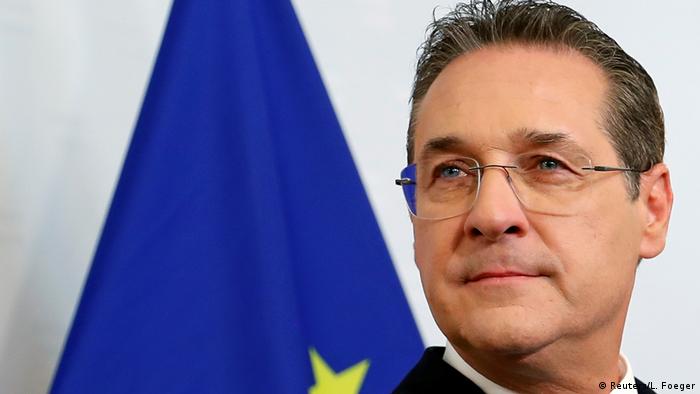 Heinz-Christian Strache, the former vice chancellor of Austria, had his home raided in a corruption probe, reports said Tuesday.

The far-right politician's house was searched on Monday as part of a bribery investigation into the appointment of a party official to a high-ranking position at Casinos Austria (Casag).

The raid was not related to the "Ibizagate" scandal, in which the Freedom Party (FPÖ) leader was secretly filmed on the Spanish island offering government contracts to a fake Russian investor. In return, he supposedly wanted the investor to buy an Austrian newspaper and use it to promote his party in the 2017 elections.

That led to the downfall of the now ex-Chancellor  Sebastian Kurz, who is seeking re-election on September 29 for himself and the Austrian People's Party (ÖVP).

In the latest investigation, prosecutors are looking into whether a company appointment was made in return for the promise of granting gambling licenses, a spokesperson for the Public Prosecutor's Office against Corruption said. Several raids have been conducted.

Strache himself reacted via a Facebook post in which he confirmed the raid had occurred but described the allegations as baseless and "yet another political attack on my person."

The FPÖ were keen to distance themselves, while the ÖVP were hoping the measures would shed light on proceedings.

"The new party leadership, and the FPÖ, are not connected to this in any way," the party said.

The ÖVP said the allegations must be "immediately investigated and explained."

Austrian anti-terror chief Peter Gridling has been suspended by the nation's new conservative-far-right government. Opposition parties want a probe into a police swoop on the Vienna agency of the former Europol expert. (13.03.2018)

An Austrian police tactical unit was deployed after a 57-year-old local politician fired indiscriminately from his balcony. No one was injured, and the populist Freedom Party of Austria suspended the unidentified man. (12.07.2019)