Austrian anti-terror chief Peter Gridling has been suspended by the nation's new conservative-far-right government. Opposition parties want a probe into a police swoop on the Vienna agency of the former Europol expert. 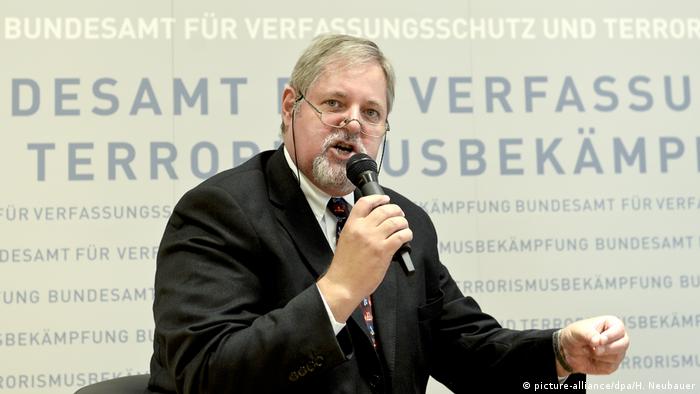 Austria's interior minister, Herbert Kickl, on Tuesday suspended Gridling, who has headed the Alpine nation's main domestic intelligence agency (BVT) since 2008 after serving for six years as head of Europol's anti-terror unit in The Hague.

Kickl, previously a leading functionary of the far-right Freedom Party (FPÖ), cited possible infringements of duty over data that Gridling's agency had allegedly failed to delete, telling a Tuesday conference that the suspension was "unavoidable."

Standing in meanwhile would be Dominik Fasching, said Kickl, referring to a newly appointed deputy to Gridling, said to have long been respected by Austria's conservative People's Party (ÖVP). 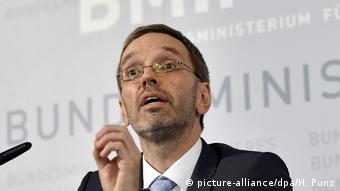 On February 28, Vienna's EGS police squad – normally assigned to pursuing street criminals and burglars, raided Gridling's agency and homes of some BVT staff on the orders of anti-corruption prosecutors – allegedly without prior notification via ministerial channels.

The EGS, directed by a suburban Vienna area FPÖ politician, had targeted a BVT unit specializing in "extremism," said the Austrian weekly Profil and Der Standard newspapers, adding that three of the BVT unit's members were suspended.

The media said 19 gigabytes of electronic data seized by prosecutors included information on right-wing groups such as fraternities often close to the FPÖ headed by Heinz Strache - now Austria's vice chancellor alongside Sebastian Kurz of the ÖVP. 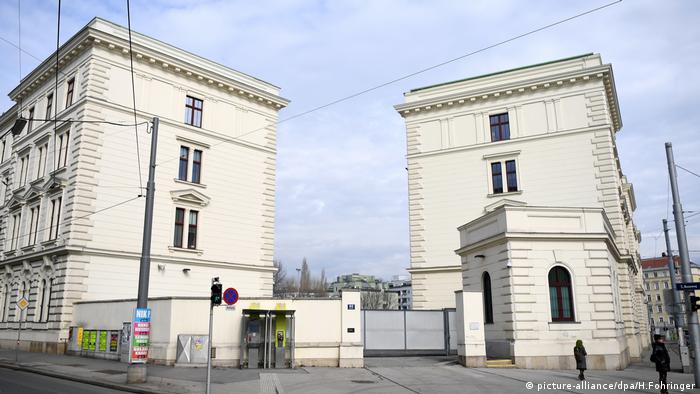 Targeted in February's raid - the BVT's headquarters in Vienna

The Justice Ministry subsequently denied that far-right data had been sought.

"Extremist data ... has not been seized, said Ministry spokesman Christian Pilnacek, adding that only personal files had been taken.

Der Standard on Friday said one hard disk seized contained all of the BVT unit's investigative data, dating back to 2006.

Reporting on Tuesday's press conference, Austrian ÖRF broadcasting - itself under pressure from the FPÖ - said Kinkl rejected a claim by Strache that the BVT had been a "state within a state," saying he did not share the view of the "honorable vice chancellor."

Last week, Chancellor Kurz in a brief statement demanded "complete clarification and transparency from all the ministries involved" as well as a comprehensive report from Justice Minister Josef Moser of Kurz's own ÖVP.

"Trust in the security apparatus has been shaken drastically," said Kern. 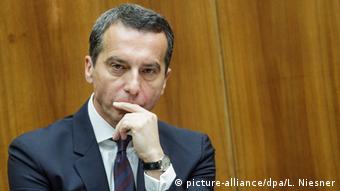 ÖVP security spokesman Werner Amon told Austrian broadcasting on Monday that Gridling as head of the BVT- one of three Austrian intelligence agencies - have performed "excellent work" in recent years and led the agency "very well," adding that he hoped the affair was not an attempt to tar its work.

The "sudden" searches of BVT staff members' homes instead of using official channels was "not a normal procedure," Amon added.

Last Saturday, a lawyer acting for one of the suspended intelligence agency employees told APA that the police deployment in full combat gear had been overdone.

Inside the secretive fraternities of Germany and Austria

Sexist, far-right and a thing of the past: Fraternities in Germany and Austria are getting a closer look since an anti-Semitic songbook came to light. How extreme are these student associations? (04.02.2018)

Inside Europe: An anti-Semitic songbook scandal in Austria