The notion of extra privileges for players has been dismissed by Victoria state premier Daniel Andrews. Novak Djokovic asked for fewer days in isolation while others have expressed their frustration at the conditions. 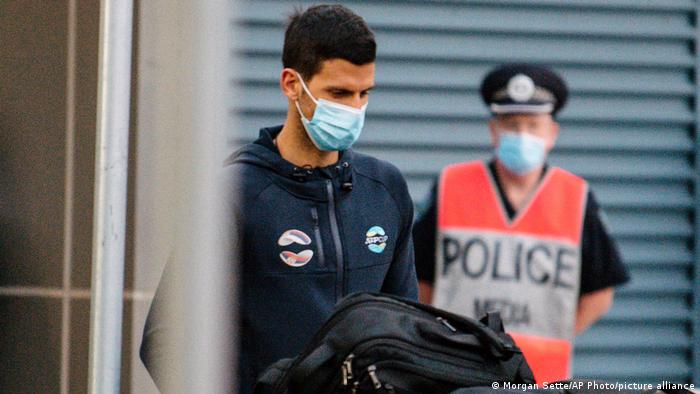 Novak Djokovic is reportedly seeking an ease on player restrictions

The number of tennis players in hard quarantine in Melbourne increased to 72 on Monday as all competitors were told they would not be afforded any "special treatment" ahead of next month's Australian Open.

In total, nine people have tested positive among players, coaches and airline staff who have arrived down under ahead of the first major in the tennis calendar, due to start on February 8.

Despite this, men's world number one Novak Djokovic has reportedly sent a letter to Tennis Australia boss Craig Tiley with a list of demands, including allowing players to move to private homes with tennis courts and to spend less time in isolation if they repeatedly test negative.

But that notion was given short shrift by Victorian Premier Daniel Andrews who told reporters: "People are free to provide lists of demands but the answer is no."

Some players have expressed surprise at the stricter rules, suggesting they were not aware that if someone on their flight tested positive, they would have to adhere to a hard 14-day quarantine, without the opportunity to practice. 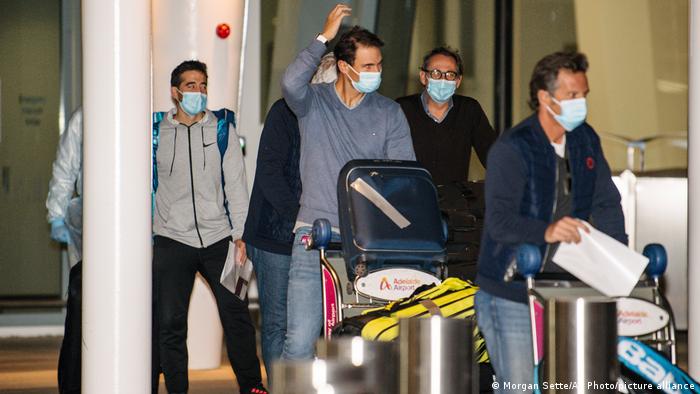 Rafael Nadal is among a select few in Adelaide ahead of an exhibition tournament due to take place on January 29, featuring Serena Williams, Novak Djokovic, Simona Halep, Dominic Thiem and Naomi Osaka

However, Andrews stated all competitors we briefed before they started their journey to Australia. "I know that there's been a bit of chatter from a number of players about the rules," he said.

"Well, the rules apply to them as they apply to everybody else, and they were all briefed on that before they came... There's no special treatment here. Because the virus doesn't treat you specially. So neither do we."

The strict conditions have not gone down well with a number of players, who were quick to express their frustration on social media.

She apologized to Australians on her Twitter page as she said: "Your reaction to this tactless comment made me realize what you've been through last year & how much you suffered," she wrote. "I guess I feel a bit anxious about all this & I better have shut my mouth."

Meanwhile, other players have been posting videos of ways they have been maintaining their form, even whilst in isolation.

Uruguayan Pablo Cuevas, another tennis professional in strict isolation, posted videos on social media of hitting a ball against an upturned mattress in his room and also "surfing" on his bed, as he acclimatized to both the Australian way of life and quarantine in his hotel room.

And Swiss world number 12 Belinda Bencic seemed to be enjoying herself, as she struck balls against her window in an effort to keep up her rhythm.

Foreign Minister Heiko Maas' remarks contrast with the rest of Chancellor Angela Merkel's cabinet. Officials oppose easing restrictions for those who have been vaccinated, fearing it will lead to inequalities in society.

Astronomers discover nearby 'super-Earth' 1h ago

US Capitol police tighten security after new threats 2h ago