Australia's preparations for the tournament remain difficult. Some quarantined players have complained that they need access to tennis courts so they can train, but others rallied around the country's strict controls. 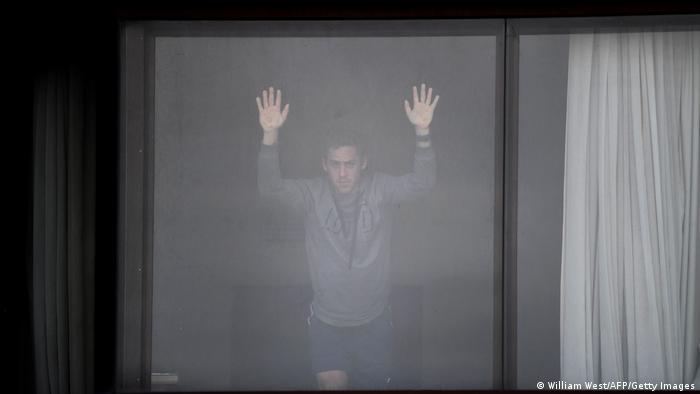 Australian authorities on Tuesday said that three new coronavirus cases have hit the first tennis grand slam of the year.

Two of the new cases are players, and a third person is reportedly associated with the Australian Open. Nine people have been infected with the virus since more than 1,000 people arrived in largely COVID-19 free Australia on charter flights last week.

The tournament, which is now scheduled to start on February 8, has been delayed three weeks since players tested positive for coronavirus in Melbourne. The city came out of a four-month lockdown in October.

There are currently 72 players undergoing 14 days of hard quarantine in their hotels after cases were identified on their charter flights.

Isolated Australia has otherwise stopped the vast majority of tourist visits and international travel during the pandemic.

Media reports suggest that some players may be allowed to leave their rooms for practice before the quarantine period ends.

Victoria state Premier Daniel Andrews said some of the cases linked to the tournament would be reclassified as "non-infectious shedding."

"If you've got say 30 people who are deemed a close contact because they've been on a plane with a case, and the case is no longer an active case but a historic shedding, well that would release those people from that hard lockdown," Andrews said. 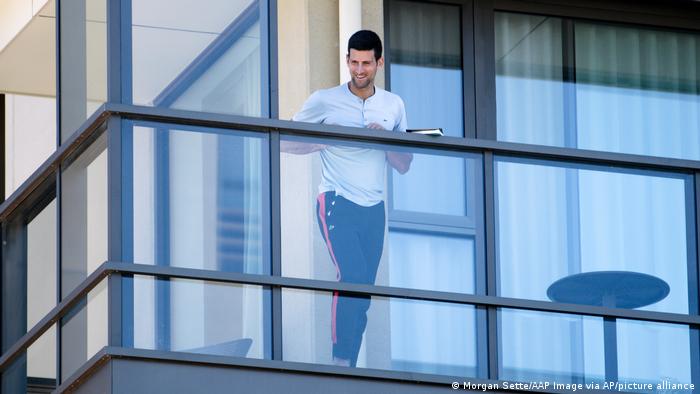 Some players expressed surprise at the hard quarantine rules, suggesting they were not aware that if someone on their flight tested positive, they would have to adhere to a 14-day quarantine, without the opportunity to practice.

Men's world number one Novak Djokovic reportedly sent a letter to Tennis Australia boss Craig Tiley with a list of demands, including allowing players to move to private homes with tennis courts and to spend less time in isolation if they repeatedly test negative.

But that notion was earlier rejected by Andrews, who told reporters: "People are free to provide lists of demands but the answer is no."

Australian media decried Djokovic's request as selfish, showing images of him not wearing a mask in a players' minibus. Australian star Nick Kyrgios, himself known for his outspoken views, decried his Serb rival as "a tool."

Djokovic, a fan of alternative medicine and vaccine skeptic, has already made international headlines once during the pandemic. Last summer, he organized an invitational tournament in the Balkans, only to then become one of several players there who tested positive for COVID during the event.

Nowak Djokovic beat himself by losing his cool and striking a line judge with the ball at the US Open. The Serbian, who was then disqualified, is far from the first tennis star to lash out in a moment of frustration.