Triumph the koala was rescued with only three legs. Now, he climbs and runs with his new prosthetic foot and is "exhausted" from all the attention it is bringing him. 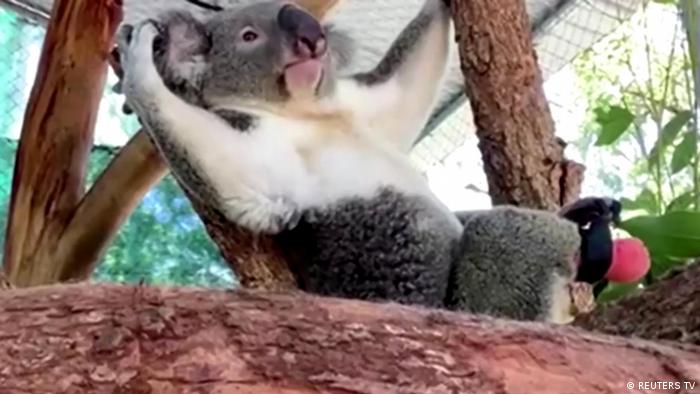 An Australian dentist fitted a male koala born without a foot with a new prosthetic one, Australia media reported on Monday.

Triumph, who was rescued in northern New South Wales in 2017, has been reportedly climbing and running with his new foot.

Veterinarian nurse Marley Christian had rescued Triumph after she found him next to his dying mother with only three feet. She told the Reuters news agency that the prosthesis had given Triumph a new life.

"Once I put the little boot on him and he did this little jump, then he was running around and climbing, I actually cried," she added.

"It's the best thing that ever happened. I would do absolutely anything for this boy."

Christian is Triumph's primary carer at the Friends of the Koala center in Lismore, a town 136 kilometers (84.51 miles) south of Brisbane.

A dentist has a breakthrough

Until a dental prosthetist in Lismore, Jon Doulman, volunteered to help Triumph.

"I take impressions of mouths, and all dentures are different, and it just dawned on me that I should have a go and see if I can manufacture something for him," Doulman told ABC.

Triumph's new prosthetic foot is pink, with a velcro strap to help keep it on his leg and a tread on the bottom for a better grip while climbing.

On Saturday, Friends of the Koala center said on Facebook that Triumph "is exhausted after all the attention he's been getting lately."

"He said he'll get back to you about that autographed photo."