The world's first leg prosthesis to transmit "feelings to its wearer" has been unveiled in Vienna. The announcement comes amid significant technological advances in artificial limbs and neuroscience. 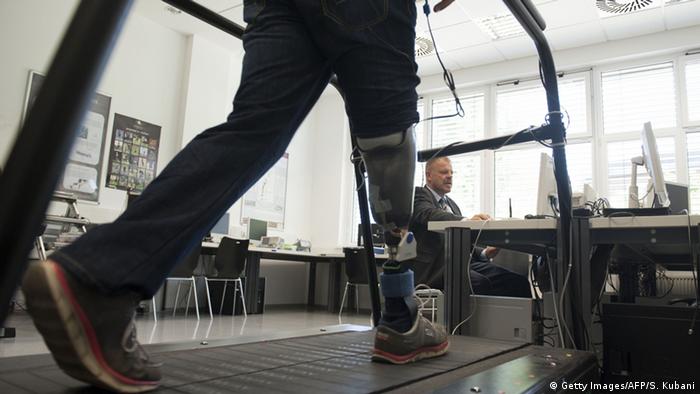 Research conducted by the Research Group for Arm and Leg Prostheses Linz (ReALL) has lead to the simulation of feeling in leg prosthesis, increasing the wearer's "safety when in motion."

"For the first time in history, an Austrian team of researchers has successfully fitted a human being with a leg prosthesis that sends feelings to its wearer," a statement by the research group said. 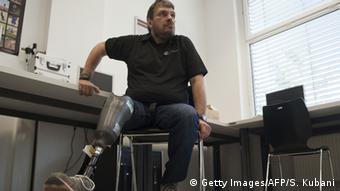 "It feels like I have a foot again," Wolfgang Rangger, who is a patient in Linz, told news agency AFP

The technology works through foot nerve endings from the stump being rewired to healthy tissue located near the patient's skin surface in the thigh, AFP news agency reported.

Six sensors are then holstered to the foot sole of the prosthesis, which is linked to stimulators inside the shaft where the stump is fitted, allowing the patient to receive sensations from the prosthetic leg.

"This marks a revolution in prosthesis research…The new prosthesis is perceived to be much more similar to the original limb and helps to let torturous phantom pains subside," the statement added.

A live demonstration of the technology was exhibited at a press conference in Vienna.

Prosthetic technology has made significant advances in the last year.

In May, "Science Magazine" revealed that Erik G. Sorto, who became a quadriplegic after suffering a gunshot wound when he was 21, was able to move robotic limbs through his thoughts during a clinical trial collaboration between Caltech, Keck Medicine of the University of Southern California (USC), and Rancho Los Amigos National Rehabilitation Center.

"We implanted two micro-electrode arrays in his brain and the arrays would record directly from the firing of the neurons or the ells in the brain. These recordings would be decoded by algorithms," said Charles Y. Liu, neurosurgeon at Keck Medicine, USC.

"These decoding algorithms would then be used to move a robot arm just with his thoughts," Liu added.

Sorto said that the technology has given him "a new look at life."

"To see that there is some kind of hope out there for us. I can someday see this helping so many different people," Sorto said.