Australian authorities have doubled down on the location of a missing Malaysia Airlines jet, saying it is likely north of the former search zone. The new report offers hope to family members that the plane may be found. 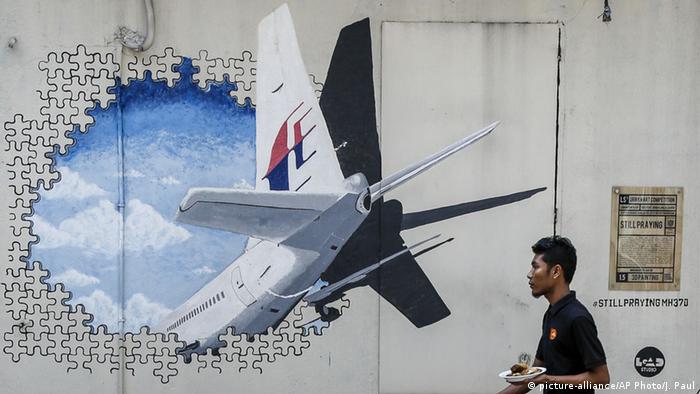 Australia's top science agency released a new report on Friday, saying that missing flight MH370 is "most likely" located just outside the original search area in the southern Indian Ocean.

The Commonwealth Scientific and Industrial Research Organization (CSIRO) said it was confident that the Malaysia Airlines jet is located in a 25,000 square kilometer (9,653 square mile) area in the Indian Ocean - the area the agency suggested last December.

CSIRO probed their theory by testing an actual flaperon - a two-meter wing part - that was identical to one discovered at La Reunion Island off of Madagascar in 2015. The part was later confirmed to have come from the missing airliner, but was outside the original search area.

The new tests involved cutting down the flaperon to match photographs of the wing part from MH370 and seeing how it responded to wind, waves and ocean currents.

"We cannot be absolutely certain, but that is where all the evidence we have points us, and this new work leaves us more confident in our findings," Griffin said.

The report was welcomed by Australian Transport Minister Darren Chester, who said it had been passed on to Malaysia.

"The CSIRO report has been provided to Malaysia for consideration in its ongoing investigation into the disappearance of MH370," he said in a statement.

Chester also said that a new search for the plane was not possible because the data did not provide a "specific location" for the aircraft.

Australia, Malaysia and China's vast underwater hunt for the missing jet off Australia's west coast was halted in January when no trace of the plane was found in the original 120,000 square kilometer search area.

The Boeing 777 disappeared on March 8, 2014, while flying from Kuala Lumpur to Beijing with 239 people on board.

The original search area in the southern Indian Ocean was based on satellite "pings" and calculations of how much fuel was on board MH370. It was also the most expensive undersea search of its kind.

Relatives and friends of those on board pleaded for the search to be continued following the December analysis by Australian and international experts that said the plane was not in the original zone but was most likely further north.

The relatives announced in March that they planned to raise millions to fund their own search for the aircraft.

In a DW interview, K.S. Narendran, whose wife was aboard the Malaysia Airlines plane MH370, expresses his dismay at the abandonment of the search for the missing aircraft. He says the families still need answers. (17.01.2017)