Transport officials from Australia, Malaysia and China met on Monday in the Western Australia state capital of Perth to greet the crew of the ship that led the search, the Fugro Equator, as it returned to port.

The governments of Australia, Malaysia and China last week announced they had officially suspended the almost three-year search for the plane in the Indian Ocean. This followed a sweep of 120,000 square kilometers (46,000 square miles) of the ocean bed. 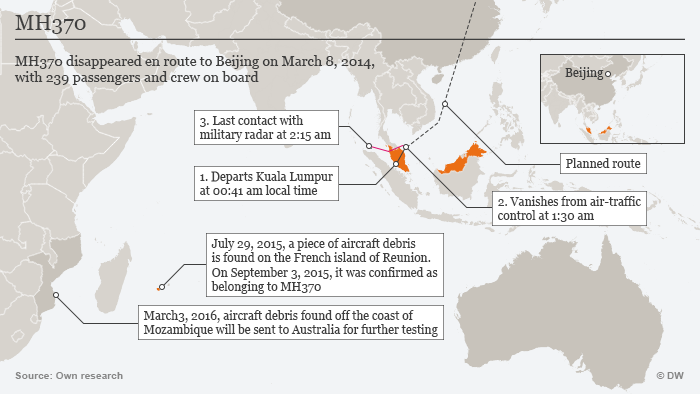 In a report released in December by the Australian Transport Safety Bureau, experts recommended for a search to continue in a new 25,000 square kilometer area to the north of the searched zone. The investigators calculated the possible new crash site by reanalyzing satellite data that tracked the plane's movements and looking at a new drift analysis of debris that has washed ashore on coastlines throughout the Indian Ocean.

"It's highly likely the area now defined by the experts contains the aircraft, but that's not absolutely for certain," said Greg Hood, the chief commissioner of Australian Transport Safety Bureau that was leading the search. 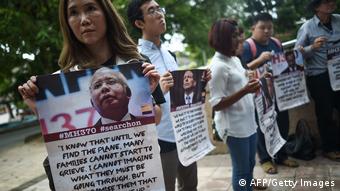 Relatives of missing passengers have campaigned for the search to continue

Hood meanwhile told reporters his department would have liked to continue the search and bring closure to the families of those on board.

"Having met a number of family members personally, they continue to have protracted and prolonged grief. I'm profoundly sorry for these people," Hood said.

Relatives of the passengers from the missing plane have criticized authorities for announcing the suspension of the search that cost the three countries more than $160 million.

Malaysian Transport Minister Liow Tiong Lai said he was meeting later Monday with a representative of the families to hear their concerns, but said Malaysia had no plans to fund a new search based on the investigators' recent recommendation.

"We need more credible evidence before we move to the next search area," Liow said.

Liow said the investigation into the plane's disappearance would continue.