Australia's central bank has slashed interest rates for the third time since June in a bid to boost the flagging domestic economy. The rate cut comes after the country recorded its weakest annual growth in a decade. 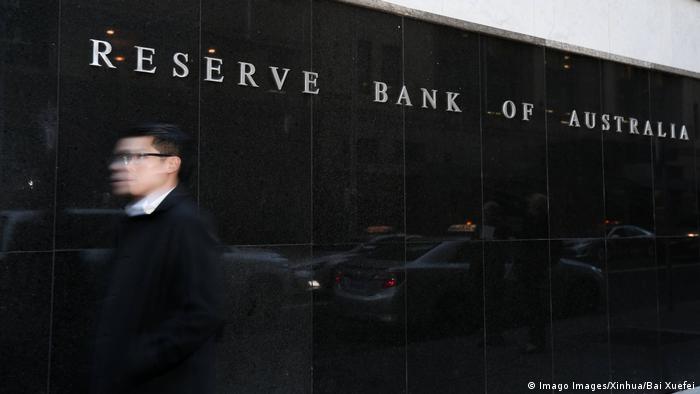 The Reserve Bank of Australia (RBA) announced Tuesday it had cut its benchmark interest rate by 25 basis points to a historic low of 0.75%.

The move aims to spur growth and extend Australia's 28-year run without a recession amid fears about the country's weakening economy.

"The economy still has spare capacity and lower interest rates will help make inroads into that," he said in a statement.

It's the third time the cash rate has been lowered this year following reductions at the RBA's board meetings in June and July. Before that, the rate had been steady for almost three years.

Read more: US Federal Reserve lowers interest rate for first time in over a decade

"The US-China trade and technology disputes are affecting international trade flows and investment as businesses scale back spending plans because of the increased uncertainty," Lowe said.

He added that the RBA's board "is prepared to ease monetary policy further."

Australia's central bank says falling commodity prices and weakening demand in the mining sector are behind its decision to cut the nation's benchmark interest rate to a new record low. Economists had expected the move. (05.05.2015)

The US Federal Reserve has cut interest rates twice in the last decade, both coming in the last seven weeks. Yet for Donald Trump and some dissenting voices, it's nowhere near enough. (19.09.2019)