Australia's central bank has cut interest rates to a new record low in a bid to jolt the nation's sluggish economy and drive up inflation. Consumer price hikes have been well below the bank's own target. 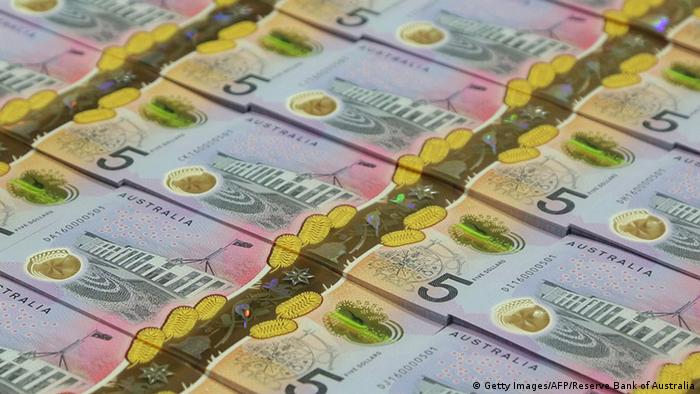 The Reserve Bank of Australia (RBA) on Tuesday cut its benchmark interest rate by 25 basis points to a record low of 1.5 percent. The move means the lender has reduced rates by a total of 300 basis points since November 2011.

Tuesday's decision came as the central bank continued its effort to support a national economy shifting towards non-resources growth after a mining investment boom.

Economic data released on the same day showed a widening trade deficit and slumping building approvals, which point to slower economic expansion in the second quarter of the Australian financial year.

Better, but not good enough

The country has been growing more strongly than most of the world's advanced economies, but, like others, is struggling to kick-start inflation with oil prices subdued and global trade tepid.

Consumer prices fell to a 17-year low of just 1 percent in the April to June period, well off the central bank's target band of 2 to 3 percent.

"The board judged that prospects for sustainable growth in the economy, with inflation returning to target over time, would be improved by easing monetary policy," RBA Governor Glenn Stevens said in a statement.