Former employees from a salmon processing factory are accused of siphoning off 600kg of salmon per day for several months to resell or trade. The stolen salmon was worth millions of Australian dollars. 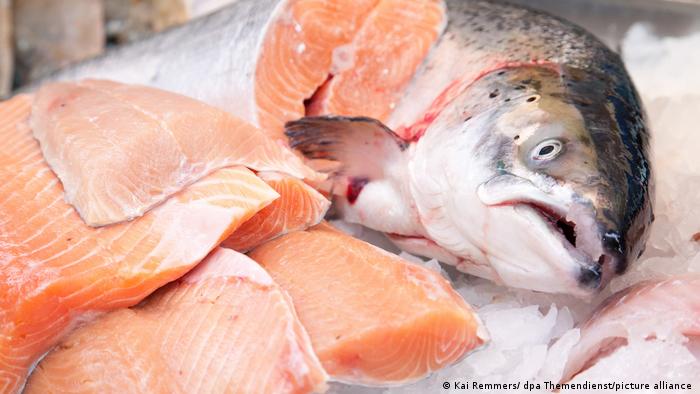 The stolen salmon was worth millions of Australian dollars

Five factory workers in Australia were charged with stealing up to 250 tons of salmon in the span of six months from a processing plant in Sydney, New South Wales police said on Monday.

The stolen salmon was worth around 4 million Australian dollars (roughly €2.5 million).

The investigation began in December 2020, when their employer sounded the alarm with authorities. The chief of the salmon farming and processing company realized that daily production was down some 600 kilograms of salmon for no apparent reason at a processing plant at Ingleburn, south-west Sydney.

Investigators descended on the plant and conducting interviews. Their efforts resulted in the arrests of two women, aged 30 and 31, and three men, aged 30, 32 and 49; all thought to have been part of the operation.

"The syndicate used their roles within the company to falsely grade premium salmon products as waste, which was then removed from the plant and transported for on-sale or traded for other product," the police said in a statement.

All five suspects have since been fired from their jobs.

Two of the men were out on bail, while the other three people remained in detention until their court appearance, scheduled for February.

Australian police arrested a man in Sydney over the 1988 hate crime killing of Scott Johnson, a gay US national. Two months ago, Johnson's family had doubled the police reward in the case to AU$ 2 million.

Australia's ACCC consumer watchdog is taking Facebook to court over the Onavo Protect VPN service which Facebook was forced to shut down in 2019. The ACCC alleges it misled consumers into thinking their data was private.

The notion of extra privileges for players has been dismissed by Victoria state premier Daniel Andrews. Novak Djokovic asked for fewer days in isolation while others have expressed their frustration at the conditions.