Myanmar's parliament has approved a new post for Aung San Suu Kyi. Banned by the constitution from becoming president as her children hold foreign citizenship, her new role is similar to that of a prime minister. 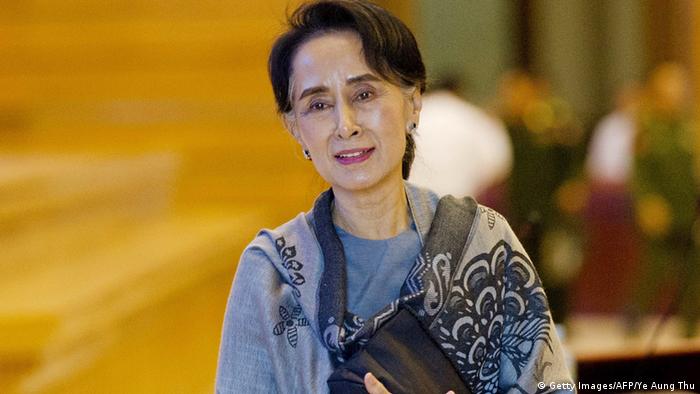 The bill establishing the position was opposed by the military's representatives in parliament. It passed easily, however, because of the large majority that Suu Kyi's National League for Democracy (NLD) won in November's election.

"It is difficult for the military representatives to continue participating if (the bill) is voted through without review," military MP Brigadier General Maung told the chamber.

The bill must be signed by President Htin Kyaw - a close ally of Suu Kyi - before taking effect.

Under the constitution drafted by the former military regime, military representatives hold 25% of parliament's seats. They boycotted Tuesday's vote, standing in protest.

China was the main ally of the former military government and has been criticized for allegedly exploitative and environmentally unsound projects in Myanmar, including a mega-dam and mines in the country's northern Kachin state, a gas pipeline in western Rakhine state, a large copper mine in central Myanmar and several special economic zones.

Wang congratulated Myanmar on installing its first civilian government in decades and declared that China would work only on projects that were beneficial to both countries. 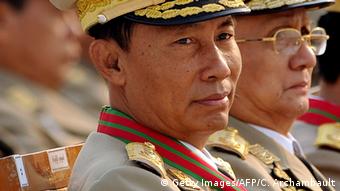 Suu Kyi described relations with China as "very important politically as well as socially and economically." With a cumulative total of $15.4 billion of approved investments in Myanmar, China is by far its largest foreign investor, despite reforms in recent years that have seen Western firms surge back.

Wang meanwhile said his government was eager to "build more confidence" between the nations and vowed that China would support Myanmar's process of national reconciliation. "China is a good neighbour to Myanmar. We want to improve the relationship between the two countries," he said through an interpreter.

Fighting in the border region of Kokang last year between the Myanmar army and local rebels with links to China also strained relations. 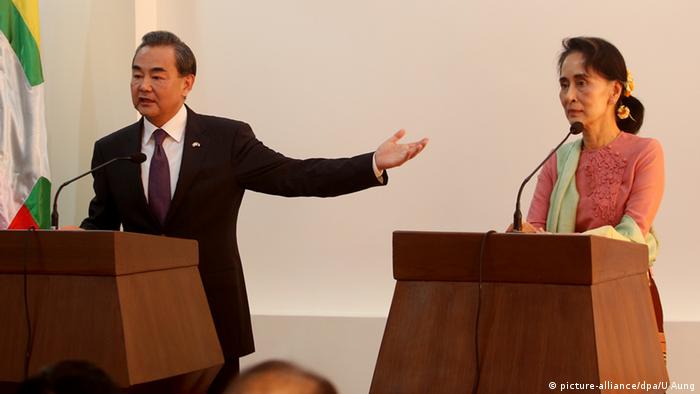 From general to monk

The retired junta general - Thein Sein - who steered the country's last five years of reforms has temporarily become a monk, state media reported. This only a few days after ceding power to a new government led by Aung San Suu Kyi's pro-democracy party.

A shaven-headed Thein Sein wearing his trademark spectacles and draped in the deep maroon robes of the Buddhist clergy was seen on social media.

Thein Sein, a former junta general, led Myanmar's quasi-civilian transitional government through five years of reform. The 70-year-old handed power to Suu Kyi and her proxy president Htin Kyaw last week. He is expected to continue to lead his army-backed party, now in opposition after the November poll.

The new civilian administration, sworn in on March 30, faces a host of economic challenges as it inherits the government of the impoverished nation from the military. It also faces tensions with the military which ruled for almost half a century.

The swearing in of Htin Kyaw on Wednesday marks the final act of a political transition from military junta to civilian rule. The role will see him act as a proxy for pro-democracy figurehead Aung Sang Suu Kyi. (30.03.2016)

President-elect Htin Kyaw has said his government is planning a ministry to improve relations with minorities. Communal violence has affected tens of thousands of people in the country, including Rohingya Muslims. (21.03.2016)