Hildmann first became a celebrity as a TV chef and author of best-selling cookbooks. Now he is one of Germany's most radical coronavirus deniers and conspiracy theorists. Fearing arrest, he has left the country. 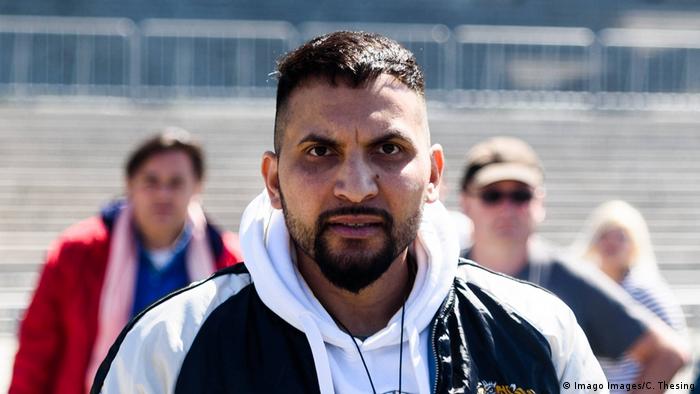 Since he fled from Germany to Turkey last week, Attila Hildmann has posted around 500 times on his own channel on the online messaging app Telegram. The postings consist of text messages, audio messages, videos and photos, including ones that show him in a martial pose. He repeatedly calls on his nearly 120,000 followers to use violence against the German state and "topple the regime from power."

But it is, above all, the Jews who are the target of his hatred. He dismisses them as "inferior human beings" and "scum." 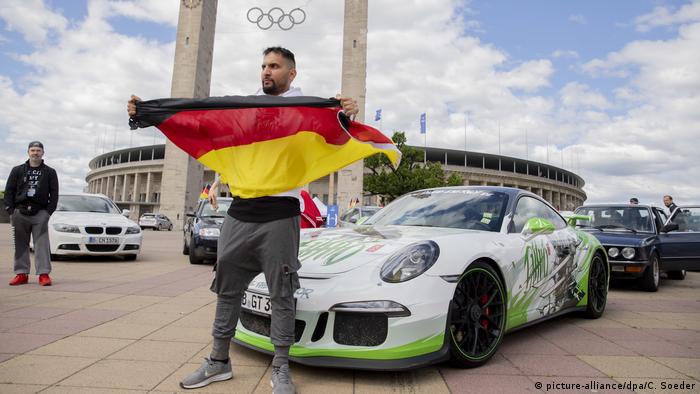 Hildmann made his name as the self-taught author of vegan cookbooks. But in the past 12 months he has turned himself into a dangerous rabble-rouser, says Pia Lamberty. The social psychologist is the co-founder of the Center for Monitoring, Analysis and Strategy (CeMAS), which brings together a network of experts from across Germany to create an early warning system against digital conspiracy theories, disinformation and far-right extremism.

Lamberty warns against the influence that Hildmann's rhetoric can have on others. His posts, she notes, all employ the language of war, with the message being: We are at war, so we are allowed to use the weapons of war. "Such narratives in combination with his overt anti-Semitism can really stir people up. Digital hate can have very real consequences," she says.

From overweight teenager to vegan celebrity

Attila Hildmann, 39, was born in Berlin. His Turkish parents gave him up for adoption when he was a baby, and he grew up with German adoptive parents. His foster father died when he was 19, with Hildmann convinced that excessive meat consumption was to blame. As a result, he became a vegan, began to do a huge amount of exercise and — so he claims — shed 30 kilos (66 pounds). 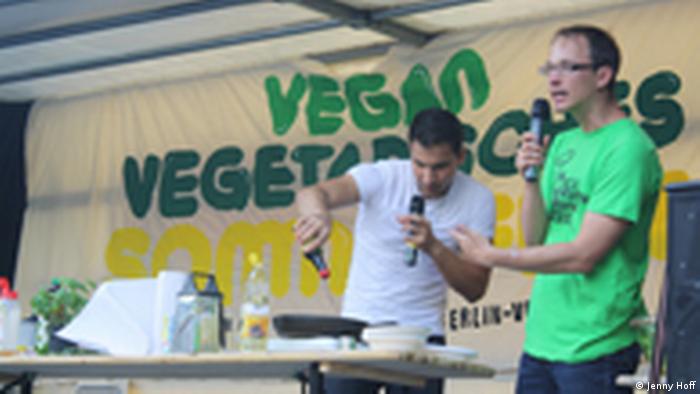 Attila Hildmann started a career as a vegan chef in 2009

In 2009, he began to write vegan cookbooks, selling more than a million copies. Hildmann picked up positive reviews in the mainstream media, where he was credited with turning his life around and winning the battle against his old lackluster self: "I went from being a pudgy loser to somebody who can really motivate others," said Hildmann of himself.

But when the reviews were less friendly, the self-appointed "vegan king" revealed a nasty side. In 2017, Hildmann opened a vegan snack bar that was slammed by one reviewer. Hildmann responded with a Facebook post saying that he would like to have "stuffed the French fries down the wannabee journalist's throat." But Hildmann mainly used his social media profile to build a market for his vegan products.

Then, beginning in March 2020, he found a new focus for his energy: the coronavirus pandemic. And that new focus went hand in hand with a new favorite platform: the alternative messaging platform Telegram, where his channel currently has 118,000 subscribers.

Attila Hildmann wasn't exactly holding back when, on April 28, 2020, he began to map out where he wanted to go next. The backdrop: three circles in black, red, and white. In other words, the colors of the notorious former Germany Imperial War Flag, employed today as a rallying banner for far-right groupings. It was quite literally a taste of what was yet to come.

On Telegram, he can still express his opinions without inhibition. But with his views becoming increasingly radical, other social media platforms have tried to police his content. Instagram has completely blocked his account, YouTube partially.

Hildmann has a long record of provocation. Back in 2015 — a time when thousands of refugees were making their way to Germany — he called integration efforts here a "sensitive topic" and warned that they would lead to "the self-mutilation of German values and culture." Since then, his statements have only become even more provocative.

"His goal is probably to shock people and smash taboos simply in order to get as much short-term attention as possible," explains Pia Lamberty. 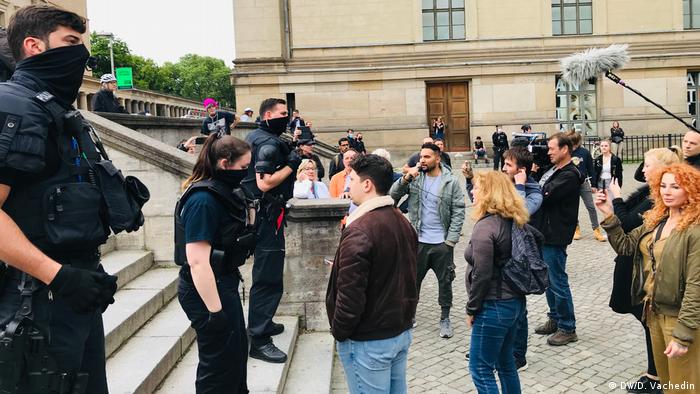 Meanwhile, Miro Dittrich, a researcher into far-right online cultures and anti-Semitism on the internet, who's set to shortly join the CeMAS network, also sees a yearning for attention as central to Hildmann's behavior. The first lockdown in the spring of 2020 "destroyed the successful chef's business model overnight." What's more, he adds, he was immediately out of the public eye.

But now, on his Telegram channel, Hildmann has found "a community that gives him all the attention he needs." But Hildmann couldn't stop texting himself into even deeper trouble. And his hate-filled frenzies have taken him beyond the bounds of legality.

Since May 2020, police in the eastern German state of Brandenburg have been probing allegations of hate speech against Hildmann, and state prosecutors are now due to take over the investigation in June.

In November 2020, investigators from Brandenburg first searched Hildmann's apartment, confiscating a number of computers, laptops, mobile phones and other storage devices. Just a short while later, the data and documents were added to those held by state prosecutors in Berlin, who then initiated a full criminal investigation on charges of inciting public hatred. But before the investigation had led to any kind of a conclusion, Hildmann disappeared.

On 25 March, state prosecutors in Berlin confirmed that Hildmann was in Turkey and issued an arrest warrant against the former TV chef, who holds both German and Turkish citizenship. On the same day, Hildmann himself used his Twitter account to confirm his whereabouts. 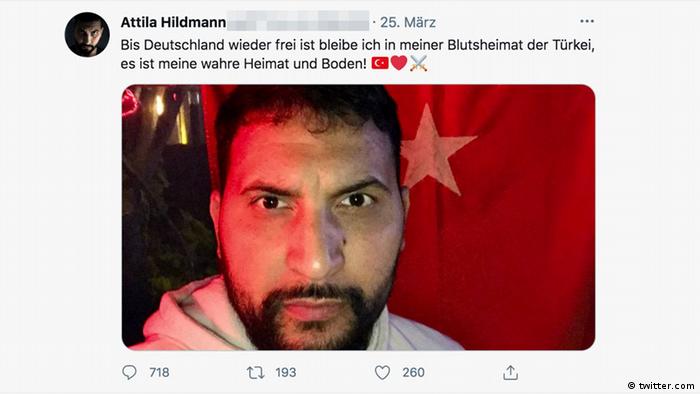 His flight from justice in Germany has had a significant impact on Hildmann's community of fans and admirers, who have idolized him for playing cat and mouse with the German authorities. "In essence, it's highly embarrassing for the security apparatus that they were caught napping for so long and managed to let him get away. It had long been clear what way he was going to go. They should have reacted much earlier, and that they didn't is really shameful," says Miro Dittrich.

Asked whether Germany would be submitting an extradition warrant to the Turkish authorities, the spokesman for the Berlin state prosecutors said it would be difficult because of Hildmann's Turkish citizenship.

For the time being, the last word in the Hildmann case is to be found in a Tweet posted by the state prosecutor's office: No execution of an arrest warrant is to be expected in the near future.

The coronavirus pandemic has shown just how susceptible people are to believing misinformation and conspiracy theories. What are the psychological reasons for this?