Crowds gathered outside the Georgia State Capitol in protest against the shootings that killed eight people, including six women of Asian origin. They called for an end to the mounting anti-Asian hate in the US. 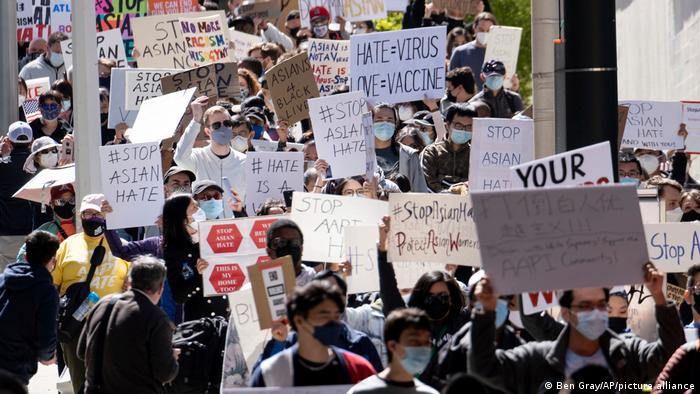 Hundreds of people rallied outside the Georgia State Capitol in Atlanta on Saturday to denounce violence against the Asian-American community after eight people, including six women of Asian descent, were killed in shootings at three spas earlier this week.

Demonstrators of all age groups and ethnic backgrounds were seen waving American flags and carrying placards that read "We are not the virus" and "Stop Asian Hate."

US Senators Raphael Warnock and Jon Ossoff and Georgia state Representative Bee Nguyen — the first Vietnamese-American to serve in the Georgia House — were among those who spoke at the event.

"I just wanted to drop by to say to my Asian sisters and brothers, we see you, and, more importantly, we are going to stand with you," Warnock said as he was met by a cheering crowd and passing cars honking their horns in support of the rally.

"We're all in this thing together," he added. 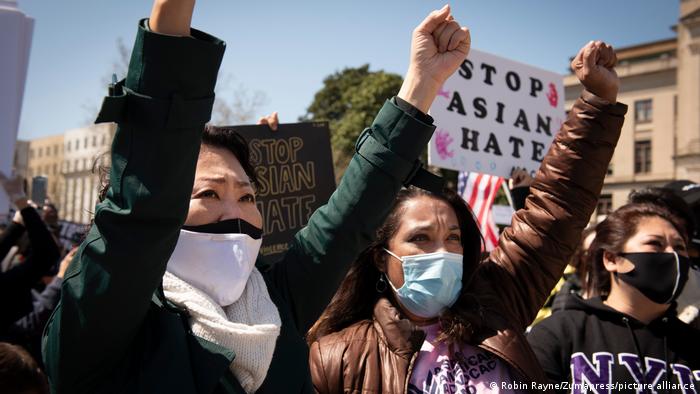 On Tuesday, four people were killed and one person was injured at a massage parlor in Cherokee County.

Shortly after, shootings also took place at two Atlanta massage spas which are situated across the street from each other, leaving four more people — all women — dead.

The police charged a 21-year-old white man for the shooting.

The suspect,  Robert Aaron Long, has admitted to the shootings, but he maintains they were not racially motivated.

He claimed to have a "sex addiction," with authorities saying he was triggered by what he saw as sources of temptation.

However, lawmakers and anti-racism activists have said that anti-Asian bias could have been part of the motivation.

The killings come at a time of growing anti-Asian hate in the country.

Community leaders have attributed the hate to Asian-Americans being blamed for the coronavirus pandemic.

President Joe Biden has at last made lynchings in the United States a federal hate crime after more than a hundred years of delays.

In the United States, African-Americans are more likely to live in poverty than any other ethnic group.