A military aircraft has crashed in Egypt, killing six soldiers and wonding a seventh, state TV reports. The incident is thought to be a result of a "technical failure". 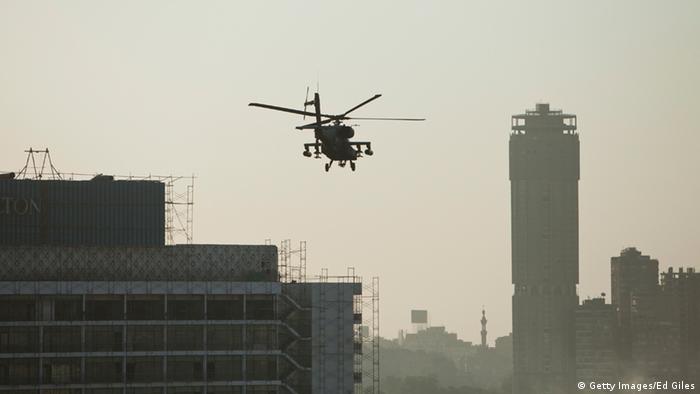 An Egyptian military helicopter crashed southwest of Cairo on Sunday, killing six soldiers and wounding one, according to state-owned broadcaster, Channel One.

"A technical failure led to the crash of an aircraft carrying troops in Kom Aushim in Fayoum province," Brigadier Mohammed Samir said in a statement, adding that Army Chief Sedky Sobhy had ordered an investigation into the incident.

Earlier on Sunday, at least two police officers were killed and five injured in a blast in downtown Cairo, health officials said. Security sources said the bomb exploded on a footpath under the "26 July Bridge" in the neighborhood of Boulaq Abu Eila.

Former top members of the now blacklisted Muslim Brotherhood have been sentenced to life in jail - a term that amounts to 25 years. Around 15,000 of the group's members and supporters have been arrested since last year. (15.09.2014)