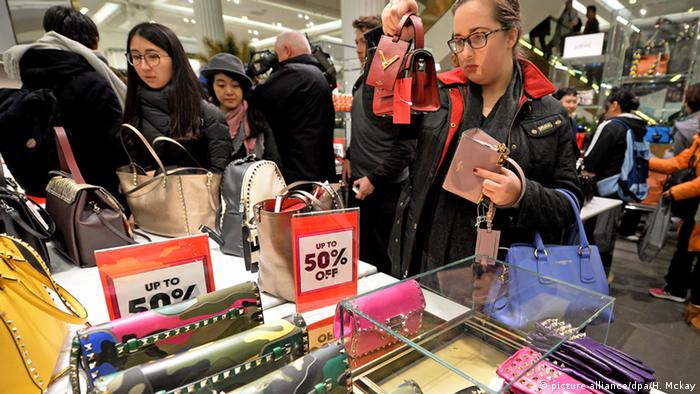 Nearly 11,000 stores — owned by traditional retailers like Sears, Walgreens and Gap — are anticipated to close before the end of the year, as the US sets a new record for lost retail space.

The mass closings phenomenon began in the early 2010s as a result of the growth of online shopping, but the sudden pace of the closures has been billed by the US media as a "retail apocalypse."

A similar story is unfolding in Britain, where the media regularly forecasts "the end of the High Street." Some 5,800 stores shut down in the UK in 2017, and around 10,000 are expected to close before the end of the year, according to the UK Centre for Retail Research.

Skeptics have long bemoaned that as the legacy retailers abandon their stores, many UK town centers have become cluttered by thrift stores (charity shops), bookmakers and "everything for a pound" stores. But now even the big discount chains are struggling. Just recently, Poundworld went into administration, which could potentially see its 335 stores shuttered.

The incredible growth of e-commerce in both the US and Britain, and the failure of the long-established brick-and-mortar retailers to adapt, has meant mass store closures can no longer be delayed in the name of reputation protection.

"Closing swathes of stores is no longer seen as the characteristic of a retailer on the brink of failure, and this has encouraged more retailers to announce the shutdown of underperforming stores,” Deborah Weinswig, founder and CEO of the New York-based Coresight Research, told DW.

In the US, JC Penney and Macy's are among the big names to announce the shrinking of their retail portfolio, while in Britain, respected brands including Marks and Spencer and Mothercare are to shed stores in order to bolster profits.

Some retailers have even declared bankruptcy to pressure mall owners and other landlords to renegotiate their rents.

Weinswig cited data from research firm RetailNext showing US shopper traffic fell by nearly 8 percent in 2017, something she said was felt most sharply across specialty and larger-format stores.

Those large US malls (regional malls) that draw in consumers from a 25-50 mile (40-80 kilometer) radius have been heavily impacted by the closures, as apparel-focused department stores are often among their anchor tenants, she added.

Neither is a buoyant US economy a sufficient enough confidence boost for retailers to delay the closures. Instead, many are finally facing up to the long-standing issue of chronic oversupply.

"There is about 25 square feet of retail space in the US for every citizen, compared to the European Union where it's anywhere from 2 square feet to six square feet per person,” said Garrick Brown, Vice President of Retail Intelligence at the commercial real estate broker Cushman and Wakefield. 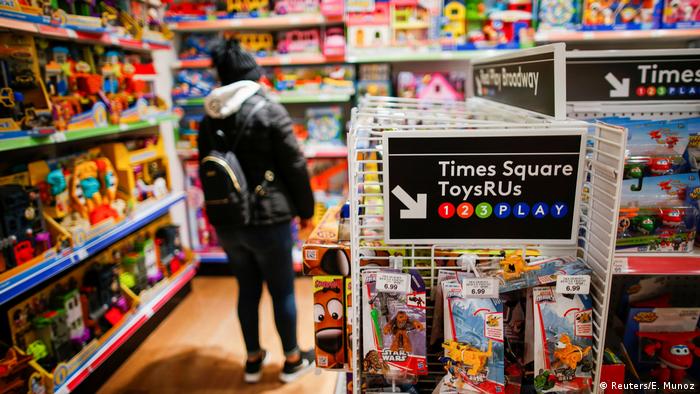 Amazon, of course, has led the new dominance by online retailers, but its decision a decade ago to open huge fulfillment centers in most major US metropolitan areas totaling 110 million square feet of space has sped up the need for structural change by the rest of the retail sector.

"They (Amazon) now have same-day or next-day delivery capabilities in about 90 percent of US markets, which is helping the e-commerce sector grow at between 15 and 20 percent per year,” Brown told DW.

Traditional US retailers, meanwhile, face two other threats; one from "race to the bottom" discounters, including Ross Stores, TJ Maxx and Burlington, who Brown sees as much of a threat to department stores as e-commerce. The other danger comes from changing demographics.

Millennials tend to spend more of their disposal income on experiences than on goods, and when they do open their wallets, they are very value-oriented, Brown explained, which again makes bleak reading for legacy retailers like Sears.

Coresight Research's Weinswig insists the US retail landscape remains resilient, thanks to new players and growing brands, including Germany's Aldi and Lidl, or TJ Maxx and Ulta, each of whom are opening hundreds of new stores in off-mall locations.

She predicts that big US malls will continue to move away from apparel to focus instead on becoming entertainment venues, while Brown sees some 300 malls closing down altogether over the next five to seven years.

Although the UK's economy is still growing despite the uncertainty following its June 2016 decision to leave the EU, the British pound has lost almost 15 percent of its value, and retailers are struggling to absorb the subsequent price rises for imported goods.

"I've never seen anything remotely like this,” Hyman told DW. "It has all the hallmarks of an industry that is panicking.”

Just as in the US, well-respected British department stores like Debenhams and House of Fraser have allowed online players to gain the upper hand, while relative newcomers like discount apparel retailer Primark, which expanded rapidly in the early 2000s, now dominates the high street and yet still doesn't have a transactional website.

Retailers in the rest of Europe, including Germany and France, have so far been spared large-scale closures, partly due to a much lower market share to date for online retailers, as well as less over-indebted domestic consumers.

While many traditional European chains may be better protected, Hyman believes their store portfolios will soon come under pressure.

"What is happening here is going to happen in every developed economy, because online shopping is cannibalizing the retail sector, so the value of physical space has to reduce because there's less money going through it,” he told DW.

Surfing in a department store