More and more members of the cultural scene are taking action against intolerance and hostility toward Muslims. But why did it take so long for German artists to react to the anti-Islamization movement PEGIDA? 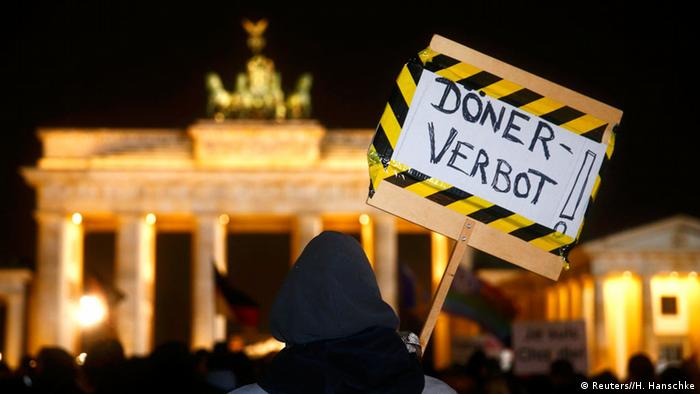 He put on his black suit, white shirt and black bow tie. Dusseldorf cellist Thomas Beckmann dressed up just like he would for one of his concerts, but this time he was playing on the street. "I wanted to send out a signal against intolerance and hatred," he explains. 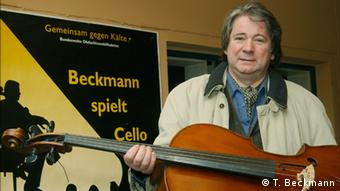 Last Monday evening, when local demonstrators in the movement "Patriotic Europeans Against the Islamization of the West" (PEGIDA) rallied in Dusseldorf, he set up his cello right among them. He bravely played Bach, while protestors loudly singing the "Song of Germany" tried to drown him out.

"Stepping into the lion's den was scary," he says. "But especially now, after the terrorist attacks in Paris, we artists need to speak out on behalf of tolerance and our free democratic state system. We cannot yield the field to the enemies of Islam."

Xenophobia, Beckmann feels, is "pathetic." For years he has been involved with "United Against the Cold", his initiative for the homeless. Now he is out on the streets fighting intolerance.

More and more musicians, artists and writers are now taking part in demonstrations against PEGIDA's anti-Islamization marches. They play instruments, give speeches or get involved in actions promoting humanity, respect and diversity. Last year, when PEGIDA's weekly rallies started in Dresden, the situation was very different. 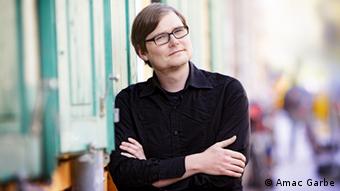 Michael Bittner, author and columnist for the Dresden newspaper "Sächsische Zeitung" was one of the few members of the creative scene to take a critical stance when the movement began.

"There's a split reaction towards the PEGIDA movement in Dresden," he says, "and that goes for artists too." According to Bittner, many positions in the Dresden cultural scene are occupied by conservatives who have at least a certain understanding of the fear of Islamization expressed by PEGIDA demonstrators. Others avoid taking a clear stand so as not to alienate their fans, as singer/songwriter Roland Kaiser discovered at the most recent march on Monday. At a rally in Dresden organized by the CDU, Germany's majority party, he spoke out against the anti-Islamization movement in front of 35,000 people but was booed by many PEGIDA supporters in the crowd, including his fans.

"PEGIDA took us by surprise," admits eastern German opera singer and actor Gunther Emmerlich. "We didn't expect these protests to become so popular." Emmerlich issued a call to all artists in the eastern part of the country to participate in anti-PEGIDA demonstrations. Writer Ingo Schulze also made a public statement this week, reporting on his first visit to a PEGIDA demonstration in Dresden. "I wanted to see it with my own eyes, because it helps me to get a differentiated view," he told Deutschlandradio. "Basically, I don't know what makes them tick."

That might be a reason artists have been reluctant to get involved. Dieter Rucht, a Berlin protest researcher and sociologist, claims the PEGIDA protestors have a scattered background. As he explained in an interview with DW, he believes the entire movement is only superficially about the fear of Islamization. Anxieties related to social decline, job losses, rising rents and sinking pensions are, according to Rucht, a stronger driving force for the PEGIDA supporters. Many of them no longer trust the political establishment. 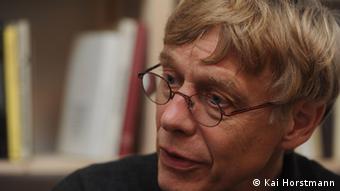 "Many artists thought PEGIDA was just a flash in the pan," explains the sociologist. Although increasing numbers of artists and cultural institutions now participate in actions against the movement, he would still like to see major cultural organizations take a stance.

Examining German protest movements in the past, Rucht observes that artists have rarely joined forces in larger initiatives: "Above all, they are individualists." 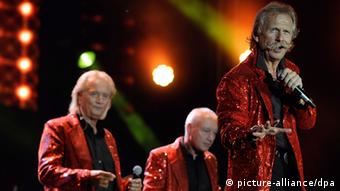 Commitment against intolerance is a matter of honor: Cologne band "De Höhner"

Exceptions now exist - for example in Dusseldorf, where 20 cultural institutions and associations have joined the organization "Düsseldorfer Appell." In Cologne, the musicians' initiative "Arsch Huh" (which could be translated as "Get Off Your Bottom") has long fought xenophobia.

"We're the longest-lasting musicians' initiative," the association's spokesperson and filmmaker Hermann Rheindorf proudly declares. Cologne musicians, including the band "De Höhner," have been organizing protest marches and demonstrations ever since the arson attacks on Turkish families in the northern German town of Mölln in 1992. Recent events have galvanized the scene once again.

"I think it's the duty of the artist to deal with social issues and take a position," says Rheindorf. He stresses, however, that Cologne is an exceptional city: "For decades we've had a very strong network of people here with different nationalities and cultures, all working for peaceful coexistence."

Members of the government and Muslim groups were among the many gathered at the Brandenburg Gate to promote interfaith understanding on Tuesday. 'We are all Germany,' President Joachim Gauck declared in his speech. (13.01.2015)