While most of Bonn's residents have forgotten the bunker intended to protect the population during World War Two, a group of ten artists has turned a concrete shelter into a modern art exposition space. 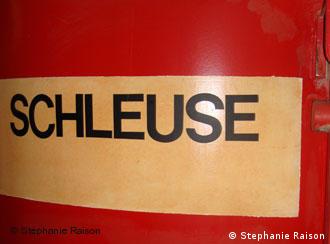 Bonn's Windeck bunker is rarely open to the public today

From the outside the Windeck bunker in the western German city of Bonn is an unremarkable white building covered with ivy. Inside it is a maze of cement passages covering several levels and usually filled with nothing more than army-issue mattresses, green metal folding beds and water purification tablets.

According Bonn’s emergency services the bunker could be used in the event of any future catastrophe, including a terrorist attack. 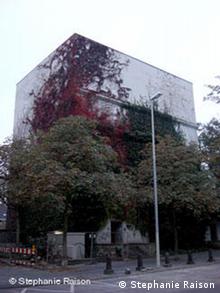 From the outside the Windeck bunker looks like a big cube

But this October the bunker has become a refuge for ten German artists who are participating in an exhibition called "Licht in den Bunker" or "Light in the Bunker." For exhibition organizer and artist Gabriele Lutterbeck the bunker is a unique and very German place.

"We had World War Two and we had the Nazi Regime which ended in a bunker," she said. "We wanted to use a space that was old and of no use today and which provides a very special atmosphere."

Built in 1940, the Windeck bunker was an air raid shelter for Bonn’s residents. Today it is closed to the public and this is the first time an independent art exhibition has been held in the space. Two previous exhibitions were organized by the city of Bonn in the bunker as part of local festivals.

While some of Bonn’s residents were glad to stay in the bunker during the war due to the protection it provided, many people today cringe at the thought.

"I'm not sure I want to stay in there -- the art is nice but everything else is horrible. It’s creepy because it makes us think about war and everything that could force us go there," Lutterbeck said. 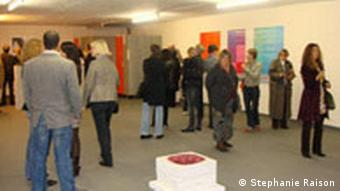 Only twenty people are permitted in the bunker at a time

"There's a strange sensation when you turn the big, red heavy door to go down into the bunker" she said.

On the other side of a red metal door marked Schleuse, or gate, visitors climb into a large, square cement room and see the Spartan green metal beds and mattresses, and the thin tin partitions that hide toilets behind them.

In the middle of the room Thomas Schneider's "Self-made SM-Chair," a wooden torture chair, immediately puts a chill in the room. Opposite the chair, stuffed colored parrots are arranged behind a glass frame. 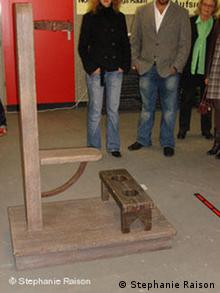 The "Twin-Tower-Cigarette Lighter," a cigarette lighter decorated with the skyline of New York with the World Trade Center still standing, is Schneider’s third work exhibited. The top of the cigarette lighter is open, splitting the design and cutting the towers in two.

Lutterbeck said the artists decided to exhibit their existing works or create pieces specifically for the exhibition that would relate to a wartime bunker and the themes associated with it.

Connecting with Germany's Nazi past

"I really went into the Nazi story because this bunker, although it was changed and maintained, is really a World War II bunker," she said

Her series of blue sketches are a reaction to the Lebensborn Project – a Nazi SS program that set up maternity homes where women of "pure blood" could bear children who fitted the Nazi's preferred racial profile. 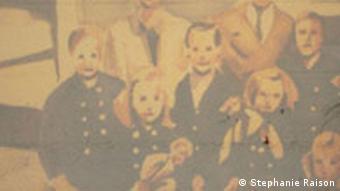 Lutterbeck's work is her personal reaction to the bunker

Lutterbeck's second work features the six Goebbels children who died in Berlin bunker. Their mother, Magda, who was married to Hitler's propaganda minister Joseph Goebbels, allegedly killed the children with cyanide capsules in Hitler's Führer bunker on May 1, 1945. Lutterbeck's painting features the family and was photographed and made into a slide which is projected onto the bunker wall.

"I put it on a slide because Germans like to have these slide shows, usually at Christmas, where families look at their own pictures," she said.

Everything Lutterbeck knows about bunkers comes from her parents who are now deceased. In order to represent this Lutterbeck also chose to exhibit a photograph of her mother at age 12.

A symbol of security

During World War II, the bunker was divided into cells and the Nazi Party allocated the spaces where between eight to ten people, and later up to 15 people, sat on wooden benches from 5 p.m. every afternoon. In the last four months leading up to the allies' arrival in Bonn the bunker became even more overcrowded as the number of people looking for safety grew.

Walter, a 73 -year-old Bonn resident who didn't want to give his last name, sought refuge in the bunker with his family when he was aged ten. He said it was the only place he felt safe.

"It's not a terrible place for me because it was a place of security. It was a wonderful place and the terrible conditions were accepted because the alternatives were worse," said Walter, who was at the exhibition's opening.

While the bunker for him symbolizes security, he thought having an art exhibition in the space was a "good idea because it demonstrates that the same place can be different depending on the circumstances."

Art takes on a different meaning

The second floor of the exhibition is much lighter in its themes with Tine Holterhoff's colorful photographs featuring facades in red, yellow and blue arranged in grids brighten up the otherwise bleak room. 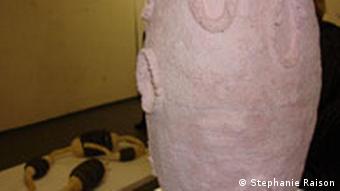 Tatjana Schuelke's Speechless takes on a different meaning in the space

For Berlin artist Tatjana Schuelke, the use of the bunker as an exhibition space is more interesting than in a typical gallery. She says her work -- like her sculpture "Speechless" currently on display -- is transformed in a way in this environment. The candy pink sculpture looks like a bomb and is covered with plaster cast teeth.

"In most exhibition spaces it's a comic sculpture but here in the bunker it takes on a different meaning," said Schuelke.

In the final exhibition room two large paintings of red poppies, the symbol of war remembrance in some countries, lie flat on two metal army beds. Along the bottom of the paintings are thick, milky strips of paint. 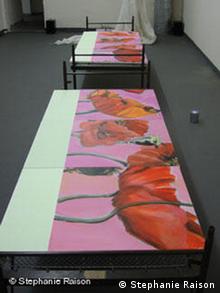 When the lights go out Marni's installation transforms

Flashlights are handed out and the lights go off. Then participants use the light from the flashlights to draw patterns on the reflective white paint at the bottom edge of the paintings and on other white strips hung on the walls around the room. Lasers project red patterns on the ceiling while a mix of classical and electronic music plays.

Some participants draw squiggles, others peace signs while some choose to reflect simply on their surroundings. For the installation's creators, Marni (the duo of Nika Rossmöller-Schmidt and Martin Schmidt), the bunker is all about insiders and outsiders and protection.

And when it comes to protection at least the artists won't have to worry about insuring their art -- it should be quite safe in the bunker.

Should a catastrophe happen during the next two weeks, Lutterbeck at least has the keys to the bunker.

The Czech Republic: Clubbing in a Nuclear Bunker in Prague

Young people in Prague's hip Zizkov district have discovered a massive underground bunker built by the Communists in the 1950s as a place to party. But in case of a war, it will resume its initial purpose. (25.09.2007)

Germany Sheds Its Past: Former Bunkers Now Up for Grabs

Bunkers built decades ago are costly to maintain and, according to the Interior Ministry, the concrete rooms would no longer protect their inhabitants from terrorist attacks, so the government has decided to sell them. (11.07.2007)

Amid growing angst about climate change and terrorism, backyard pre-fabricated "panic rooms" are all the rage in Germany this summer. The shelters can withstand attacks, as well as the increasingly violent weather. (29.06.2007)

DW RADIO: Art in a Former Bunker in Western Germany