The Czech Republic: Clubbing in a Nuclear Bunker in Prague

Young people in Prague's hip Zizkov district have discovered a massive underground bunker built by the Communists in the 1950s as a place to party. But in case of a war, it will resume its initial purpose. 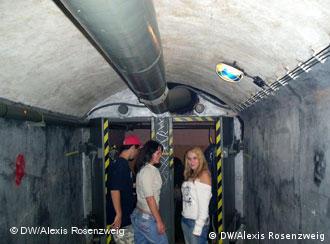 Hipsters in Zizkov head to the Parukarka bunker to party

Prague's Zizkov district boasts more pubs and clubs per square kilometer than any other part of the city. It's also home to one of the most unusual nightspots in town: a former nuclear bunker built by the Communists, preparing for nuclear Armageddon, back in the 1950s.

"This is the real underground and people come here to party," says DJ Sayuz about Prague's Parukarka club. 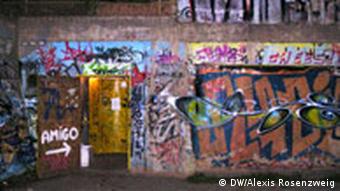 Though it may be one of the coolest new nightspots in Prague, it's certainly not easy to find. But you don't come by chance to the former nuclear shelter. You have to be brought by those in the know.

There's a little door in a huge concrete wall, an arrow and the word Amigo -- all of which are hard to see when it's dark. Before reaching the concrete guts inside the hill, you go through an impressive fireproof door. It takes a few minutes to descend Parukarka's double spiral staircase and it quickly becomes clear that this is not your regular nightclub experience.

Years of work to reopen 1950s bunker pay off

The Parukarka nuclear bunker was built in 1955, dug under a park of the same name in the Zizkov district in Prague 3. The part open to the public since January for exhibitions, parties and concerts represents only a sixth of the complete surface. The place is an absolute labyrinth.

Michal Tesinsky, who goes by the name Mikky, is behind the project. It took over three years of negotiations and paperwork, he says. 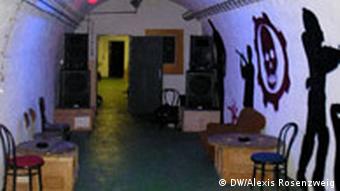 In case of a war, the club will resume its initial purpose as a bunker

"It would have been easier to destroy it and rebuild it from scratch," says Mikky "The hardest thing was obtaining a construction permit."

The former shelter had to be adapted to conform to EU norms, and it took over a year to get a permit from the fire department. More bunkers at the back had to be hired to form an emergency exit.

The rent Mikky pays to the city, around 500 euros ($695) a month, is essentially symbolic. But he and his club would have to clear out quickly if there were an emergency.

"In the rent contract, it says we have to return the place in the state we found it within 48 hours," he explains. The club's manager adds that he has written to the authorities asking them to make an exception to this rule. Surely if there was a war, it would be nicer to be stuck in pleasant surroundings than in bare concrete?

On the surface, Parukarka looks like a normal pub, with a bar, pinball and a foosball table. But without any windows, it's not recommended for the claustrophobic. There are two rooms and two stages and can hold 250 people in total. The program is diverse, offering everything from DJs to poetry readings or foreign musicians.

No neighbors means no complaints 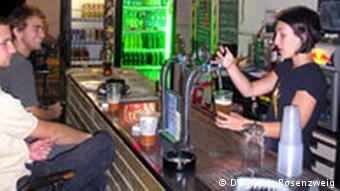 A bar was certainly not in the original bunker's blueprint

For sound engineer Jarda Svejc, the Parukarka bunker has a big advantage over other clubs: the soundproofing of its walls.

"In Prague there is a problem with curfews now," Svejc says. "Lots of clubs have to end concerts at 10 pm, because of complaints from the neighbors. Here, in the bunker, that's not a problem. We can make all the noise we want, all night long!"

The underground space, where admission is at a nominal price, is used for more than art shows and parties, though. NGOs, such as Amnesty International, have held happenings there in support of the opposition in Burma. And young couples have even celebrated their weddings in the bunker.

Coming up for air

The unconventional nightspot is starting to draw bigger crowds. Foreigners living in Prague or just visiting are curious to see how it looks, such as Thierry from Canada. He says he had known about the outdoor bar that sits on top of Parukarka hill. 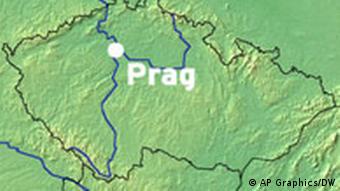 Prague is a major tourist attraction in eastern Europe

"But I wasn't aware of the shelters below," says Thierry, who pledges to introduce his friends to the club next time he comes. "I think it's a good idea to hold concerts here."

The young Canadian admits to some claustrophobia, though he can easily emerge to the surface for a while to catch a bit of fresh air. And he won't be alone on up there.

There are always a couple of people outside making phone calls, as one of the drawbacks of a nuclear shelter is that there is no mobile signal.

A guide to all of the events happening above and below Parukarka park (in Czech).

"We can make all the noise we want, all night long!" Download Inside Europe's report.