Artificial whale poop could save the planet — here′s how | Science | In-depth reporting on science and technology | DW | 28.03.2022

Artificial whale poop could save the planet — here's how

Whale poop is good for marine life. Researchers hope to use fake feces to capitalize on that and push ocean carbon capture to 50% of global emissions. 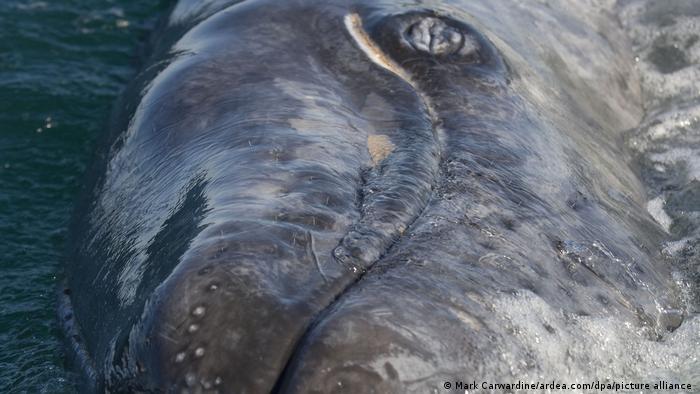 In the 1950s, gray whales were close to extinction, but the population has increased due to conservation campaigns

We've known that whale feces is good for marine life for more than a decade. In 2010, German whale scientist Victor Smetacek discovered that whale poop is like agricultural dung, a fertilizer. Whale poop is loaded with iron, a nutrient that is vital for plant growth.

Before Smetacek's discovery, scientists had thought that whales were mere predators — that they ate between 10 and 20 tons of fish per day and then just pooped.

But something didn't add up. Tens of thousands of whales have been wiped out by commercial whaling over the centuries and yet fewer whales have not necessarily meant more fish — in fact, researchers say the opposite is true.

Smetacek's research showed that while whales eat tons of fish, their iron-filled feces supports other ocean organisms. It is a circle of life. 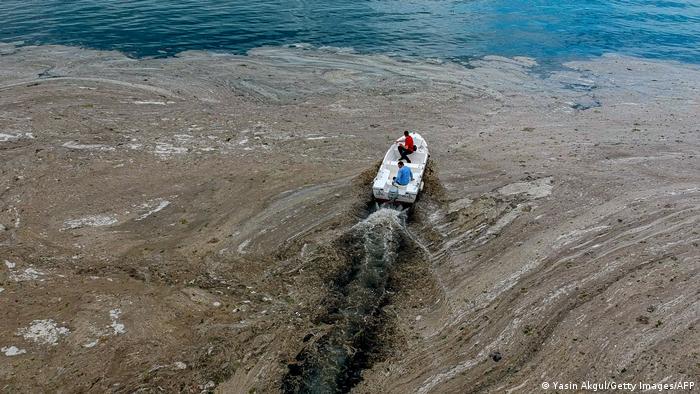 Phytoplankton blooms coat Turkey's Marmara Sea, serving as more of a nuisance than a helpful key to the climate crisis

From fish to fertilizer and carbon capture

Whales feed on fish, krill or squid. And when they excrete, they release nutrients that act as a fertilizer. The nutrients encourage growth and provide food for other organisms at the surface of the seabed.

Those organisms include some of the smallest living creatures, known as phytoplankton.

And when an area is especially fertile, that life can explode into what is called a phytoplankton bloom.

Our oceans absorb an amazing 30% of the carbon dioxide that's released into the atmosphere when we burn fossil fuels.

Why is plankton so important?

But an international research group wants to see whether it would be possible to take that 30% even higher — they want to artificially encourage the growth of phytoplankton with fake whale feces and push the oceans' capacity for carbon capture to 50%.

The lead researcher is Professor Sir David King, the Chair of Cambridge University's Centre for Climate Repair. King says the idea could result in the oceans capturing between 2 to 20 billion tons of greenhouse gasses per year.

In 2020, human activities emitted more than 34 billion tons of carbon dioxide — so, if King's projections are correct, the oceans could capture more than half of our annual global greenhouse gas emissions.

The experiment: Rice husks and poop

King and his team aim to start their investigations off southwestern India in April.

Their fake whale poo will consist of nitrates, phosphates, silicates and iron — similar to the real stuff. And the scientists will use natural materials like volcanic ash or desert sand to create it. Both have been observed to help phytoplankton growth.

They will use rice husks to store the artificial poop on the surface of the seabed. The rice husks are a waste product that they will source from a factory in Goa.

When the husks are baked, they turn into "beautiful ocean rafts," says King.

In their initial experiment, they will aim to understand how well the husks carry the poop. Once those tests are concluded, they would like to conduct further experiments in many of the world's oceans, King says.

But King says they don't just want to dump a bunch of chemicals into the ocean — there are lessons to be learned from research on artificial fertilization in agriculture.

"Most of our farmland is devoid of earthworms, which is ridiculous," says King. Earthworms do all the plowing for us in a very gentle way."

Experiments show, says King, how earthworms help water to soak into the soil in a way that is good for plant growth. On land that's been fertilized with artificial substances that kill earthworms, however, studies show that water is not retained by the soil and that crops tend to die.

"We don't want to create those problems in the oceans," says King. 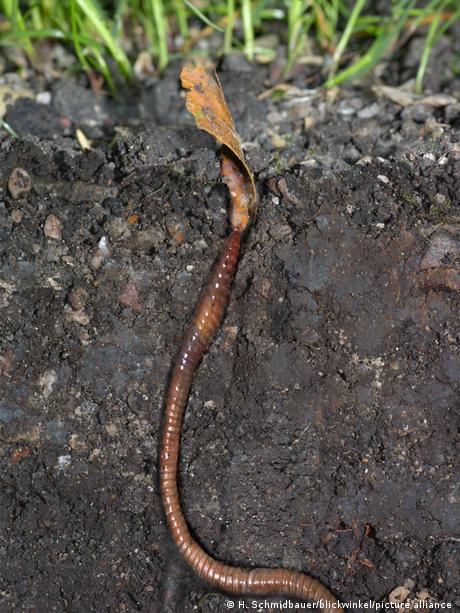 Critics of the project

Some scientists are cautious about the experiment. They say that while Smetacek's 2010 discovery about whale feces was important, it is still unclear how big a role whale poo plays in ocean fertilization and carbon capture.

As a result, Savoca questions the efficiency of capturing carbon in short-term storage — such as in phytoplankton — against a form of long-term storage, the kind that would secure the carbon beneath the ocean floor for thousands of years.

"And that's what really matters, right? Because we want to lock that carbon away for a long, long time, not just have it in phytoplankton or fish tissue for a couple of years," Savoca says.

Others say King's idea isn't even new — only packaged in a novel way.

"Whale poo is just another flavor of macro-nutrient fertilization," wrote Andreas Oschlies, a program director at the GEOMAR Helmholtz Center for Ocean Research, in an email.

Macro-nutrients are nutrients that an organism needs in large amounts.

"And all suggestions regarding nitrogen fertilization have, as far as I know, neglected feedbacks in the nitrogen cycle, which will likely reduce or in some regions reverse the intended increase in [carbon capture]," wrote Oschlies.

Oschlies says he is also concerned about the impact of artificial fertilization on other environmental systems.

King says his team has thought about that problem and is looking to use naturally occurring materials. But it's still a long way from there, he says — first they have to see if the experiment works at all.

After international outcry from governments and envrionmental groups, Germany has postponed an experiment in the South Atlantic which could potentially pull massive amounts of carbon out of the air.

The lowly earthworm is a jack of all trades. It fertilizes, stabilizes and aerates soil - out of sight and out of mind. Some may find them icky, but they're a vital part of our ecosystem.