The rising costs of whaling mean that the practice will not make economic sense in two years' time. But Iceland could see a bigger boom from whale-watching tourists. 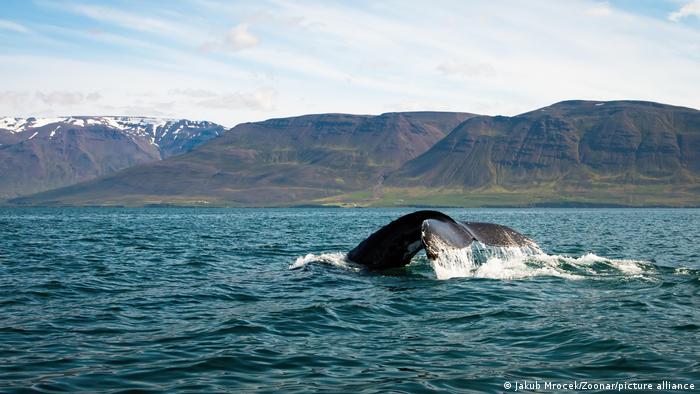 Iceland will bring an end to its commercial whaling practices by 2024 because of dwindling economic benefits, Fisheries Minister Svandis Svavarsdottir wrote in the Icelandic newspaper Morgunbladid on Friday.

"There are few justifications to authorize the whale hunt beyond 2024," wrote the minister, who is a member of the Left-Green party, said.

"There is little proof that there is any economic advantage to this activity," she added.

Icelandic whalers have seen little activity in the past three years, with only one whale being killed during that time frame.

Iceland is one of the only countries that allow commercial whaling, along with Norway and Japan.

The practice frequently draws the attention and anger of environmentalists and animal rights activists.

One of the favored targets, the fin whale — which is only second in size to the blue whale — is an endangered species. The annual quota for Icelandic whalers for this species is 209, but they have not come close to catching this many for years.

Japan's return to whaling in 2019, after a 30-year hiatus, decreased the demand for Icelandic-caught whales in the Asian country. The loss of this key market meant Iceland's whalers have found it increasingly difficult to justify the costs of an expedition.

A no-fishing coastal zone has also meant that the few boats that still make the trip are having to travel further into the Atlantic Ocean, raising costs.

Tourism up as whaling dwindles

The industry was largely brought to a standstill by the coronavirus pandemic as social distancing rules meant that whale processing plants could not operate.

Norway has had a similar experience, with fewer whalers and smaller catches. In 2021, Norwegian boats harpooned 575 whales, less than half their allotted quota.

At the same time, Iceland has seen a boom in its tourist industry as hundreds of thousands of people flock to witness the creatures swim in the waters off the Atlantic island.

In 2019, before the pandemic began, about 360,000 whale watchers visited the island — a number similar to Iceland's population.