They say it's his fault their country lost large amounts of land to neighbor and rival Azerbaijan in a deadly conflict last year. 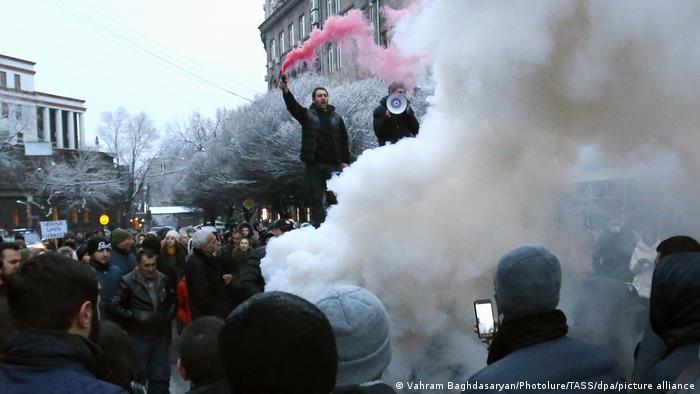 Anti-government protesters returned to the streets, following a winter break

Thousands of demonstrators took to the streets on Saturday in Armenia's capital city Yerevan, demanding the resignation of Prime Minister Nikol Pashinyan and his government.

The demonstration revives a wave of protests against the leader.

They initially began in November 2020 after Pashinyan signed a ceasefire with neighboring Azerbaijan that ceded Armenian-occupied territory.

The deal ended a bloody six-week conflict over the separatist Nagorno-Karabakh. More than 4,700 people were killed during the fighting. 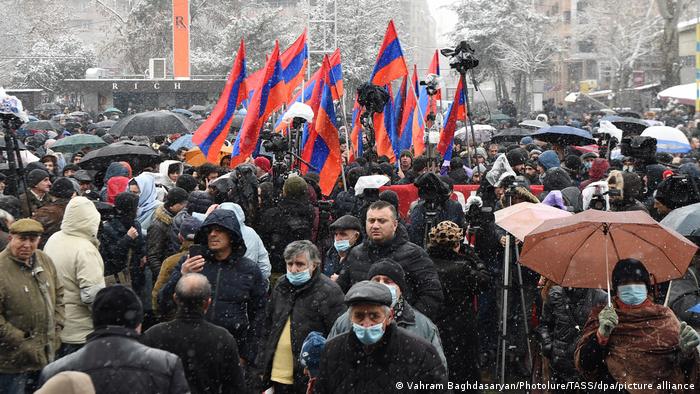 What happened at the Yerevan protests?

Protesters chanted "Nikol is a traitor!," "Armenia without Nikol!" while others blocked streets in the capital.

The opposition held a rally on Freedom square in the center of the capital.

Speaking at the rally, former premier Vazgen Manukyan told his supporters to be "ready for the uprising." Manukyan was Armenia's first premier during the early 1990s after the country gained independence from the Soviet Union.

"We should be ready to seize power with lightning speed," Armenian media quoted the 75-year-old as saying.

The opposition has named him to succeed Pashinyan.

Will Pashinyan step down?

Pashinyan has rejected calls to resign but has taken full responsibility for the outcome of the conflict.

He also offered to hold new elections this year.

The opposition plans to boycott the vote if Pashinyan runs again as he had indicated. 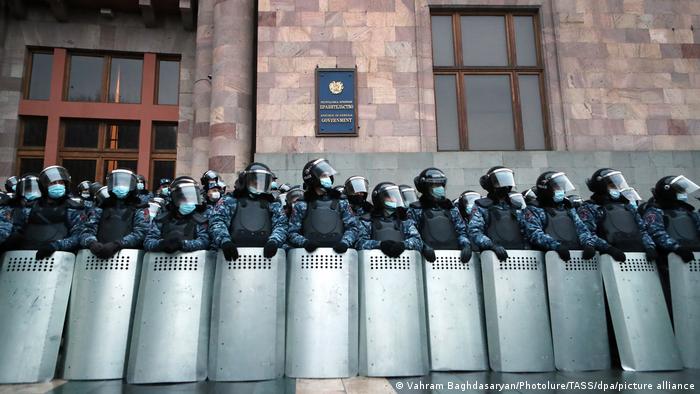 Police stood guard outside government buildings during the anti-government rally

The opposition said it will now demonstrate "without interruption."