Just days after Franck Ribery extended his Bayern Munich stay, Arjen Robben has also put pen to paper on a new deal. Brazilian fullback Rafinha has also committed to another year with the Bundesliga champions. 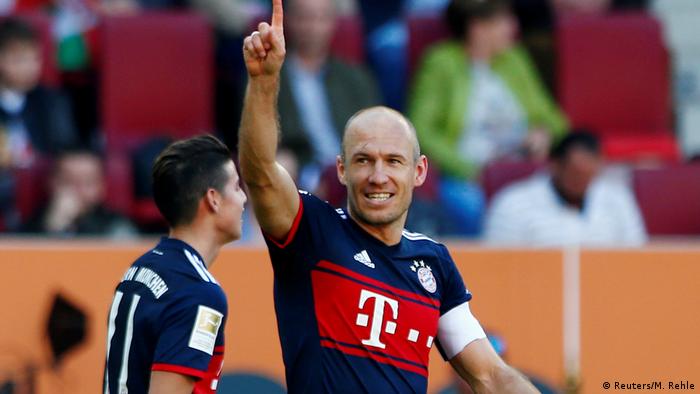 On the eve of Bayern's final league game of the season, when they host Stuttgart and collect their latest trophy, the club announced that Dutch international Robben would stay on for a tenth season in Bavaria.

"We are very pleased to extend with these deserving players for another year because both Arjen Robben and Rafinha also play an important role in our plans for the coming season," said Bayern sporting director Hasan Salihamidzic.

Robben, 34, recently surpassed Johan Cruyff as the Dutch player with the most league titles to his name, with Bayern's latest Bundesliga crown being his 11th league win. This season will mark his seventh domestic title with Bayern and he's also won titles in the English, Spanish and Dutch leagues, four German Cups, an FA Cup and a Champions League.

He arrived at the club from Real Madrid in 2009 and has scored 95 goals in his 189 Bundesliga games for Bayern.

Rafinha, 32, arrived at the club two years later from Italian side Genoa after spending five years at Schalke between 2005 and 2010. Despite rarely being first choice, his versatility and endurance have seen him appear 162 times in the league for Bayern.

Both players will have a chance to impress the man who'll coach them next season and add more silverware to their collections when they take on Niko Kovac's Eintracht Frankfurt in the German Cup final in Berlin on May 19.