The Riachuelo River in Argentina once symbolized the country's boom. Today, residents say it exemplifies corruption and waste. Efforts to clean up one of the world's most polluted bodies of water are gathering pace. 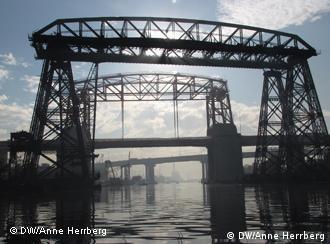 The old port-side neighborhood of La Boca in Buenos Aires is where Argentina's first immigrants arrived and where the country's industrial boom began.

Today, the history-rich promenade known as Caminito attracts tourists from all over the world. But there's something disrupting the scenery: a wretched stench.

"I cannot understand how someone can eat a steak here," said Alfredo Alberti, who lives ten blocks away. "The Riachuelo is dead. There's no oxygen and it's full of sewage, industrial waste, garbage and even rotting animal carcasses that float by once in a while."

Along with the Citarum River in Indonesia or the Yangtze in China, the Riachuelo is one of the most polluted bodies of water in the world. Calling the Riachuelo "a public cesspool," the WWF recently highlighted the river during World Water Week in Stockholm.

It flows into the larger Rio de la Plata River, which provides a third of the drinking water for Argentina's population.

Nothing but cosmetic changes 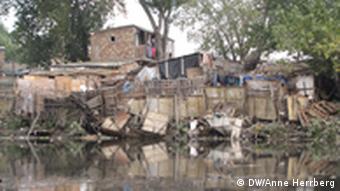 Over the years, many governments have promised to clean the Riachuelo. So far nothing has happened.

Alfredo Alberti of the Association of La Boca Neighbors brought a suit against the state in 2004. Their legal action laid the groundwork for a 2008 decision by Argentina's Supreme Court, which ruled that "the Riachuelo problem must be addressed and its polluters called to account."

"It's an historic decision," said Felix Cariboni of Greenpeace Argentina as he led a boat tour of the polluted river, warning passengers to avoid all contact with the water.

Parts of the Riachuelo now seem less dirty thanks to the efforts of the last few months, Cariboni said, including the removal of rusted ship wrecks, drifting garbage and trash along the shores.

The "Camino de la Ribera" is also being built. It's a 35-meter-wide (115-feet) street along the riverbank that is intended to prevent factories or neighborhoods from being built too close to the poisonous stream.

"We welcome these steps, even though so far everything has just been cosmetic and focused on the tourist area around La Boca," said Cariboni.

The Riachuelo, like its Asian counterparts, flows through densely-populated areas. Five million people live in the 2,200 square kilometer delta, and 2 million of them live in slums just centimeters from the filthy waters.

"When it rains, the water rises practically into our living room," said Miriam Suarez, who lives in one of the ramshackle huts along the river that lacks access to public utilities for drinking and waste water.

Lacking alternatives, residents here dump their waste and garbage into the river. But the bulk of the organic waste in the Riachuelo comes from the obsolete municipal sewage treatment facilities.

"They have never been adjusted to accommodate the constantly growing population in Buenos Aires. And they overflow every time there's a shower," Cariboni explained. 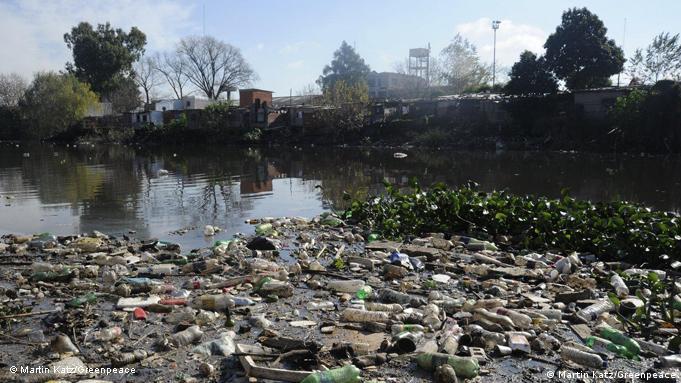 Rats, chemical pollution, shipwrecks, garbage - now all part of the scenery along the river

Help from the World Bank

International agencies are supporting countries like Argentina to clean up their rivers.

The World Bank issued 840 million dollars to renovate sewage systems along the Riachuelo, as well as construct new processing plants and a tunnel that will carry overflowing sewage nine kilometers away, deep into the Rio de la Plata River.

"The Rio de La Plata does in fact have a considerable capacity for absorbing organic waste," explained Cariboni. "But if industrial pollution isn't simultaneously kept in check, it could lead to a new catastrophe."

Currently, a majority of local companies secretly dispose their chemical waste into the region's sewers.

Like the textile industry in China, Vietnam or Cambodia, many tanneries in Argentina use heavy metals and highly toxic chemicals in their production processes, including chrome or the endocrine disrupting chemical nonylphenol, which was banned in 2005 in Europe.

These and other toxins end up in the river.

In July, 2011, Greenpeace International started a campaign called "Dirty Laundry" to show how much responsibility global clothing manufacturers like Adidas, Nike, H&M, Puma and Calvin Klein bear for pollution in the industrializing nations where they produce their garments.

The companies responded with a public declaration that they would move to clean production techniques by 2020, and in Argentina, the market leader in the local leather branch followed suit. 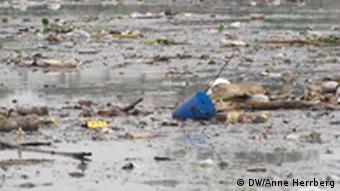 But what about the smaller companies that don't have a big reputation to defend, or a big budget to spend?

"Some manufacturers have shown themselves to be cooperative, and others haven't," said Juan Jose Mussi, Argentina's Environment Secretary and President of ACUMAR, a government office in charge of cleaning the Riachuelo.

"They receive deadlines, and if they don't stick to the rules, they are shut down. There has been a first arrest."

Felix Cariboni of Greenpeace says the reality is more complicated when it comes to industrial waste.

"There are only around 35 inspectors for the approximately 16,000 to 20,000 companies here. And there's no detailed analysis of the type, quantity and effects of the chemical waste on the environment and on human health," Cariboni said.

Problems like skin disease, cancer and bronchitis are common, according to slum resident Miriam Suarez.

Despite the controls, factories continue to dump their waste secretly into the river, and the consequences are visible to the naked eye. Rats scurry up and down its shores.

"Especially on the weekends, the smell becomes disgusting," Suarez added. 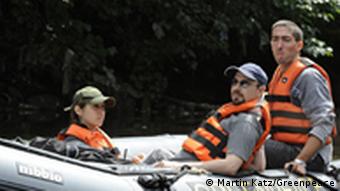 Felix Cariboni of Greenpeace leads a tour of the polluted waters

Miriam's family is supposed to be relocated along with 2,400 other families, but they have to wait.

Those without homes from other districts are already occupying the newly built government housing projects. And a conflict has erupted between city, state and federal officials about who exactly is responsible for handling the relocation.

"The bureaucracy is such a problem," said Alfredo Alberti.

After years of unclear environmental laws and widespread corruption in government offices, Alfredo Alberti hopes the Riachuelo funding will achieve some of its goals.

"The Riachuelo has long been a reflection of our country," he said. "Garbage, corruption, suffering - it all swam there."

Yet he remains optimistic.

"International pressure is increasing, and even here there's a growing sense of environmental consciousness. Today we are saying yes to progress - but with responsibility."

In tropical areas such as the Amazon, research indicates that hydropower's climate impact can be just as bad as fossil fuels. Environmentalists add that smaller hydroelectric projects may not be any better. (06.09.2011)

Clean up efforts have dramatically improved water quality in the Rhine River in recent decades, attracting bathers back to its shores, but a dip in this busy river may be less hygienic than many think. (29.08.2011)

Disaster relief officials in Hungary say a toxic spill has reached the Danube River, one of Europe's key waterways, after killing all water life in the smaller Marcal River. (07.10.2010)