In 2017, a navy submarine sunk in a remote part of the Atlantic. The families of the 44 victims claim they were followed, wiretapped and forced into dropping any claims about the incident. 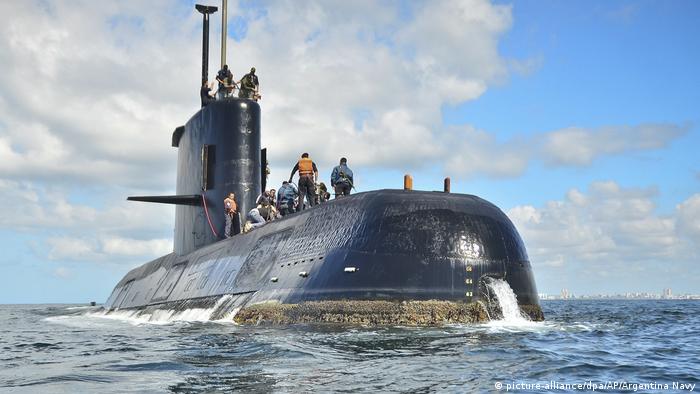 Former Argentinian president Mauricio Macri was charged on Wednesday for allegedly ordering the surveillance of the relatives of 44 navy sailors who died in a 2017 submarine accident.

The 62-year-old was is accused of carrying out prohibited intelligence actions and "creating conditions for data of persons to be collected, stored and used."

If found guilty under Argentina's intelligence laws, he faces between three and 10 years in jail.

In November 2017, the ARA San Juan navy submarine disappeared. It was only found more than a year later, having sunk in a remote area of the South Atlantic. An implosion caused by a technical fault left the submarine crushed, and experts warned against refloating the vessel.

Relatives of the 44 crew members who perished on board told investigators they had been followed, filmed and intimidated into abandoning claims related to the incident.

Investigators determined the sinking was caused by the inefficiency of naval commanders and budget limitations.

At the time, family members were critical of the government's response to the sinking, saying the search had been abandoned too soon.

Macri has denied the charges, telling reporters on Wednesday: "I have said all along that this was political persecution that would end this way."

In earlier court filings he denied ordering anyone to spy on the relatives of the victims.

To date, 12 people have been charged in connection with the case.

Why are stealth submarines so difficult to find?

Ships, planes and underwater robots have been searching for the lost Argentinian submarine ARA San Juan for over a week. But modern stealth technology may be making the search even more difficult.