Why are stealth submarines so difficult to find? | Science | In-depth reporting on science and technology | DW | 22.11.2017

Why are stealth submarines so difficult to find?

Ships, planes and underwater robots have been searching for the lost Argentinian submarine ARA San Juan for over a week. But modern stealth technology may be making the search even more difficult. 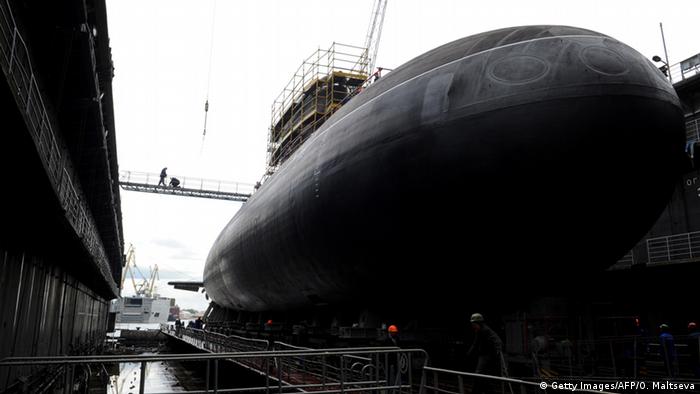 Military submarines are designed to roam the oceans undetected by enemies or spies. They rarely surface, except to establish radio contact or perform data communication with their respective headquarters. Otherwise, their job is to be as silent as possible.

But what about in the case of an emergency when the vessel actually wants to be found? When this happens, the crew needs to draw attention to themselves — either on the surface with SOS beacons or under water with acoustic signals — such as hammering at the hull of the ship.

But the way modern submarines are constructed may actually cause problems in getting noticed, because the main purpose of design is to suppress any signals from getting out.

Modern generation stealth submarines include the class A212 of the German Federal Navy or the Saab A26 of the Swedish Navy.The development of these types of submarines began in the 1990s and they have been designed to hardly make any noise, emit almost no heat and only minimally reflect radar or sonar signals.

But the ARA San Juan can't be compared to these kinds of submarines. It was built by the German wharf Thyssen Nordseewerke and has been in operation since 1985. However, it recently received a substantial retrofitting and modernization, which was completed in 2013.

What does "stealth" mean?

In principle, each military submarine is built to make as little sound as possible or emit minimal signals. The ARA San Juan is no exception.

During World War II Germany built submarines with certain stealth capabilities. The first models were the class VII vessels of the German Navy. The main focus of the design back then was to reduce motor sounds as much as possible. Also the idea of reducing the radar signature when surfaced was already a consideration. Since then, submarine engineers have constantly improved their vessels. Here are some of the main approaches: 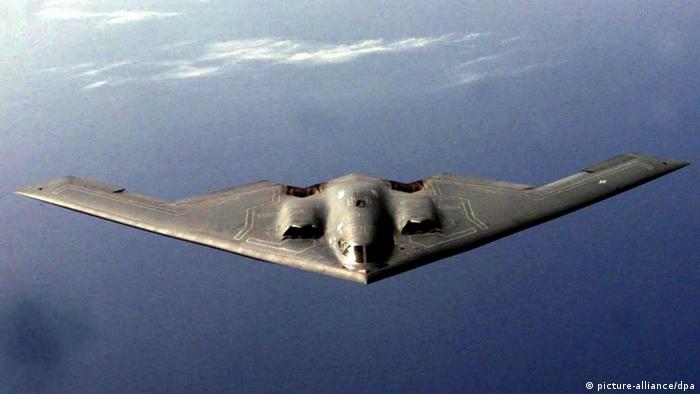 A stealth bomber: The wings are at an angle that deflects radar signals

The biggest danger for ships and planes alike — but that also goes for submarines — is detection by radar. A radar works by harnessing electromagnetic waves, which are reflected by metallic materials. Yachts made out of fiber reinforced plastics reflect radar signals poorly. They can also be considered stealth ships — albeit unintentionally. That's why they carry a radar reflector on the mast — an octahedron made out of plated metal. This way the the ship becomes visible on the navigation radars of other ships.

Engineers who want to make a large ship invisible also use plastic or other special surfaces. These are designed to disperse the radar signals in all directions, rather than reflecting it back.

They also build planes and ships with the walls and wings at specific angles. This leads to the radar signals being diverted in another direction. But this trick is not easily applied to submarines, because another more important factor is at play: streamlining. The easier the submarine moves through the oceans, the less motor noise and heat it produces. 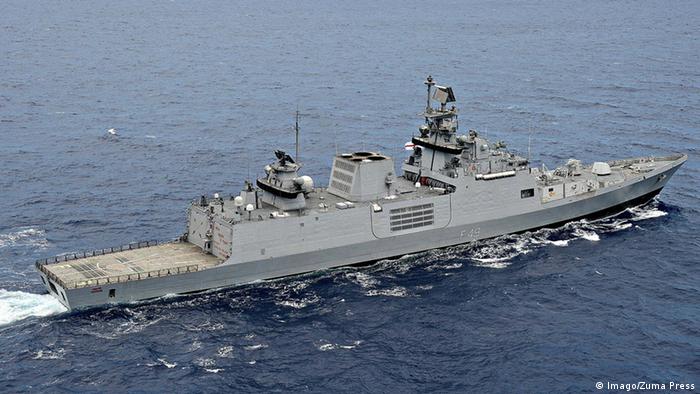 A stealth-ship. Here the walls have been built at a specific angle to make radar signals less pronounced

In today's military submarines, there is hardly any magnetic steel in use. Besides stainless steel, titanium can also be used. The reason: Sea mines often react to magnetic detonators. If they get too close to the steel hull of a regular ship, they explode.

But if the ship is not magnetic, there is a high probability the mine will not explode. Non-magnetic materials are also useful in avoiding other detectors which use forms of electromagnetic detection.

What can be said for radar waves, also applies to sound. The most important instrument for searching the ocean floors is sonar. It emits a sound, which is then reflected onto the ocean floor and captured by a microphone. Depending on how long it takes for the acoustic signal to travel through the water, as well as the overall clarity of the signal, the sonar can tell how deep the water us and whether the ocean floor is composed of sediment and plants or of rock.

In this case, a different surface material used on the hull will make a big difference in terms of identifying the mass. If the hull is able to absorb the sonar sound, the submarine may actually resemble a big pile of mud rather than a man-made vessel.

Of course, enemies are not supposed to be able to hear what's going on inside a submarine, either. Even the closing of a hatch or the banging of a pot could generate enough sound to give away the location of the submarine. Motor and propulsion noises are even louder.

That's why everything inside a submarine that could possibly make noise is cushioned with rubber. And only the most quiet motors can be used. When on a secret underwater mission, these have to be special 'whispering' electric motors.

But this excellent sound insulation also makes it more difficult to make yourself heard if you need to draw attention, even if you're banging on the hull.

Submarines can also be detected by the heat they produce. A plane equipped with an infrared camera can find it this way. That's why engineers design the vessels to keep the motor heat inside as much as possible, or at least spread it out evenly to avoid instant detection.

Hot water which emerges at the surface has to be avoided at all costs. The most effective way to prevent this is through the use of highly efficient motors.

Vehicles, planes and ships can also give away their location through a variety of electromagnetic signals, originating from an array of technical equipment. This also goes for submarines, of course. This can include radio signals, but also radiation from other devices such as radar, computers, motors, mobile telephones, weapons systems and more.

All of these sources of radiation should ideally be switched off, or at least shielded as much as possible.