Are Iran′s nuclear sabotage fears justified? | World | Breaking news and perspectives from around the globe | DW | 26.09.2012

German tech giant Siemens has rejected Iranian accusations that it is sabotaging the country's nuclear program by delivering booby-trapped technology. Observers say the charges could be justified. 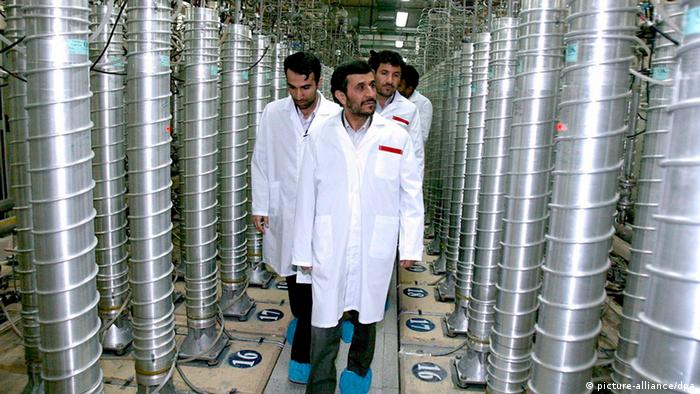 On Saturday (22.09.2012), he accused Munich-based technology firm Siemens of sending nuclear components to Syria that had been booby-trapped with explosives. "The devices were meant to explode after they went into operation in order to destroy our systems," said Boroujerdi.

The only reason they didn't was supposedly because Iranian experts discovered the explosives ahead of time. Siemens has denied all accusations, saying it has not done any nuclear-power-related business with Iran since the Islamic Republic was founded more than 30 years ago.

Siemens was involved with the construction of the nuclear power station in Bushehr, in southern Iran, until the Islamic Revolution broke out in 1979. It stopped its work due to the unstable political situation and pressure from the German government. 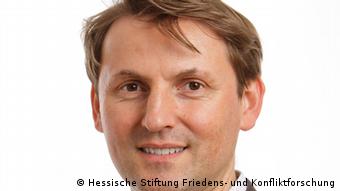 Franceschini says Siemens software has been sabotaged before

Now, ever since the West began suspecting the Iranian government of making nuclear weapons under cover of a nuclear energy program, United Nations sanctions have limited business relationships with Iran. Firms are not allowed to cooperate with the country in the nuclear or rocket science sectors, as well as certain technologies considered "sensitive."

Götz Neuneck, a nuclear expert at the Institute for Peace Research and Security Policy in Hamburg (IFSH), also says he can't imagine there is anything to the story. "It's not in the interests of German industry to deliver parts that could kill people - that's bad for business," he said.

That said, Neuneck doesn't think Iranian fears are unjustified. "There have been sabotage attacks since around 2010 to slow down the suspected Iranian nuclear program," he said.

Two years ago, the computer worm Stuxnet severely damaged gas centrifuges at the nuclear facility, Natanz. Spy software viruses Flame and Duqu, which can be used to monitor industrial plants, were also found on Iranian computers. The Iranian government accused the US and Israel of being behind the cyber attacks.

The argument was supported by David E. Sanger, the Washington correspondent for the New York Times. His recent book describes how Stuxnet was developed under President George W. Bush's administration in cooperation with the Israeli government. Sanger's research was based on interviews with officials involved in the project. 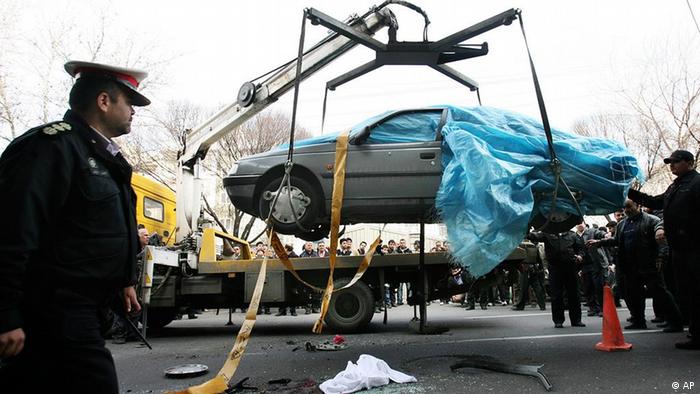 Iranian nuclear scientists have been murdered with car bombs

Perhaps more seriously, several Iranian nuclear scientists have been murdered since 2010. Unknown assassins reportedly planted explosives under their cars. Iran has blamed the attacks on the Israeli secret service, Mossad, and Israel has not made any comments on the incidents.

Franceschini thinks it's possible that the components sent to Iran could have been sabotaged - not by Siemens, but perhaps by a secret service agent. After all, he says, the Stuxnet attack also targeted surveillance and control software created by the German firm.

"The virus was installed on Siemens software in the country with that major digital attack on Iranian enrichment plants," explained Franceschini. "That means the Iranians already had control software from Siemens." But it's unclear how the technology could have entered the country, whether it was sold to the Iranian government by intermediary dealers or even secret services.

Either way, Neuneck is convinced that acts of sabotage can do little more than slow Iran's nuclear plans. He believes the underlying political problems can't be solved through sabotage.

"On the contrary, many Iranians will say, 'See, we're going to need a nuclear bomb some time anyway, because we're constantly under attack,' " he pointed out.

A Swiss court has convicted three engineers for their roles in a Pakistani-led ring that smuggled nuclear secrets to Iran, Libya and North Korea. In a plea-bargain, they avoided exposure on later roles as CIA informants. (25.09.2012)

The nuclear ambitions of Iran are a constantly recurring theme at the United Nations and among Western countries worried that Tehran could threaten Israel and destabilize the entire Middle Eastern region. (25.09.2012)