Despite the rapid growth and popularity of esports, it's not clear whether the pursuit is good or bad for gamers' health. What does the evidence say about the effects of gaming on the body? DW takes a look. 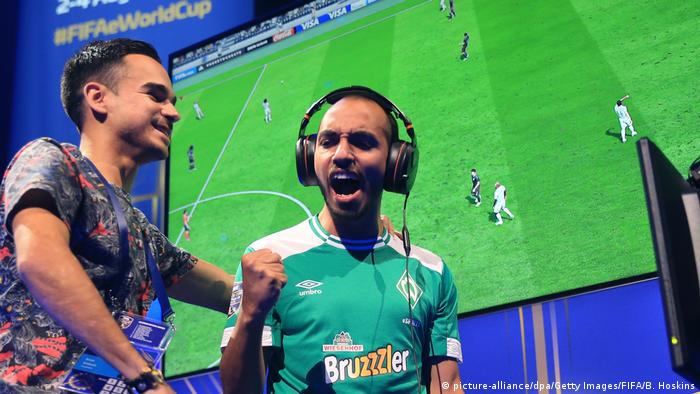 esports, or competitive multiplayer video gaming, is on the rise around the world. Games have become an attractive professional career path, providing great entertainment for millions of fans and creating a lucrative revenue stream for the gaming industry.

According to a report from industry analysts Newzoo, the global esports audience reached 380 million in 2018 and it is estimated that its revenues will grow from $696 million (€614 million) in 2017 to $1.5 billion by 2020. However, little is known about the potential health effects.

"We need science-based facts on what is good and what is bad for our health," Werder Bremen eFootballer Mohammed "MoAuba" Harkousm told DW.

Too much sitting seriously damages health

The most alarming aspect of gaming is the long hours that players spend sitting while playing. According to Ingo Froböse, a professor at the German Sports University in Cologne who has led a study into esports performance and health for more than eight years, amateur and professional eSports gamers play on average 24-25 hours per week.

"During tournaments I remain seated for more than 12 hours a day, even during breaks I sit to analyze my games or wait for the next game. This is not good for my body and my back in the long run," said MoAuba.

Studies have shown that sitting for six hours a day for two consecutive weeks can increase bad cholesterol levels. Muscles start to degenerate, preventing blood from getting to the heart and increasing the risk of weight gain and heart diseases. After 24 hours of straight sitting, the ability of insulin to absorb glucose is reduced by nearly 40 percent, raising the risk of type 2 diabetes.

Even exercise after a period of inactivity cannot compensate for the damage caused by oversitting. Froböse's study supports these observations and he strongly suggests that "gamers should take active breaks in between and get away from their screens for a while."

Amateur players are at major risk

Many esports professionals began their careers as MoAuba did. "I started playing for fun with my brother when I was six years old. We played for four to five hours a day after school. During the school holidays, we would play eight hours a day competing to see who was better," he said with a smile on his face.

Now, as a professional esports player, he only trains for three to four hours a day when he is not in a tournament and he has plenty of free time to exercise, to sleep and to spend time with his girlfriend, family, and friends.

Froböse claims that amateur esports players are most at risk. Amateur players attempt to become better under the motto "more is more" and can end up training for hours upon end without taking care of their health and sleeping habits. In addition, as esports is relatively new, there are still no clear guidelines on a proper training for them to become professional esports players.

Froböse's research team has analyzed what happens inside the body of 1200 esports gamers. Their initial results indicate that esports players are under constant physiological stress and that esports is so physically demanding that it can be considered a sport. 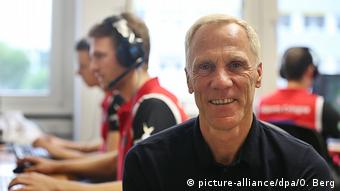 Ingo Froböse and his esports team at the German Sports University, Cologne.

On average, esports players coordinate up to 400 movements per minute showing amazingly fast hand-eye movements. Their heart rate during playing reaches up to 120 to 180 beats per minute, which is almost the stress level of a racing driver. Additionally, "the stress hormone cortisol rises as much as when a footballer shoots a penalty kick in a Champions League final," and gamers present such intensive fatigue levels after 2 to 3 hours of gaming that it is not worth continuing, explained Froböse.

This physical stress is mainly due to the high levels of concentration, rapid coordination, and the reactions demanded by the game. Therefore, the body of these athletes should be correctly and specifically trained to be able to handle this load.

Positive effects of esports on the brain

However, the health impacts of esports are not entirely negative. Research conducted by cognitive neuroscientist Daphne Bavelier confirms that some action video games have positive effects on the brain.

Playing video games for five to 10 hours a week stimulates areas in the brain associated with memory, attention, motor and strategic planning skills, as well as eyesight. In fact, electronic games can help people learn, focus, and multitask. 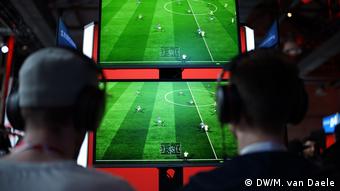 Froböse also sees the great potential of virtual games. "Many football teams in the Bundesliga can use these positive effects of esports to prepare players mentally, tactically, and for fast decision making and reaction for the real game. It is just a matter of balancing playing times and pauses, having an adequate training, diet, and resting time."

He points out that esports players should sleep a minimum of eight hours a night to completely deal with the stress of the sport, and should eat good energy-based foods to increase their performance and recover faster.

In addition to this, MoAuba advises future esports talents: "If you want to become a better eFootballer, you should practice every day, but you should also balance your life and continue your school. Besides this, laughing and having relaxing times will help you to deal with the pressure of the sport."

It has millions watching around the world and some of football’s biggest stars on show. But everything is a little different in the world of eSports. DW’s Matt Pearson went to watch the FIFA eWorld Cup to find out more. (04.08.2018)

Why Mesut Özil has founded his own eSports team

After stepping down from international duty, Mesut Özil has devoted himself to a new venture. Together with eSportsReputation, Özil has founded #teamozil: an eSports team on the search for talent. A smart move. (07.08.2018)