Germany to recognize eSports as an official sport

The German coalition between the CDU/CSU and SPD has agreed to recognize eSports as an official sport. The decision could help transform eSports in the country and pave the way for acceptance into the Olympics. 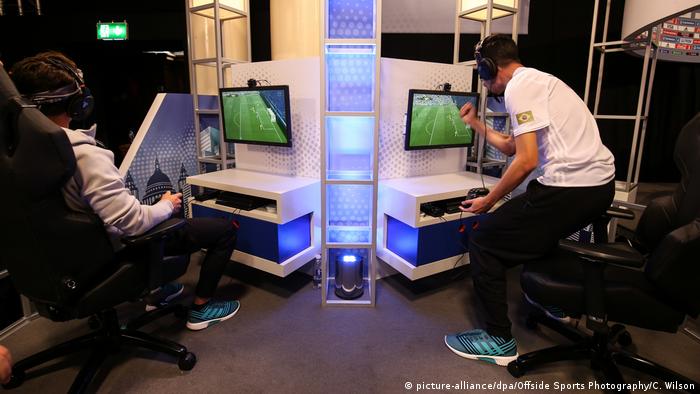 In November last year, Germany's first national eSports Association  - the eSport-Bund Deutschland (ESBD)- was founded in Frankfurt. Their No. 1 priority was gaining eSports legal status as a sport.

That goal was been fulfilled this week, with a coalition agreement between the CDU/CSU and SPD to form German government including a plan to recognize eSports as a sport. Only a vote from SPD members not to approve the coalition agreement could stall the progress.

It's an important development for German clubs. The move will pave the way for eSports clubs to apply for not-for-profit status, which will mean reduced corporate and commercial taxes, as well as the ability to receive tax-deductible donations.

It could also simplify the process of issuing German visas for international eSports players too. Some of the major eSports tournaments are held in Germany, while eSports' historic organizations, such as SK Gaming, Alternate aTTaX and Electronic Sports League, were founded here.

For Hans Jagnow, president of the German eSports umbrella group, the ESBD, the recognition has been a long time coming.

"It's great news, but also not a surprise. It's been preceded by months-long dialogue," he told DW.

Jagnow says the decision also paves the way for investment in sports facilities and stadia as well as subsidizing sports equipment. The support for local clubs could also help the development of eSports at a more grassroots level, in which Jagnow admits "not much has happened".

With international eSports attracting millions of viewers and sponsorship money and it makes sense for the European Union's biggest economy to jump on board. Germany follows in footsteps of countries such as South Korea, China, Russia, Italy and South Africa in recognising eSports officially.

And the German government, as part of the coaltion talks, will now apparently commit to pushing eSports' efforts to becoming an Olympic sport. It's is seemingly not a mere pipedream - the Asian Games will include eSports as part of their 2022 showpiece.

While the International Olympic Committee can admit whoever it likes, the German Olympics Sports Confederation (DOSB) has in the past refused to recognize eSports as a sport, concerned over the lack of movement involved and the potential of orthopedic damage.

Any IOC decision would override DOSB wishes, but it signals that eSports still faces roadblocks in gaining acceptance from the traditional sports society.

Jagnow himself is dismissive of concerns that eSports potentially promotes a sedentary lifestyle.

"We now have a vast array of different sports," he said.

"There are precision sports, such as archery or motorsport, with little physical effect. No one has said, "youth decays in motorsport". That's how we see it in eSports."

Criticism about violent video games is still a stumbing block, too. IOC president Thomas Bach recently said the organization "have to draw a clear line" on accepting video games "which are about violence, explosions and killing".

"We have a lot of diversity in eSports, from sports simulations to strategy games to fantasy games. They aren't first-person shooter games. They are big, popular games," Jagnow said.

"Lots of games have an age rating. So Counterstrike is 16+, League of Legends is 12+ and FIFA is for all ages."

The decision from the next German government, pending that SPD members vote, to award eSports legal status as a sport is a welcome and exciting development for German clubs and the ESBD.

Whether it will result in Olympic status or even widespread approval among traditional sports lovers is far from certain. But it will certainly aid the growth and development of eSports in Germany and world.