For almost 120 years, the writing system known as "Linear Elamite" was considered illegible. Now a team of archaeologists claims to have partially deciphered the writing system. But other researchers are more hesitant. 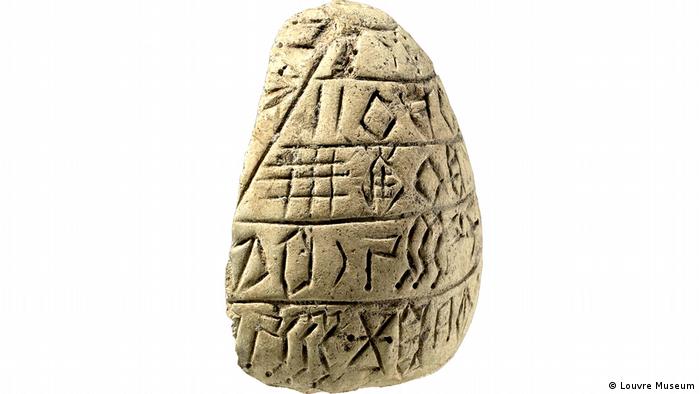 Diamonds and squares with dots and dashes ― French archaeologists came across these geometric characters as early as 1903 when they were excavating ancient ruins in the city of Susa in southwestern Iran.

Researchers quickly realized that the language was one of the four oldest scripts known to humankind, along with Mesopotamian cuneiform, Egyptian hieroglyphics and the Indus script. The Elamite civilization used the writing system during the Bronze Age in the late 3rd and early 2nd millennia BCE.

The characters were given the name "Linear Elamite." But, since the discovery, experts haven't known how to read the diamonds and squares, or understand what they meant. Only a few characters could be clearly interpreted.

Now, French archaeologist Francois Desset and his team believe that they have partially deciphered the ancient script. They used eight silver cups as a basis for the decryption, with many symbols of the Linear Elamite writing system carved into the metal.

"The cups had long been in the possession of a private collector and were only recently made available to researchers," Desset, who works at the University of Tehran in Iran and at the Archeorient research laboratory in Lyon, France, told DW. 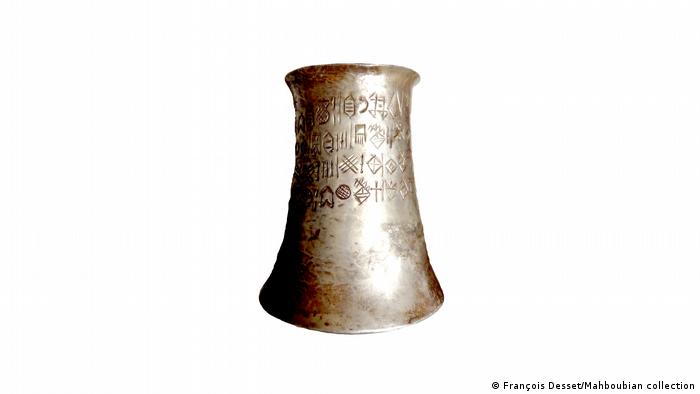 How are ancient scripts deciphered?

One common method of deciphering unknown characters is by comparing the same or similar texts in different writing systems. This way, experts can deduce the characters in the unknown script from the known one.

As an example, let's imagine that we have a text in German with the translation in Chinese directly below.

In the German version, the words "King Karl" appear often. If we now find character sequences in the Chinese version that repeat in the same places, these indicates the correct characters for "King Karl" in Chinese.

The research team around Desset used this exact method with the silver cups.

The cups had inscriptions of kings and rulers in the same language (Elamite), but in two different writing systems: the already-known Mesopotamian cuneiform script and the unknown Linear Elamite.

Step-by-step, the team was able to understand the characters using this method.

"The cups were the key we needed to decipher the writing," Desset said. "As a result, we can now read 72 characters."

Only four characters are still unknown, the researcher said.

The real surprise, Desset said, is the nature of the writing system. Researchers assumed that Linear Elamite writing is a mixture of phonographic and logographic writing.

"At the end of my analysis, I found that Linear Elamite writing is a purely phonographic script," Desset said. "That makes it the oldest of its kind in the world ― and changes our view of the entire evolution of writing." 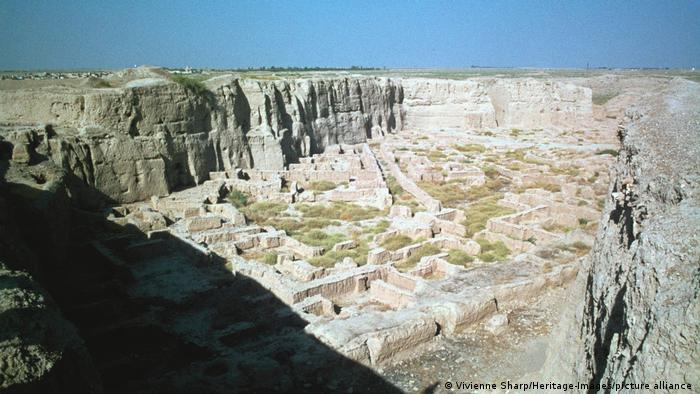 The ancient city of Susa in southwestern Iran. Researchers discovered items with Elamite writing in the area around these ruins.

In the research community, however, Desset's discovery has been met with some criticism.

"Until clear evidence is provided, the Linear Elamite script is not fully deciphered," Michael Mäder told DW. Mäder is a linguist at the University of Bern and scientific director of the Swiss Alice Kober Society for the Decipherment of Ancient Writing Systems . So far, he said, there are only 15 characters with known pronunciation and 19 plausible suggestions.

"It may well be that Desset's work will add more characters to the list of suggestions," Mäder said. "But, until we know the function and pronunciation for all characters, we won't know for sure."

Mäder also has "considerable doubts" about Desset's statement that the script is purely phonographic: "Mathematical analyses show that the Linear Elamite writing system consists of only 70 percent phonetic characters," Mäder said. The rest are word signs, he added.

Whether Desset is right or not remains an open question for the time being. In October, experts on ancient writing systems will meet at a conference in Norway to discuss the discovery.