Aquaponics: The future of agriculture? | Environment | All topics from climate change to conservation | DW | 13.08.2021

Aquaponics: The future of agriculture?

Growing vegetables and fish together in a confined space, and without fertilizers and pesticides. Is this the future of food production? 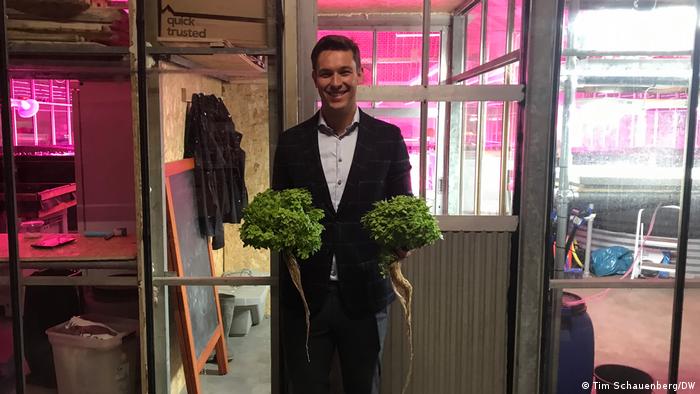 Like a shimmering purple spaceship, the glowing greenhouse stands in the middle of an old dairy factory in an Eindhoven industrial park in the Netherlands.

It can't fly — but, if the founders of the startup Phood Farm have their way, their business will soon take off. They hope the future of agriculture will be birthed here.

The method used by the five young founders to grow up to 200 kilograms (440 pounds) of lettuce per week on an area smaller than a tennis court is called aquaponics — a combination of aquaculture, or fish farming, and hydroponics, which is growing vegetables in water without soil.

The two systems together create a highly resource-efficient water and nutrient cycle.

Agriculture is depleting our resources

Monoculture food production and excessive use of fertilizers and pesticides are harming our soils and biodiversity and threaten entire ecosystems. 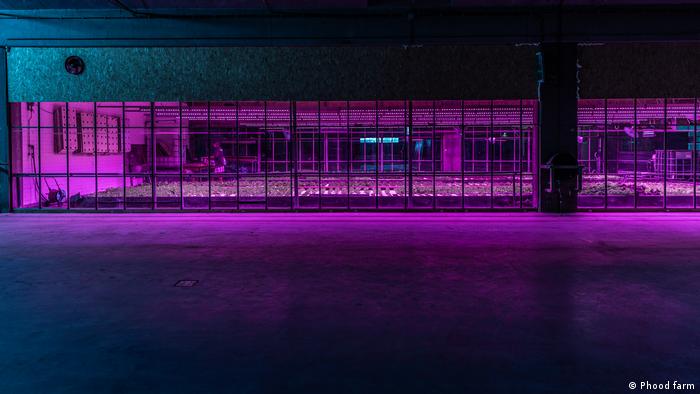 Global food cultivation is responsible for about one-fifth of all greenhouse gas emissions — not including transportation.

Meanwhile, 70% of the world's drinking water is used for agriculture, despite half the world's population facing serious water shortages for at least a month of the year.

Phood Farm believesn that aquaponics can be an important part of the solution. For one, its food production system uses 90% less water than conventional farming.

In a greenhouse, water is only lost when it evaporates or is absorbed by the plants, explains Tim Elfring, a Phood Farm co-founder.

How does a recirculating agricultural system work?

It's a relatively simple process: After the seedlings are grown, the lettuces are placed with their roots on a floating Styrofoam plate and spend five to six weeks ripening before they are harvested. 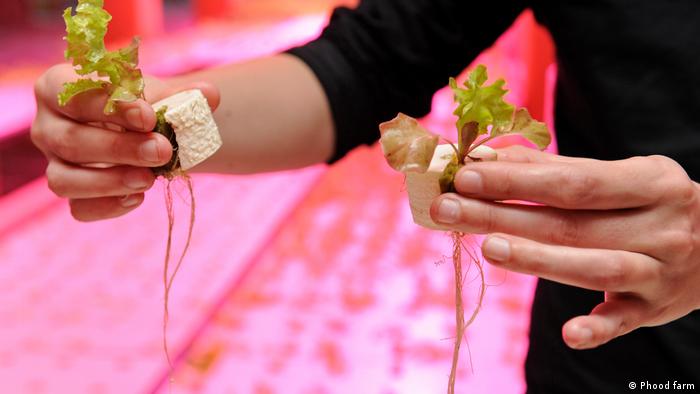 In front of the plant basins are two large pools in which 180 koi carp swim. Their excrement is pumped into a pool where natural bacteria from the air, soil and water convert potentially toxic ammonia from the fish manure into nitrate — which plants need to grow.

As the plants feed on the nitrate, they also purify the water, which is pumped back clean into the fish pond.

Plants need little or no extra fertilizer to grow in an aquaponics system. "We have the fish, they deliver all the nutritional value," said Elfring.

Because the system is closed to the outside and extremely controlled, it also doesn't need pesticides.

The yields are also significantly higher compared to conventional aquaculture, said Werner Kloas, a scientist at the Leibniz Institute of Freshwater Ecology and Inland Fisheries (IGB).

"If you have 10 liters of water, you can usually produce 2.5 grams of fish in a closed recirculation system," he said. "With a fully equipped aquaponics system, you can now get up to 100 grams of fish, and you can produce 500 grams of tomatoes at the same time."

Tomatoes, eggplants, lettuce, various herbs and vegetables can be grown in this way. Theoretically, it would even be possible to plant grain and corn, but the infrastructure investment would be too high to make it economically viable. Perennial plants and fruits such as apples or oranges are not suitable.

Unlike other aquaponics systems, Phood Farm raises koi carp for fish collectors. Elfring and his partners are considering switching to fish for consumption soon, partly as a means of combating  overfishing, which is one of the biggest threats to marine ecosystems.

Though aquaculture has been touted as a solution to overfishing in the ocean, the resulting fish excrement is an enormous burden on surrounding ecosystems.

Meanwhile, the farming of carnivorous species such as salmon also promotes overfishing of the forage fish needed as feed.

About 20% of the fish caught worldwide are used as feed for aquacultures, according to the environmental organization WWF.

People about the problems of overfishing in West Africa

Growing species that can feed primarily on plants such as tilapia or carp is therefore crucial to the sustainability of aquaculture — and aquaponics.

According to Abdus Salam, a scientist at Bangladesh Agricultural University, smaller recirculating systems can be especially useful in developing countries in Africa, Asia or Latin America.

With a rooftop open system of about 10 square meters (108 square feet), a family in Bangladesh could "supplement almost 70% of its vegetables around the year," Salam said. This could be important in developing countries with scarce resources that are increasingly being impacted by climate change.

With about $100 (€84), Bangladeshis could harvest about 40 kilograms of vegetables four times a year, and 7 kilograms of tilapia fish annually, Salam said. Aquaponics cultivation can be done almost anywhere, including on rooftops in the city or in the countryside. 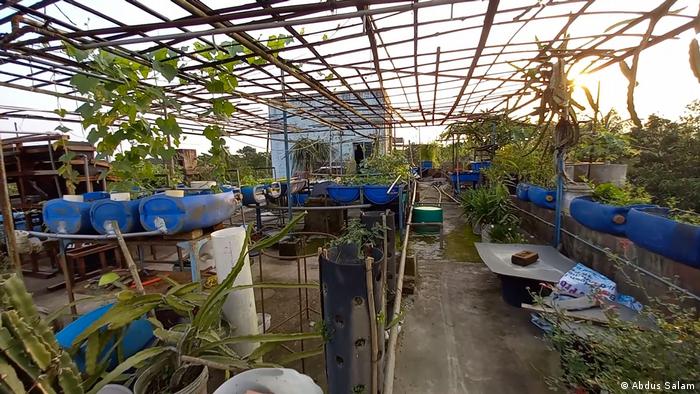 In light of the growing food demands of an increasing global population and greater resource scarcity, Werner Kloas sees large-scale aquaponics as the future. "I think for food security for all of us, we need some big facilities," he said.

The Dutch company Omegabaars shows how this can be done. The fish farm has established a shared water and nutrient cycle with a neighboring tomato plantation.

"That's my vision," Kloas said of how aquaponics should develop over the next five to 10 years. "You will not have a system just producing one part or the other part — only fish or plants." The secret to food security will be systems that combine both.

Phood Farm's prices can already compete with local prices in Eindhoven. Although the young company is not yet highly profitable, that is expected to change in the coming months and years.

A larger facility in the middle of the city is in the planning stages. Until then, the aquaponics spaceship will remain on the ground — though it is ready and waiting for takeoff.

Want to see more? Here's our in-depth video on the subject:

Street Debate: Why is Ghana’s Fishing Industry under Threat?

The 77 Percent Street Debate is in Elmina in Ghana to look for solutions for the country’s growing fishing crisis.

Can eating fish be sustainable?

Tackling overfishing in the Philippines