They did it with downloads a decade ago, but will Apple once again be able to revolutionize the way we listen to music with the launch of their own streaming service, Apple Music? 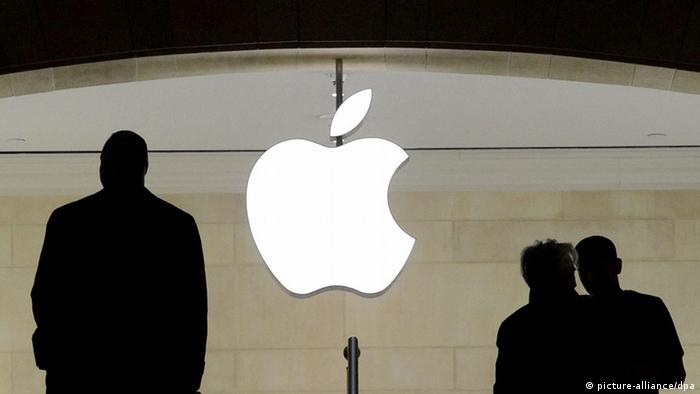 In 2003 then Apple Chief Executive Steve Jobs made an unwavering statement: "Subscriptions are the wrong path," he said when launching Apple's new online store, iTunes. "People have bought their music for as long as we can remember."

Memories it seems cannot hold back the future - and Apple has announced the company's entry into the music streaming market with Apple Music, while kicking off the weeklong Worldwide Developers Conference in San Francisco.

Jobs' anti-streaming, pro-download sentiment was a bold one, of course - and one pegged on hope. The music industry had, by then, been decimated by the advent of file sharing, and iTunes (with its legal, paid downloads) was billed as its savior. Jobs of course proved correct. After being shut down in July 2001, notorious file-sharing hub Napster relaunched shortly afterwards as a streaming service.

By late 2002 the company was officially bankrupt. The world wasn't yet ready for streaming - this was still very much an economy where you bought and owned your music. A distant time when the iPod was still at the peak of technical prowess, and the iPad the fancy of science fiction. 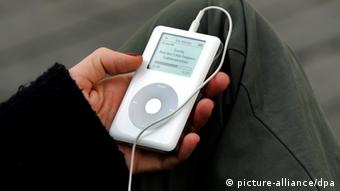 The iPod, and its partner the iTunes Music Store, revolutionized the music market over a decade ago

In 2015 the landscape couldn't be more altered. The iPod has all but been retired and the music scene is now cluttered with innovative music services and distribution mechanisms - from built in smartphone music apps, and online radio to the rebirth of premium vinyl. But no innovation of the last decade has had such an impact as music streaming - and now Apple is set, against Jobs' predictions, to finally enter the fray with the biggest overhaul of iTunes yet.

Apple comes somewhat unfashionable - and uncharacteristically - late to the streaming party. In 2014 consumers spent nigh on $1.6 billion (1.44 billion euros) on music streaming, according to figures from the International Federation of the Phonographic Industry - who also says around 41 million people pay for a subscription to a streaming service.

The scene is already cluttered with brands from Google Play to Rhapsody, Tidal to Soundcloud. And of course none roar as loud as Spotify, with its 60 million users, of which 15 million are paid subscribers. These figures are impressive, but of course cower in the shadow of Apple's market prowess - the company is recognized as the world's most valuable brand, and became the first US company in history to be valued at over $700 billion. 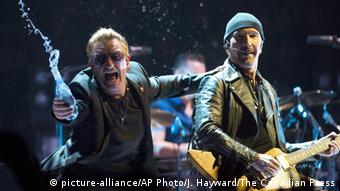 While it is yet unknown whether Apple will pilfer customers from Spotify and co, what is certain is it'll bring streaming to the masses. The company already has a colossal 800 million credit cards linked to its iTunes store - thus a seamless transition to streaming for 800 million customers. And that is welcome news from an industry which saw an 8 percent global fall in downloads in 2014. Despite its late entry into streaming, many are banking on the "Apple factor."

"This is expected to be a mainstream, possibly transformative announcement," Larry Miller, a music business professor at NYU-Steinhardt, told the "LA Times."

Apple Music will kick off on June 30 across 100 countries. It will initially be available to people with Apple products but later be on offer to people using Android - a key shift in Apple's approach, which has traditionally been to lure consumers to its own products. This signals Apple's desire to be the one-stop global shop for streaming.

The streaming service will be available from 9.99 euros per month (with a family deal for 14.99) and also features a 24 hour live radio station called Beats 1, which has lured in such influential heavyweights as DJs Zane Lowe in Los Angeles, Ebro Darden in New York and Julie Adenuga in London. Apple's move into streaming comes after the purchase of Beats - a music company owned by Dr. Dre and Jimmy Iovine - almost one year ago, for $3 billion. 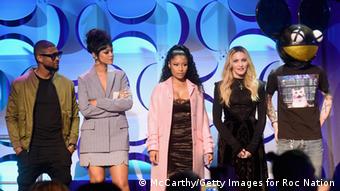 Stars align: the launch of the Tidal streaming service earlier this year

Whether this proves another "iPod moment" in the history of Apple and global technology will depend on how successful Apple is in convincing people to sign on to the streaming revolution with their hard earned pennies - something other companies have only partially succeeded in. Apple also has more than enough cash reserves to offer enticing exclusives, from specially recorded tracks to live performances.

"If Apple wants to make a dent, it can by its sheer heft," Peter Csathy, a digital media expert in LA, told "USA Today." "It can simply throw gazillions of dollars at the problem/opportunity. There is nothing else like it."

However, Apple Music's launch also comes in the unsteady wake of Tidal's arrival earlier this year which, after a star-studded launch party featuring everyone from Madonna to Jay Z (who bought the company for $56 million), rapidly lost momentum - quickly dropping out of Apple's App Store top 700 apps, as well as being widely ridiculed for the overblown histrionics surrounding its all-star launch.

Despite its influence and scale, Apple itself is not immune to controversy - coming under intense global criticism after uploading U2's 2014 album "Songs of Innocence" unsolicited to hundreds of millions of iTunes accounts, angering many users and forcing both Apple and U2 to apologize. If anything, it was first the clear evidence that even Apple doesn't always get it right.

Apple investigated by two US states over streaming service

The states of New York and Connecticut are investigating Apple's talks with music companies for antitrust violations, reports say. It comes after Apple announced its music streaming service on Monday. (10.06.2015)

Mobile messaging giant Line has introduced a music streaming service in Japan, just weeks ahead of a similar launch by Apple. Unknown to many, Japan boasts the world's second biggest music market. (11.06.2015)

Some of the biggest names in music have launched a new, artist-owned music streaming service - the first of its kind in a crowded industry. Its shareholders bill it as an answer to dwindling royalties in the digital age. (31.03.2015)