A new app sends history fans on a special journey back in time through Berlin, to 200 places associated with historical moments of freedom. We tested the "Path of Freedom" tour. 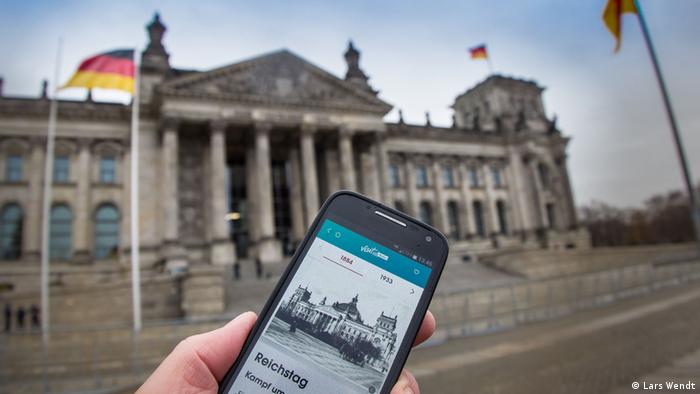 Freedom — a feeling that has always moved the hearts of Berliners, especially in light of the confinement and lack of freedom caused by the Berlin Wall.

The struggle for freedom is the main focus of the "Path of Freedom," a virtual city tour provided by the new travel guide app "About Berlin." The city's tourism promoters, Visit Berlin, developed it together with the Center for Contemporary History Research in Potsdam.

From rubble field to the arena of the East-West conflict

You might wonder where such a journey to freedom would begin. Where is the most significant site connected with the fall of the Berlin Wall: the Brandenburg Gate, or the historic Reichstag building?

In fact, the tour takes neither: Its starting point of the tour is a 17-story house in the Hansaviertel, a high-rise housing estate from the 1950s in the Tiergarten district — not a known place of interest, and without a tourist to be seen. Why here?

"The city of tomorrow" is the name of the first app episode. Protagonist: Klaus Müller-Rehm, a young architect. The journey through time leads back to 1957, when the international architectural elite from Alvar Aalto to Walter Gropius went to an exhibition in West Berlin to design the city of the future on a field of post-war ruins.

Architectural novice Müller-Rehm was awarded the contract for the highest skyscraper in the new Hansaviertel. The project was West Berlin's minimalist avant-garde response to the splendid boulevard of East Berlin, Karl-Marx-Allee, built in the "wedding cake" style. And Müller-Rehm's skyscraper remains a self-confident, lasting expression of the freedom of West Berlin. This is a story that is rarely found in a travel guide. 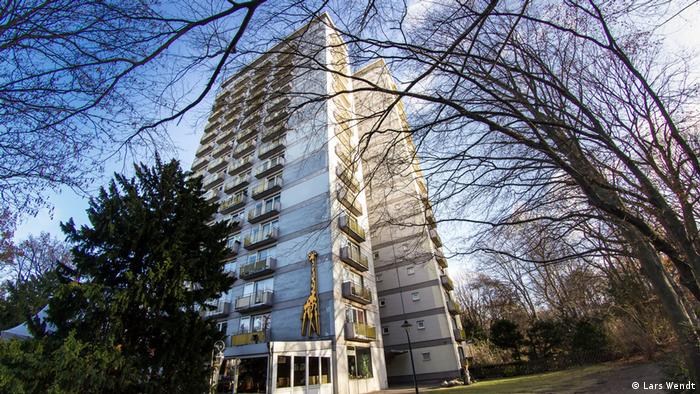 Those eager for knowledge get their money's worth not only in the Hansaviertel, but also at 14 other stops. This special 45-kilometer (28-mile) city tour takes you from the Tiergarten via Alexanderplatz to the outskirts of Potsdam. So there is plenty of material for two days of sightseeing in Berlin, at the very least.

The "Path of Freedom" alternates between insider tips and known tourist attractions. The Reichstag building is included as the site of the celebration of German reunification in 1990. Then in 1995, artists Christo and Jeanne-Claude spectacularly wrapped up the building. Since 1999 it has again housed the German parliament.

The tour also leads to the former airport at Tempelhof. During the Berlin Airlift in 1948/49, the Allied planes landed there by the minute to supply West Berlin during the Soviet blockade.

Another stop is the Glienicke Bridge, where East and West exchanged spies during the Cold War.

The Brandenburg Gate is also marked with US President Ronald Reagan's words to the Russian leader at the time: "Mr. Gorbachev, tear down this wall!"

'The first house on the left'

Only a few steps away from the famous gate, the "Path of Freedom" opens the darkest chapter of German history.

Right next to the Brandenburg Gate stands the rebuilt Max Liebermann House.

Anyone who ever wanted to visit the famous painter was given directions with: "Kommste nach Berlin, dit erste Haus links" (If you come to Berlin, it's the first house on the left).

Rebelling against the Kaiser and the Academy of Fine Arts, of which he later became president, Liebermann had to watch the National Socialists' torch-lit march through the Brandenburg Gate from his window in 1933.

He expressed his anger about it in Berlin exclaiming: "I can't eat as much as I want to puke." Because of his Jewish faith, Liebermann was banned from exhibiting by the Nazis and died in 1935 in his house at the Brandenburg Gate — a place that many tourists do not notice, but one that shows how close freedom and oppression can be. 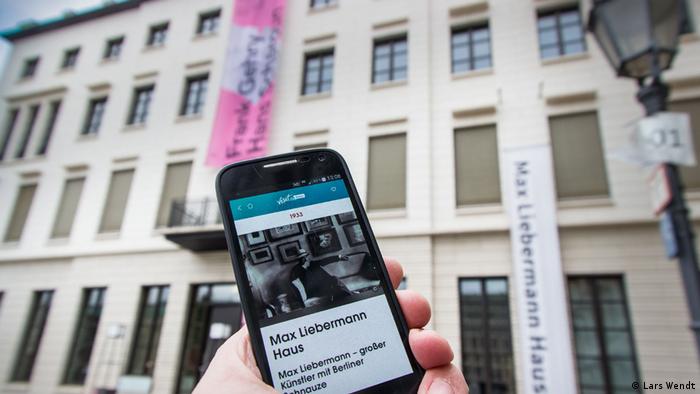 Just glance alongside the Brandenburg Gate: The Max Liebermann House is just as interesting

Anyone who wants to can take the initiative to walk away from the usual route; the app actively makes suggestions.

Not far from the Reichstag, it recommends the topic "Sex is relative" and guides people in the Tiergarten to a few broad steps between the chancellery and the exhibition and congress center, Haus der Kulturen der Welt.

There is nothing there now to remind you that from 1919 this was the address of the Institute for Sexual Sciences, founded by Magnus Hirschfeld.

The doctor researched love, its practices and its diversity in his institute, the app says.

He confronted prejudices against homosexuals with science and research.

But Hirschfeld, like Liebermann, was a Jew and lived in exile in southern France from 1933. From there, he heard the news of how the Nazis plundered his institute and burned his library. He died in Nice in 1935. Today Hirschfeld is regarded as a pioneer of the gay movement, not only in Berlin. 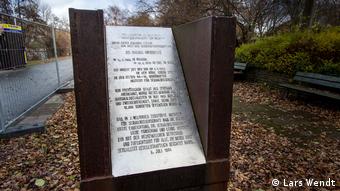 A total of 200 locations are integrated into the app "About Berlin," with offline texts, 70 audio documents via YouTube and more than 600 historical photographs.

Sometimes the navigation ends in front of bushes or garbage cans. To some extent, historical knowledge is assumed. And yet: If you dare to look sideways at landmarks such as the Brandenburg Gate, the app rewards you with fascinating stories. And the human fates of Berliners, which reflect great and small moments of the past, come to the fore.

This distinguishes "About Berlin" from travel guide apps such as Tripwolf, Mytrip or Marco Polo. Want tips for restaurants or hotels? Or to buy a ticket for a museum or concert? You won't find them here!

While the other travel guide apps offer gastronomic offerings, tourist attractions such as Madame Tussaud's and Nazi memorials on an equal footing, "About Berlin" has a particular focus.

The "Path of Freedom" is only one of a total of five tours. Others are already in the pipeline.