Anti-terrorist ′march′ of Muslim imams comes to Berlin | News and current affairs from Germany and around the world | DW | 09.07.2017

On the second stop of a weeklong tour, liberal Muslim clerics visited the site of last December's Christmas market terrorist attack. It was a symbolic gesture that carries very real risks for some participants. 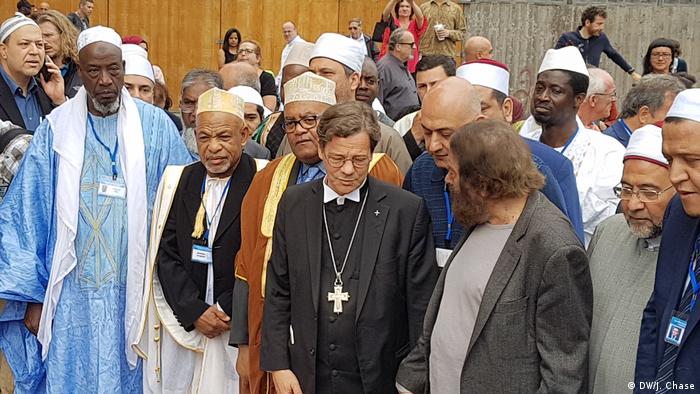 The international imams currently traveling France, Germany and Belgium to speak out against extremism and terrorism could hardly have chosen a more symbolically loaded location for their German stop. Berlin's Breitschiedplatz square is the home to the Kaiser Wilhelm Memorial Church, whose permanently damaged state is a reminder of the destruction of the Second World War - but also the site where Islamist Anis Amri drove a truck through a crowded Christmas market last December, killing twelve people.

The imams, who mainly hail from Francophone countries, laid flowers at the makeshift memorial outside the church. This was followed by a half-hour ceremony in French, Arabic, German and Hebrew blessing the clerics' trip and paying respects to the victims. Representatives of Berlin's Muslim community briefly addressed the crowd.

"These monsters who blow themselves up and kill other people do not do this in the name of Christianity or any other religion," said Berlin State Secretary for Citizen's Political Activism Sawsan Chebli at the ceremony. "They do it the name of what we call our own - I'm Muslim, too. So this is a really strong signal that Muslims are for peace and co-existence."

The "march," actually a bus tour, is the brainchild of the imam of the Parisian suburb of Drancy, Hassen Chalghoumi, and the Jewish French writer Marek Halter. Berlin imam, Taha Sabir, who is one of some 60 clerics taking part, spoke a prayer for the victims.

"We ask You (God) for peace and mercy for all the innocent souls who were unjustly killed by the hands of those who have lost their humanity and conscience," Sabri said.

But the event's most moving moment came not during the service itself, but at the press conference that preceded it. 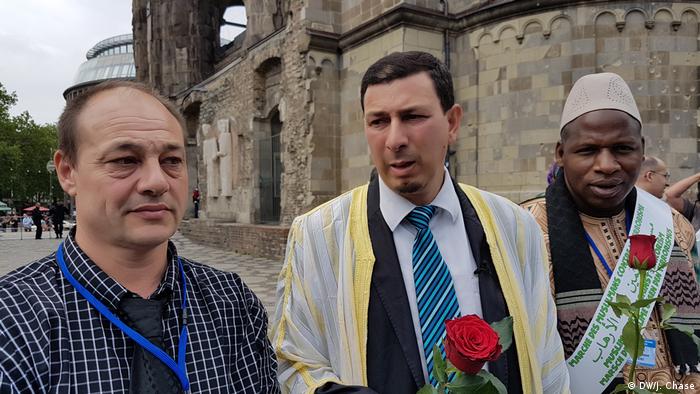 'They don't accept our speech'

Muslim communities in Germany and elsewhere have been criticized for not turning out in huge numbers to condemn terrorism. And critics of events like the one in Berlin on Sunday might say that humanistic words at a symbolic location don't do anything concrete to fight murderous Islamism.

But speaking to reporters before the service itself, the Vice President of Muslim Imams in France, Hocine Drouiche, detailed what was at stake for some of clerics who take part. Fighting back tears, Drouiche said that he and his family had been threatened from within the Muslim community because of his liberal outlook.

Some of the imams taking part in the march, he added, will lose their jobs for expressing their views.

"The majority of Muslims don't accept our speech," Drouiche told Deutsche Welle. "We're afraid for our wives and children. It's a very difficult problem. These people need to be enemies of the Occident."

It was a pointed and poignant reminder that while the imams taking part in the march insist that Islam, correctly practiced, is a peaceful, humanist faith, there is a significant sub-culture that chooses confrontation and violence against anyone who doesn't share their beliefs. 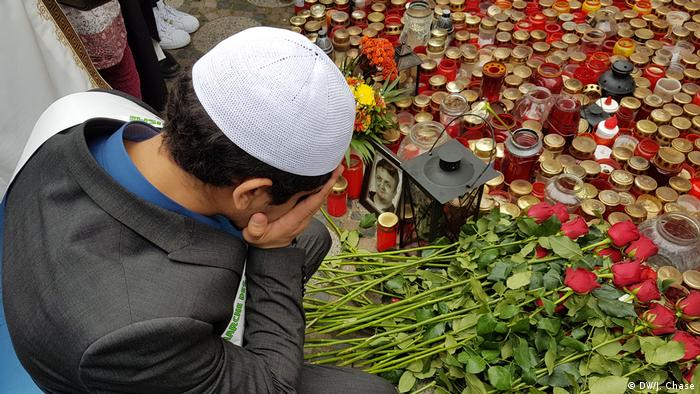 The lack of demonstration culture

"I'm participating in this march because I want to say that there's no such thing as Islamic or Muslim terrorism," Sabri told reporters. "This is a fascist ideology that misuses Islam."

But if Islamism is fundamentally a neo-fascist political movement, and not a religious one, the question remains why masses of Muslims in Germany have yet to take the streets to protest against it. The spectators who turned out for the Sunday's event were outnumbered by the television, radio and print journalists covering it.

A Danish mother and her two teenagers, for instance, told Deutsche Welle that they were astonished that more people had not attended. They said that around a thousand people had taken part in a similar event in Copenhagen a few weeks ago.

A group of four Muslim women said that the prayer ceremony and the march in general had been poorly publicized and that many Muslims work on Sundays. But they all agreed that they'd like to see more events in which Muslims publicly distanced their religion from terrorism. 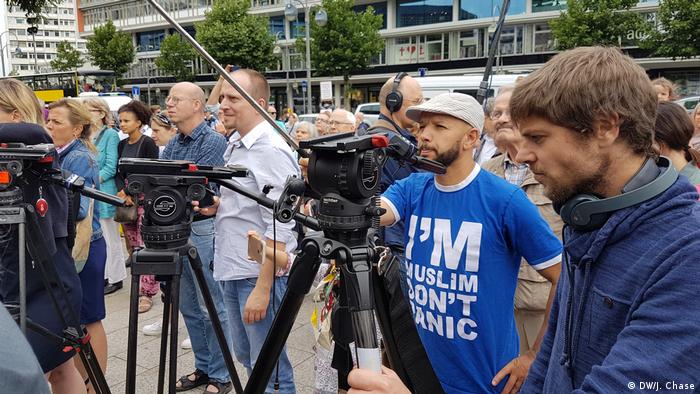 Community leaders like Mohammad Hajjaj, the chairman of the Berlin chapter of the Central Council of Muslims in Germany, blames the fact that demonstrations aren't common in the countries, often dictatorships, where many Muslims come from.

"I don't think that Muslims really have a culture of demonstration," Hajjaj told DW. "Muslims are only familiar with people protesting on the street since they began emigrating to Europe in the 1950s and 60s. It won't be until a new generation takes over that this becomes something natural."

Those who did attend the event did say that they thought it was valuable and hoped that it would inspire similar ones.

One young man said he particularly liked the fact that Christianity, Islam and Judaism were all represented - at the imams' express wish their journey was also given a blessing in Hebrew by a Berlin rabbi.

The man also agreed that more Muslims should turn out to publicly say no to terrorism and yes to tolerance.

"It's important to keep showing people what Islam is really like," he told DW.

After giving interviews and fielding questions from the press, the imams got back on their their bus. The next stop on their weeklong goodwill tour is Belgium.