Anti-Muslim provocations ′aim to split believers′ | World | Breaking news and perspectives from around the globe | DW | 19.09.2012

Caricatures published in a weekly French satirical paper have riggered protests in Muslim countries. Publishing them was the "wrong decision in the current circumstances," says European Parliament member Sajjad Karim. 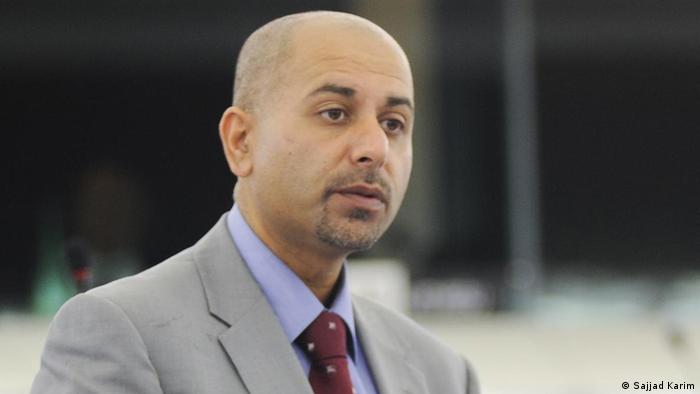 DW: French satirical magazine "Charlie Hebdo" published a series of cartoons of the Prophet Muhammad - some of them showing him naked. What was your initial reaction when you heard that these cartoons have been published?

Sajjad Karim: The timing of it all is deeply inconvenient bearing in mind what is happening in various parts of the world as a reaction to the filming incident which is still ongoing. From that aspect, I don't think it's the best editorial decision.

The French foreign minister criticized the magazine's move as a provocation, but the country's interior minister has also said that freedom of speech - including caricature - is a fundamental right. Mr. Karim, you're a Muslim, you're also a member of the European parliament - should democratic freedoms be upheld at any cost?

It's a balancing act that one has to undertake here. I certainly believe and find that this particular publication is offensive. It is insulting. The movie that is ongoing at present is designed to provoke not in any constructive way whatsoever. But one then has to bear in mind that this is an issue of individual, editorial decision-making. And for instance in my own country, in the United Kingdom, there has not been any such publications carried out - not through any government dictate of any sort, but simply through editorial decision-making. Here, the editor has made a decision which I think is not in the interest of either his magazine or indeed of France on an international scale bearing in mind what is happening presently, it is simply the wrong decision in the current circumstances. 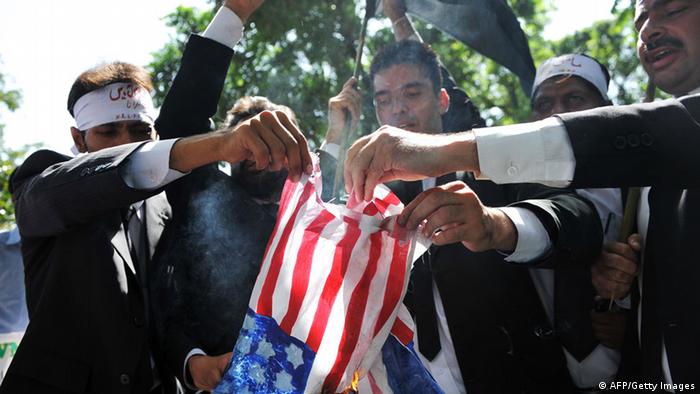 A US flag was burned during a protest in Pakistan

Over the last week we've seen angry demonstrations and sometimes deadly and anti-Western attacks in Muslim countries because of the film "Innocence of Muslims" that was posted on the Internet. Are tensions between the Christian and Muslim worlds reaching a tipping point?

I think it's highly unfortunate that we find ourselves where the whole agenda is being dictated by a minority of extremes. It's quite clear that this is very much a minority and extremist interest that has created this movie in the first place and there has been, therefore, in many ways a very understandable reaction in certain quarters because what you have to bear in mind is that in many of the countries where demonstrations have taken place - sometimes very peaceful, other times in a very violent way - they are countries in which there is very little understanding amongst the masses of one simple fact: in the United States of America, certainly in the European Union, governments simply do not have control over the media in the way that the populations in these countries may think that they have. It's that fundamental misunderstanding which is leading to these reactions.

Having said that, I have viewed the movie, I did find it deeply insulting. It is a movie which has no factual basis or content whatsoever. Therefore, I can well understand that people's sensitivities will be pushed to the limits.

Do you get a sense that - at least here in Europe - moderate Muslims are becoming radicalized as a result of these cartoons and the film poking fun of the prophet?

I have not seen any evidence of that sort of movement taking place at all. What I have seen is that the overwhelming vast majority of Muslims in Europe have voiced their opinions within the democratic norms that are available to them in a very peaceful way. But what you have here is a small minority of extremists who have made this movie, they do not represent a Western or Christian viewpoint at all and neither do the small minority of extremists who have responded in a very violent way represent European Muslims either.

Many Christians would agree that these cartoons are a provocation, so there is a degree of unity here.

I think one of the things that is happening through this ongoing process is whilst many of these people undertake these actions do it with a view to creating a split amongst the faith communities. I think ultimately it has the opposite effect: it brings those who believe in interfaith harmony to a point of more commitment to understand one another more and accept one another's viewpoint more.

Is the right-wing benefiting from these incidents?

It's the extremes that are providing oxygen to one another. It's a pendulum effect where one set of extremes needs the other set of extremes to operate in a certain way in order for them to have the oxygen to then react and than that reaction causes a further reaction by the originating extreme if I can put it in those terms. That's the sort of situation we are in, and through new mass forms of communication that are so easily and readily available for abuse by people, they are being used and manipulated in these very unfortunate way. 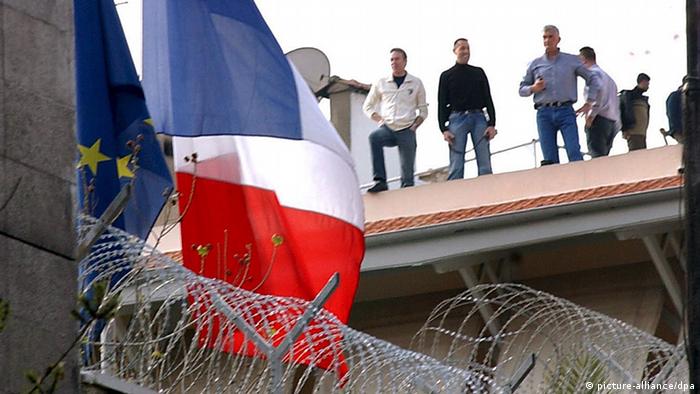 Politicians talk about the need for dialogue and understanding. At this point though, what needs to be done on a practical level to prevent more violence?

What has been extremely helpful is, of course, the statements that have been made by the US government denouncing the film, the content of the film and the making and distribution of the film, distancing itself from this particular activity that has taken place. That's been very helpful. The fact that there is overwhelming support in the international community; to say that there is no justifiable content for this film in terms of it not in any way seek to have any effect of pushing the boundaries in film making or message of any sort. It is something that is designed purely for one purpose and that is to cause a reaction which is not favorable to anybody. Whilst that remains the case, I think it's important for Muslims across the globe to realize that the international community is saying that we understand the hurt that you feel, we accept the hurt that you feel, we deplore what has happened and therefore, don't carry out a reaction which in any way takes away from that strength of feeling of the international community which is standing by you all at this moment in time.

You're no stranger to religious violence - I believe you were in the Taj Mahal Hotel in Mumbai when it was attacked in 2008, and you've experienced death threats and harassment from far-right-groups like the English Defence League. Most of us fortunately don't have that first-hand experience. Has it changed your outlook on humanity?

It certainly made me ever more determined to ensure that these minority extremist are not allowed to dominate the agenda. I have faced the wrath of both Islamic extremists by facing their gunshots in Mumbai and I have had far-right white-supremacist extremists groups surround my home whilst my wife and family were inside and absolutely terrified them. However, the point is this that these small extremist groups do not represent anybody other than the small clique of warped thinking that very few members hold. It's absolutely essential that people like me step forward and speak for the majority, and the majority are the right thinking people who absolutely appall all of these people that carry out these actions. Whether they may be the Anders Breiviks of this world or whether indeed it may be people associated with al Qaeda - they are the minority, they are the extremists; we are the majority and we will face them.

Who profits from the anger?

The protests against the anti-Muslim film "Innocence of Muslims" are an expression of genuinely hurt religious feelings. But they are also the result of radical ideologists who are following their own aims. (19.09.2012)

The "whole Islamic world" is not up in arms because of the Muhammad video, neither do we need new laws to restrict freedom of speech, says DW's Felix Steiner. (19.09.2012)

Protests against an anti-Islam film originating in the US are spreading across Muslim countries. DW takes a closer look at what's behind the violent demonstrations. (19.09.2012)