Anti-abortion protesters stage a 'Walk for Life' in Croatia

Thousands of people, including many youths, protested against abortion in Zagreb and called on the Croatian state to protect "every human life." 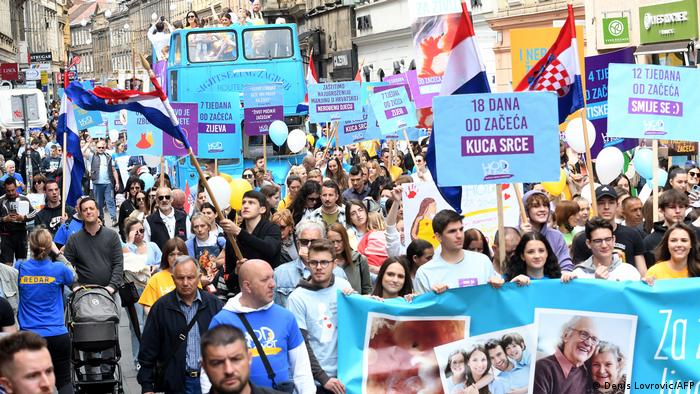 Protesters say their goal is to preserve life

A march against abortion and euthanasia drew in thousands in Croatia's Zagreb on Saturday, with feminist groups staging smaller counterdemonstrations.

Organizers of the sixth annual "March for Life" said they were calling for "protecting every human life, with no discrimination" towards fetuses and the elderly. They also urged the officials to provide more support to pregnant women.

One of the banners at the anti-abortion event read "Unborn lives matter too."

The protesters also waved Croatian flags and sang patriotic songs while marching through the Croatian capital. Many young people took part in the event.

What do protesters say?

"Some animal species are protected, but the human life is not," he said.

A female protester told the broadcaster that she was there to show "how much joy it brings to us to contribute in creating life."

What was the response from the pro-abortion camp?

Pro-abortion activists staged their own protests along the route of the anti-abortion march. Some of them wore bloody aprons and were carrying cloth hangers. 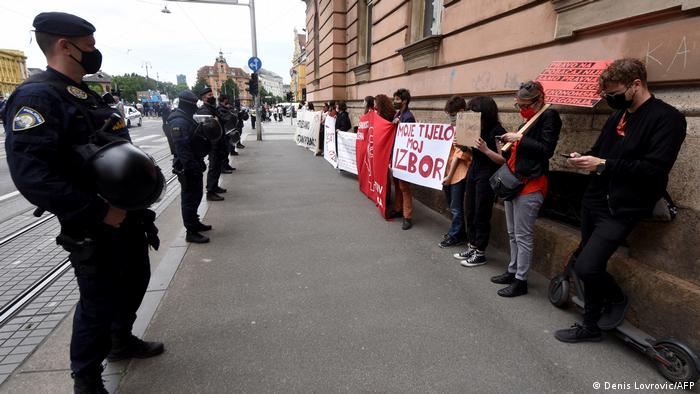 Croatian police was deployed along the route and near counterprotesters

"We are here to tell them that a woman has a right to choose," one counterprotester told HRT. "We also want to remind the officials that they are very late when it comes to passing a new abortion law, including the right to safe and free abortion, the right to free contraception and the day after pill." 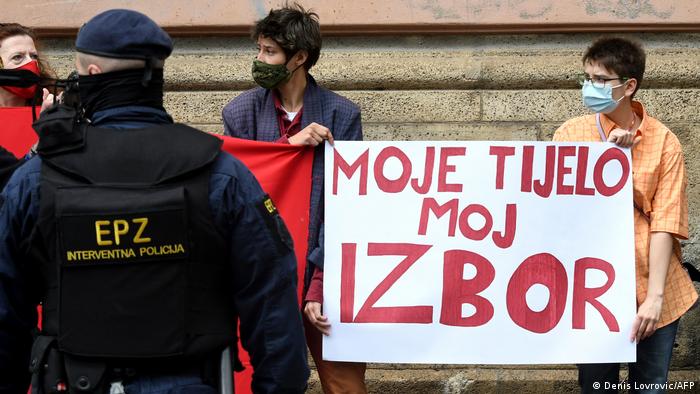 "My body, my choice" the banner reads

Why is there friction around abortion laws in Croatia?

Abortion is currently legal until the 10th week of pregnancy in the predominantly Catholic Croatia. The law was passed in 1978, when Croatia was still a part of now-defunct socialist Yugoslavia. Since Croatia declared independence in 1991, however, the influence of the Catholic Church has grown much more powerful.

According to the AFP news agency, a growing number of doctors are refusing to conduct abortions on moral grounds.

Croatia joined the EU in 2013, making it the newest member of the 27-nation bloc.