Is Croatia going the way of Poland on reproductive rights? | Europe | News and current affairs from around the continent | DW | 26.12.2020

Is Croatia going the way of Poland on reproductive rights?

In Croatia, lawmakers and activists have been debating abortion legislation for three decades. The church, conservative politicians and pro-life activists now want to see rules tightened as they have been in Poland. 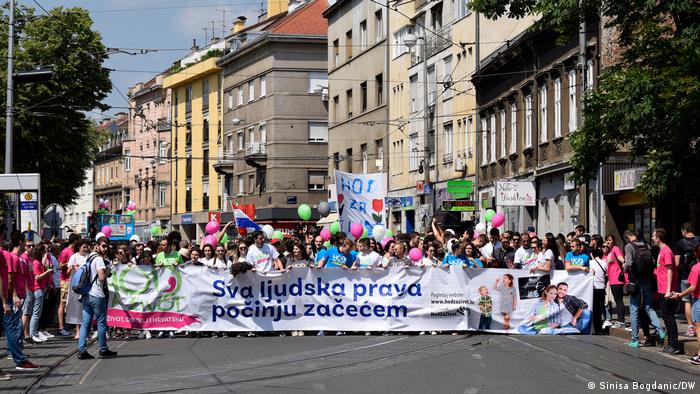 The anti-abortion movement is strong in Croatia

Since 1991, when Yugoslavia fell apart and Croatia became an independent state, conservative elements in the country have been trying to overturn the liberal abortion law introduced in the communist era. This legislation from 1978 allows Croatian women to have an abortion up to the 10th week of pregnancy without having to give reasons or fulfill any additional conditions. That is the theory. In practice, however, implementing the law has been somewhat tricky, as it was amended in 2003 to give doctors the right to refuse the operation on grounds of conscience.

Sanja Kovacevic from the organization Platform for Reproductive Justice concedes that Croatian women's rights activists did not see the dangers of this amendment in time and failed to take appropriate action. She says it was not until the conservative Croatian Democratic Union (HDZ) came to power again that they realized the change to the legislation could be problematic. "There is a certain clique in medical circles and associations that cooperates with the conservative organizations in the country," she says. 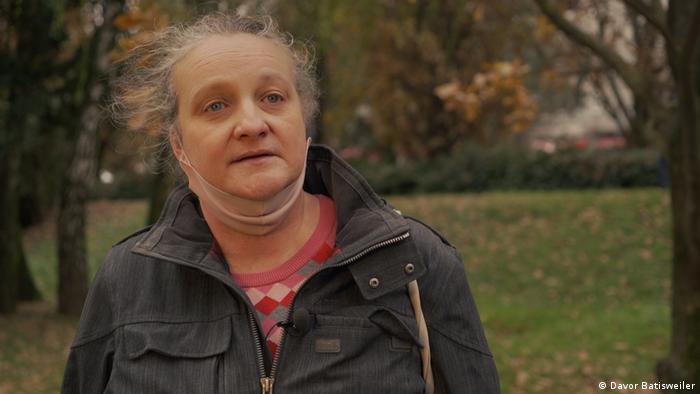 A growing number of Croatian women are now traveling to neighboring Slovenia to have abortions. Leftist-liberal activists are in no doubt that the powerful Catholic Church and the ruling HDZ are to blame for this. Having an abortion is increasingly stigmatized in Croatia, Kovacevic says, while women's freedom to take decisions about their own bodies is being called into question more and more.

Kovacevic says that religious instruction is given higher priority than sex education in Croatia. She has harsh words for what is happening in her country: "Women are experiencing a kind of gynecological violence." According to her, when women go to their local hospital and say they want an abortion, they are turned away and often have to endure insults and moral lectures to boot.

These claims are borne out by the results of a study in the hands of the Croatian commissioner for gender equality, Visnja Ljubicic. The research was carried out in 30 state-run hospitals and clinics in which abortions should be possible — in theory, at least. 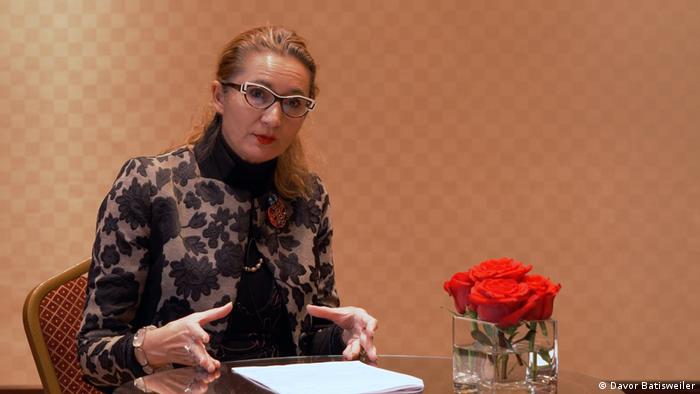 Ljubicic also recounts that women have often complained about finding disturbing anti-abortion material in hospitals, such as brochures and posters. She says this material was mostly removed at her intervention.

Although Ljubicic is aware that both the right to abortion and the right of doctors to refuse to perform one are enshrined in Croatian law, she says this does not mean that one right has precedence over the other. "It cannot be that an individual right is used as a collective right to block an entire medical institution," she argues. She offers a practical solution: "If all the employees at a state-run clinic exercise this individual right, the clinic has to hire a doctor from outside who carries out the abortions."

Good or bad news from Poland?

Reports that the already strict abortion laws in Poland have been tightened further have shocked Croatian women's rights activists. But in the conservative circles that are fighting for a ban on abortions in Croatia, they have provoked enthusiasm.

The best-known Croatian pro-life activist, Zeljka Markic, welcomes the decision by the Polish Constitutional Court as a "recognition of the scientific realization that life begins with conception."

Markic, who chairs the association In the Name of Family, said the ban has made Poland a "beacon" for the other EU member states with regard to children's and human rights. She says this applies "especially to a country like Germany, which has experienced in its recent history what it is like when the right to life is not absolute but depends on a person's nationality, religion or state of health."

For Markic, the right to abortion is not just a right that affects women. "For me, it is a decision by women and men. Every child has a father and a mother. And the men should be allowed to play a part in the decision." She does not believe the surveys showing that a majority of Croats are against an abortion ban and believes that every person is obliged to protect human life "from conception to death." 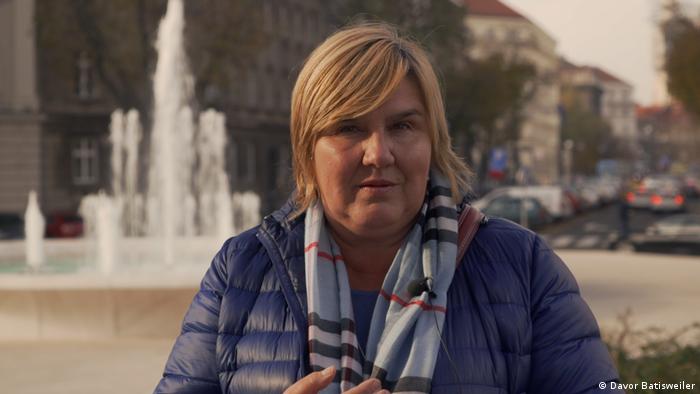 Zeljka Markic says life must be protected from conception on

Conservatives in Croatia have tried to overturn the 1978 law at the Constitutional Court. But in 2017, the court rejected their case and ruled that the existing law was constitutionally valid. At the same time, however, the government was tasked with amending the old law and building in preventive measures so that abortion remains an exception and does not become the rule. This task was to have been completed by 2019 but nothing has been done to this day.

Women's rights activists in Croatia reckon with a hard fight against the new law but are sure they will win. Kovacevic says that while Croatia has similarities with Poland in that the Catholic Church also plays a big role there, she does not believe that it will take the Polish path. She and her fellow activists feel that their cause has been strengthened by the 2017 ruling from the Constitutional Court: that the right to abortion is valid under the constitution.

Opinion: Abortion ruling is a nightmare for Polish women

The Supreme Court has ruled abortion unconstitutional in cases of fetal defects. That's a victory for the government — and a new way of controlling women's bodies, the Polish journalist Magdalena Gwozdz-Pallokat writes.