Another German company reveals its Nazi past | Germany | News and in-depth reporting from Berlin and beyond | DW | 22.10.2013

Almost 70 years after the end of World War II, many German companies have finally come clean on their close ties to the Nazis. German frozen pizza giant Dr. Oetker is one of them. 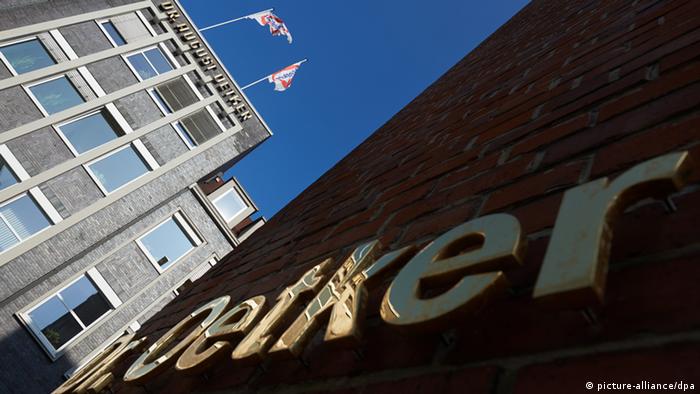 Dr. Oetker is one of Germany's best-known family enterprises: the name is on boxes of frozen pizza, pudding and cake mixes and slim envelopes of baking powder. Now, almost seven decades after the end of World War II, the company has published a book that looks into its history during the Nazi era. Dr. Oetker is one of the last German firms to do so, as many others faced their past years ago.

"Rudolf-August Oetker, the firm's patriarch for many years, never spoke to his eight children about the Nazi era and he resisted coming to terms with the company's past," Munich-based historian and co-author Jürgen Finger explains. His son and successor August Oetker, however, felt the need for a thorough rehabilitation, Finger told DW. The study by a team of historians led by Andreas Wirsching of the University of Munich finally sheds light on the matter.

Close to the regime 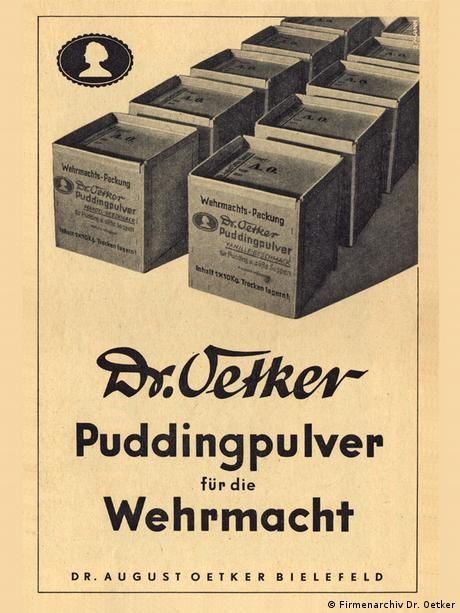 Like many other business magnates, then company chief Richard Kaselowsky sought to be close to the Nazis. Kaselowsky joined the Nazi Party (NSDAP) shortly after Adolf Hitler seized power in 1933. He made large financial donations to Heinrich Himmler, leader of the SS organization. Rudolf-August Oetker, his step-son and successor, also had no qualms about the Nazi leadership: in 1941, he volunteered to join the Waffen-SS, the armed wing of the party that also provided guards for the concentration camps.

According to the study, Dr. Oetker also employed forced laborers, though not in the main production facilities. Dr. Oetker was just one of the many German companies that sought the proximity of the Nazis, Bonn-based historian Joachim Scholtyseck says. "During World War II, no company was really clean," he says. "Everyone had to resort to slave labor when their own workers were fighting at the front." That even included adamant opponents of the regime like industrialist Robert Bosch.

Dr. Oetker is not the only company that has delved into its past and made its Nazi history public. Joachim Scholtyseck says there has been a flurry of studies looking into German companies' Nazi past. "It began around the millennium, when Deutsche Bank commissioned a major report," Scholtyseck told Deutsche Welle. Corporations like Daimlerand Volkswagen followed suit - and outperformed each other with company history publications from the Third Reich era. 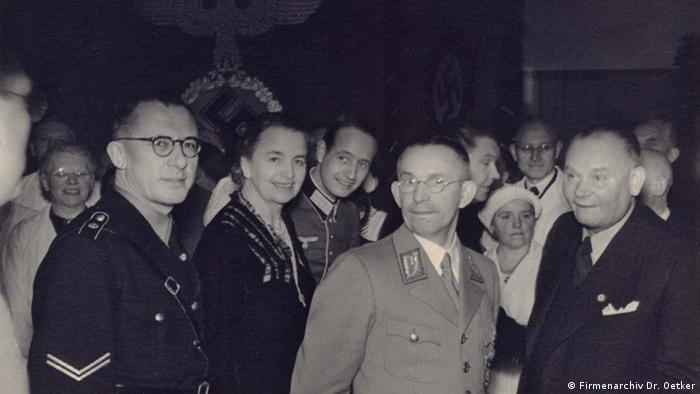 Dr. Oetker managers had no qualms about celebrating with local Nazi leaders

The spate is partly due to a generational change in the businesses, Scholtyseck says. The company managers who employed forced laborers during the war have disappeared "and no longer stand in the way of bringing the truth to light. The further in the past the Third Reich lies, the easier it is to deal with it." Fifteen years ago, it was easier for corporations to investigate and make public their past than for family enterprises, Scholtyseck says: "There are no personal ties, since Dad doesn't sit in the executive suite."

Family-run businesses have only recently started to throw light on their past, now that the generation that participated in that past has passed away and no longer blocks investigations. Companies were of course interested in their own history in the 1960s, Scholtyseck concedes, but chronicles written for company anniversaries at the time were sugar-coated. 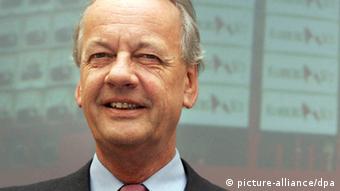 Historians have also found other reasons for the fact that German companies are coming clean about their past. "For one, there are fewer people who actually experienced the Nazi era," Jürgen Finger says. The firms want the younger generation to know what happened during those years and "public pressure to finally come clean about the past could also be an important reason."

Scholtyseck points out that companies have good reason to fear that someone else might uncover the shadows in their past,. The Quandt family, a major BMW shareholder, only commissioned Bonn University to investigate their past after a film aired on TV about the family's Nazi connections. "Today, companies say, we'd rather do it ourselves," Scholtyseck says. The next study expected is one on the Tengelmann retail group, and, say researchers, most German companies will have finally reappraised their past.

Bauer Media plans to stop printing the magazine "Der Landser," though not for legal reasons. It had faced complaints about the magazine's Second World War content from the Jewish Simon Wiesenthal Center. (17.09.2013)

Nuremberg Trials: An important step for Germany to confront its Nazi past 16.11.2020

Some are critical of the decision to turn Nuremberg's former Nazi Party rally site into a cultural venue. But can the arts play a role in remembering atrocities?