Bauer Media plans to stop printing the magazine "Der Landser," though not for legal reasons. It had faced complaints about the magazine's Second World War content from the Jewish Simon Wiesenthal Center. 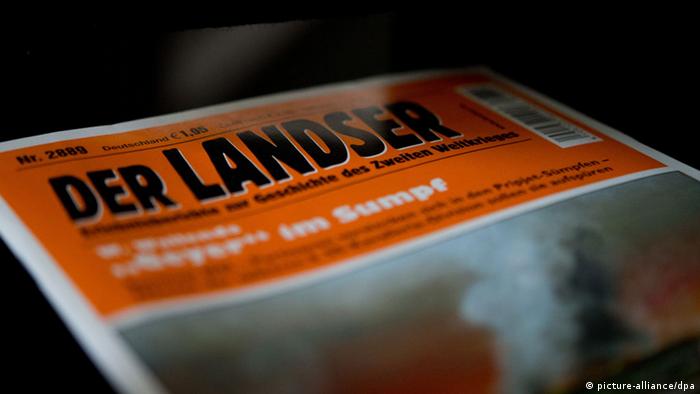 The Bauer Media Group publishes a wide range of magazines: you can read about the newest teen pop idols, fashion, easy-to-cook recipes - and wartime stories told through the eyes of German Wehrmacht soldiers fighting in the Second World War. Alongside Germany's most well-known youth magazine "Bravo" and glossy magazines such as "Cosmopolitan", Bauer is also responsible for "Der Landser." But not for long: on Friday (13.09.2013), Bauer announced that the title will be terminated. A spokeswoman for the publisher couldn't confirm when exactly the last edition would appear.

The magazine had been on the market since 1957 and took its name from the colloquial term for foot soldiers during the Second World War. Week by week, the "greatest wartime conflict in world history" was presented "in all its drama … through the eyes of the fighting troops and through the memory of individuals," as the "Landser" website explains. 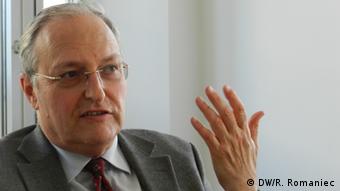 Efraim Zuroff thinks Bauer has made the right decision

In July, the Simon Wiesenthal Center went public with several complaints and demanded that "Der Landser" be withdrawn from publishing. The Jewish center, headquartered in the US, was founded in 1977 and is an international NGO. One element of its activity is the hunt for surviving Nazi war criminals. In its complaints against "Der Landser," the NGO invoked German laws against the use of Nazi symbols, against sedition and against holocaust denial. According to the accusations from Los Angeles, "Der Landser" propagates right-wing ideas and should therefore no longer be allowed to be in print.

Bauer Media Group announced the end of "Der Landser" on Yom Kippur, the highest Jewish holiday, which focuses on atonement and repentance. The Simon Wiesenthal Center was happy about the news: "We are very pleased that Bauer Media Group made the right decision," Efraim Zuroff, who heads the Israel office of the organization and is its main Nazi hunter, told DW. "We did some serious research and clearly showed that there was a problem. People who served in units that had committed war crimes were presented in a completely neutral way and their crimes were being swept under the carpet. They were publically portrayed as people who simply did their duty, rather than as war criminals." 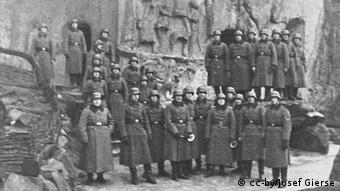 Soldiers like these are portrayed in the magazine as 'decent guys'

Bauer Media Group has denied accusations that the magazines glorified Nazi crimes. In July the publisher told DW that all its publications are in accordance with current laws. After the complaints, Bauer Media Group had the magazine checked by an external expert, lawyer and criminal law expert Otmar Kury, who declared that "Der Landser" is unobjectionable from a legal point of view. The German Federal Review Board for Publications Harmful to Young Persons has also repeatedly checked the publication, and only put a few copies of the magazine on its index list in the 1960s.

According to media experts like the former professor of German language and literature, Peter Conrady, "Der Landser" might portray Wehrmacht soldiers as "decent guys," but the magazine doesn't feature any anti-Semitism or Hitler-worship.

Even now, Bauer Media isn't stopping publication of "Der Landser" for legal reasons but because it doesn't fit into Bauer's portfolio - in other words, that the magazine was bad for Bauer's image. And they probably weren't bringing the publisher much of a profit anymore, unlike when "Der Landser" first came out and had a print-run of 500,000.

Peter Conrady, who studied "Der Landser" intensively ten years ago, is surprised that the end has come for the publication. "I didn't think that Bauer would take such a bold step," he said. He welcomes it, but also warns: "As a result, we shouldn't simply keep quiet and rejoice - in fact we should do the opposite. We should really make use of the discussion that has started up in the last two months in the press." He wants there to be new political measures to combat right-wing propaganda.

Efraim Zuroff from the Simon Wiesenthal Center also thinks that the "Landser" issue shouldn't just be laid to rest: "It's true to say the problem has been solved, but the fact that it took so long and that so many issues of the magazine could reach so many people is really a sad story."