Animals have a lot to offer. Not only can they be great companions — some can also support therapy and help reduce symptoms of anxiety and depression. 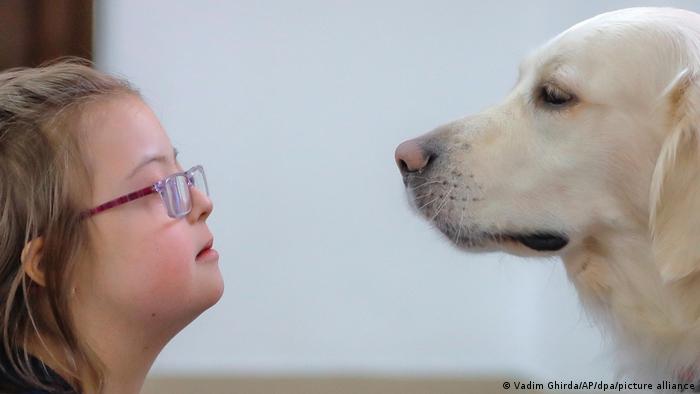 Human-animal interaction influences the release of hormones that calm us, reducing stress and making us happier

Therapeutic riding as occupational therapy, dogs visiting children with learning disabilities in school or hens spending time with seniors in elderly homes — so called animal-assisted interventions are all around.

But professionally administering treatments with trained therapists and maintaining animal welfare are key, says Dr. Andrea Beetz. She is a psychologist, researcher and teacher who has worked in the field of human-animal interaction for more than 20 years.

DW: In what contexts have animal-assisted interventions been particularly successful?

Andrea Beetz: Animals have been integrated into all kinds of education and therapy programs for children. Children are very open, they have a natural affinity towards animals. They're curious about them.

So you can find a lot of school dogs or animal-assisted education approaches, for instance, with things like therapeutic riding for the disabled.

We have a lot of success with children who are tired of being in therapy or special support training. The animal programs motivate them to participate. 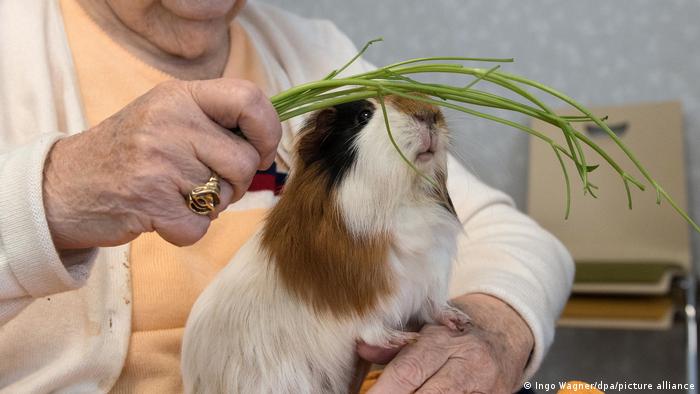 Seniors make up another group that is highly visible in the field of animal-assisted interventions. One of our earliest interventions was a visiting program with dogs in homes for the elderly.

The visits were aimed at improving well-being — lightening the mood, occupying seniors, getting their mind off their age and illnesses.

So dogs are a great distraction and they are also social catalysts, enabling and facilitating conversations between humans.

What do we know about the effectiveness of animal-assisted interventions?

During the past 10-to-15 years there have been numerous studies that document the positive effects of animal-assisted interventions.

For instance, several studies have shown that animal-assisted interventions can reduce depression and anxiety, as well as improving mood, trust and even empathy. They also reduce all kinds of stress indicators — like blood pressure and heart rate, or levels of the stress hormone cortisol.

Conversely, levels of another hormone — oxytocin – are increased, which has a positive effect as its release influences calm and bonding.

Why country folk are more stress-resistant

Why country folk are more stress-resistant

Does owning a pet offer any kind of benefit on its own?

I would say yes. If you have regular contact with animals, even just visiting a horse on a pasture every few days while out walking, you get a kind of interaction that can have positive effects.

It's not the same as a structured therapy or an educational approach. But yes, if you manage to pet the horse and both of you enjoy it, it can reduce stress and be calming.

Studies have actually shown that pet owners are, on average, a bit healthier than non-pet owners: They sleep better, have better cardiovascular parameters and even have higher survival rates after heart attacks.

Does that mean any animal can be used in animal-assisted interventions?

No. We, at the International Society for Animal-Assisted Therapy, say that only certain species should be used. These are usually domesticated species like dogs, cats, horses, cows, goats or sheep. But llamas and alpacas, which have a long history of being domesticated by humans, are also very popular.

That is important because such animals are more used to interactions with humans.

In addition to being a domesticated, they also need to be around humans from a young age so that they are not stressed by the interaction and actually enjoy it.

We do not recommend working with snakes or other kinds of reptiles because there is a risk of salmonella infections.

So there's a lot of thought behind it. Even though you will find different examples where wild species like dolphins are used, we advise keeping it limited to domesticated animals.

Are there certain limitations to animal-assisted interventions?

One exclusion criteria could be a strong allergy to the species involved. People who are immunosuppressed or on immunosuppressants due to some kind of sickness are also at higher risk.

Another limiting factor could be that people are just afraid of certain kinds of animals. That means you really need to figure out whether you're going to take the time to first work through that fear before taking advantage of the positive effects of animal-assisted interventions, or if another kind of animal-free therapy might be better.

Dr. Andrea Beetz works at the IUBH University of Applied Sciences in Erfurt, Germany. Beetz is also active on the board of the International Society for Animal Assisted Therapy (ISAAT).

The interview was conducted by Mira Fricke for TV and has been edited for clarity.

Five dogs at the children's ward

Five dogs at the children's ward

'Awww, you're such a cutie' - why we use baby language on dogs

Humans have a very special way of talking to babies - and they also use it on dogs. According to a new study, puppies are subjected to especially high-pitched babble - and they like it.

Happiness, where are you?

The search for happiness is more than a luxurious leisure activity; it keeps our engine running. Especially in times like these, when happiness seems elusive, the search is all the more important.