Jose Filomeno dos Santos, the former head of Angola's sovereign fund, is accused of misappropriating millions of public funds. His detention is part of an anti-corruption campaign by Angola's new leader. 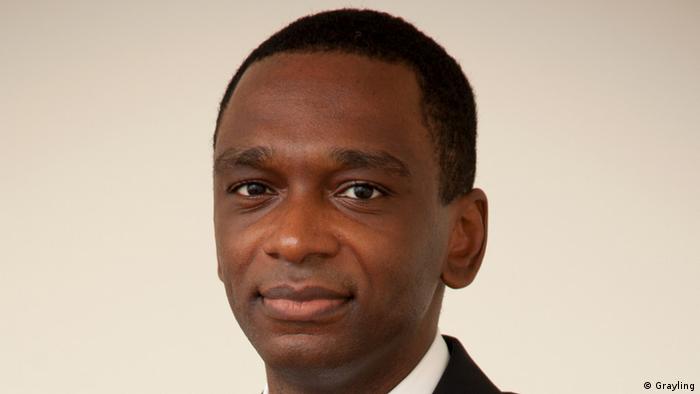 State prosecutors in Angola ordered Jose Filomeno dos Santos to be remanded in custody on Monday over a corruption case involving $1.5 billion (€1.28 billion) in fraudulent transactions.

"The evidence assembled in the case constitutes sufficient evidence that the accused were involved in acts of corruption," prosecutor-general Alvaro Da Silva Joao said in a statement.

The younger dos Santos was charged in March with misappropriating public funds over a $500 million (€426 million) transaction from the National Bank of Angola. He and another former fund manager, Jean-Claude Bastos de Morais, are both accused in the graft case.

Both men were removed from their posts by the country's current president, Joao Lourenco, who has been targeting corruption and attempting to reboost the economy since taking office in September last year.

The opposition Unita party praised the detention of Jose Filomeno dos Santos, saying that President Lourenco is "honoring his promises."

Prior to leaving, he appointed close allies to head key sectors of the country's economy — including making his son the head of the sovereign wealth fund and giving his daughter Isabel dos Santos control over the country's state oil giant. Isabel dos Santos is the richest woman in Africa, with an estimated net worth of $2.7 billion, according to Forbes magazine.

Although dos Santos handpicked Lourenco as his successor, the current president quickly moved to erase his predecessor's lingering political influence by removing several of his allies from top posts, including firing both his son and daughter.

Angola is the second-biggest oil producing country in Africa, but struggles with slow growth and high unemployment rates.

Jose Eduardo dos Santos ruled Angola for nearly four decades. His reign was marked by allegations of theft and nepotism as well as an end to a long-enduring civil war.