Angola's President Joao Lourenco is in Europe this week to promote reforms in Angola and seek partners for investment. The southern African oil state wants to expand its economy. 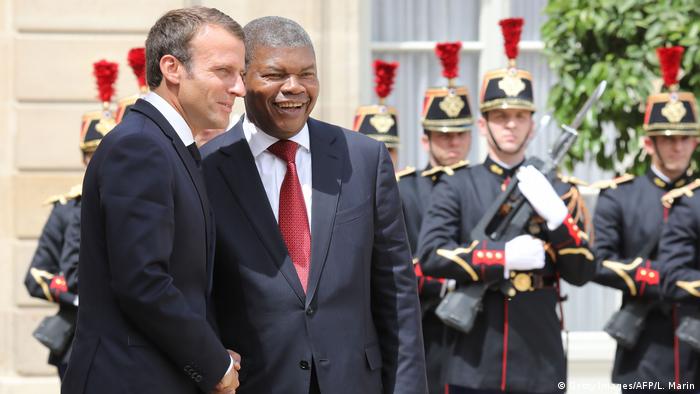 The contrast between the poor and the rich in Angola's capital, Luanda, could not be greater. As beggars squat in front of flashy glittering buildings of international corporations, reinforced concrete and glass skyscrapers sprout from the slums of Africa's most expensive city.

Angola is Africa's second largest oil exporter but people living in the suburbs and the countryside remain bitterly poor.

After assuming office in September 2017, new president Joao Lourenco embarked on a course of reform, which he underlined with his current three-day state visit to Paris and neighboring Belgium.

"We want to strengthen our relationship with France and somehow become a member of the International Organization of the Francophonie, which plays an important role in Africa," said Lourenco, in a joint press conference with French President Emmanuel Macron.

Macron promised support: France wants to boost private investment in Angola. The French President praised his counterpart's "extreme efforts" in the fight against corruption: "In my view, your personal commitment and your courageous decisions are signs that we cannot ignore," said Macron. He promised to help in the formation of new economic sectors, especially in agriculture, training and education.

Angola wants to expand its economy. Lourenco wants the oil state to become more attractive to investors and get more access to foreign currencies.

As a start of his project, Lourenco devalued the national currency, the Kwanza, at the beginning of the year. He also signed a new private investment law that removed the old clause, which stipulated that foreign businesses must have local partners with at least 35 percent stakes.

However, this law does not apply to the oil and mining industry and the financial sector. But it is Lourenco's way of opening the economy, which suffered as oil prices declined.

France's oil giant Total is the largest oil producer in Angola, accounting for 42 percent of its output nationwide. Lourenco's predecessor, long term President Jose Eduardo dos Santos, had ruled the country almost exclusively with his relatives: Billions of dollars from oil boom flowed mainly into the family coffers of the man who ran Angola for 38 years. But his successor Lourenco surprised many with the steps he took, after he was elected, to combat the massive corruption and nepotism in the country.

As one of his first official acts, Lourenco fired the daughter of dos Santos, Isabel, as head of the state-owned oil company, Sonangol. Isabel dos Santos is declared by Forbes magazine as the richest woman on the African continent. Her brother Filomeno was also a supervisory board chairman of the country's sovereign wealth fund for a temporary period.

The fund was meant for social investment, but Filmoneo Dos Santos allegedly transferred $500 million to foreign bank accounts. In March, he was charged with corruption in Angola.

President Lourenco also announced he would allow taxes on illegal money lost in capital flights if it was returned.

Is Angola's government on the way to becoming more transparent? At least, President Lourenco is using his visit to Europe to make a political impression on his reform plans, argues Angolan Business Association Franciso Viana.

"The government is trying to repay its debts, which automatically creates a good climate," Viana said in a DW interview. "But the institutions are broke, credit institutions and financial institutions are not exercising their roles, corruption is too powerful." 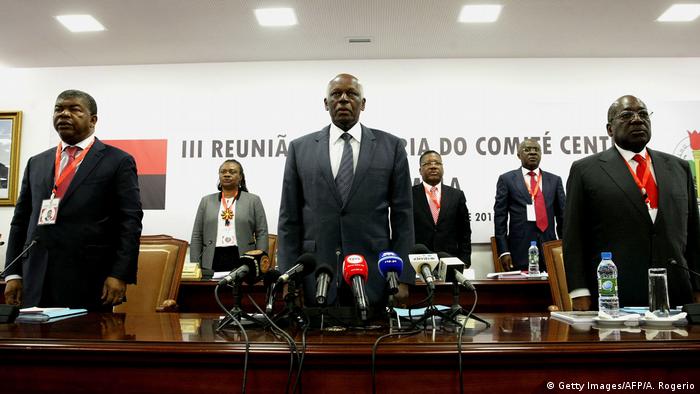 In Angola, there are doubts as to whether the new political tone of President Lourenco should be taken seriously. "I hope the President's trip to Europe is not just an advertising campaign," Carlos Rosado do Carvalho said in a DW interview. He is editor-in-chief of the newspaper Expansao, one of the country's leading business newspapers.

The new laws of the President point in the right direction. "But in the fight against corruption, we need the judiciary. But we still have the same people in the courts and in the law enforcement agencies as in Dos Santo's time," the journalist said.

Angolan economic expert Daniel Ribant sees more than symbolism in Laurenco's attack on the dos Santos power system. "Banks now have to verify the identities of the specified recipients of remittances abroad and there are sanctions, and there is a clear desire to tackle the country's problems and to revitalize the economy," Ribant told the German daily newspaper taz.

He believes Lourenco need to find a balance between the will to reform and at the same time maintain power within his party. The ruling MPLA party (Popular Movement for the Liberation of the Angolan People) still has many supporters of the old dos Santos regime and not all of them support the new president.

Tensions are mounting between Angola and Portugal over the indictment for corruption of former Angolan Vice President Manuel Vicente. Experts believe Portugal will cave in to Angolan efforts to nix the trial. (23.01.2018)

Without the Bolshevik victory in 1917, decolonization across Africa may have played out in a much different fashion. Many liberation movements were inspired by the Russian Revolution. (07.11.2017)