With Angola's economy battling, anti-government protests have been brutally subdued. But demonstrators are not backing down, and plan to take to the streets again on Wednesday — Angola's independence day. 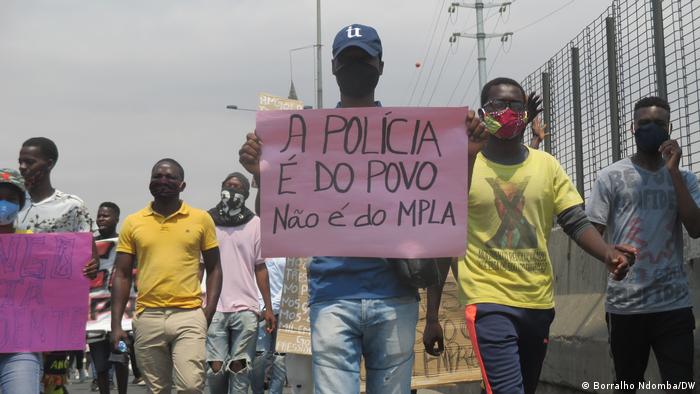 About two-thirds of Angolans are deeply dissatisfied with their government and how it is dealing with the coronavirus pandemic, according to a recent study by business risk consultancy group, EXX Africa. The first peaceful demonstrations started in October 2020, voicing anger against entrenched state corruption, massive unemployment, rising costs of living, and loss of political freedoms. But they were met with brutal suppression from security forces. 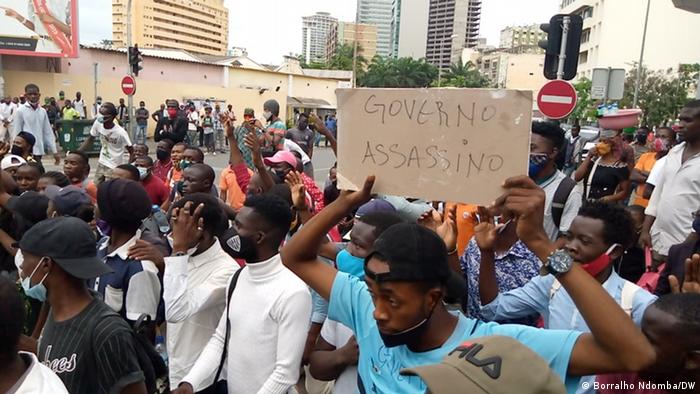 Support for jailed demonstrators was immediate, and demonstration are set for 11 November, Angola's independence day

There is growing disillusionment with Angolan President Joao Lourenco, who came to power in 2017. He took control of the government and ruling Popular Movement for the Liberation of Angola (MPLA) from longtime strongman Jose Eduardo Dos Santos, promising to clean up corruption and tackle poverty in the Central African nation.

While Lourenco's crackdown on corruption did target some members tied to his predecessor's regime — including members of the Dos Santos' own family— he turned a blind eye to allegations of corruption against his own aides, including cabinet secretary Edeltrudes da Costa, who has been accused of being given preferential treatment in getting access to large state contracts. 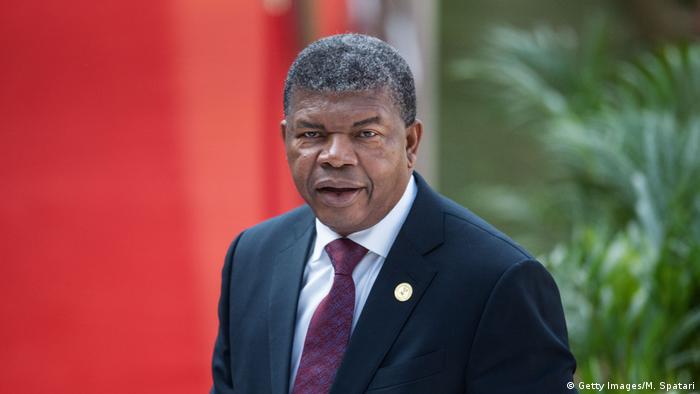 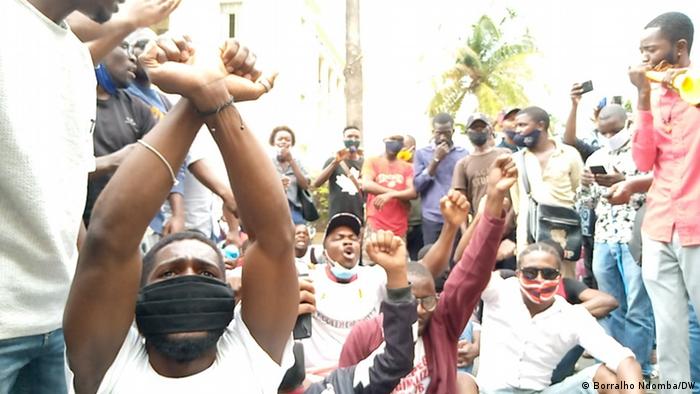 Protesters demand the release of fellow demonstrators held in Luanda

Francisco Texeira, president of the Angolan student movement (MEA), protested against alleged preferential treatment of Edeltrudes da Costa. Texeira, along with over 100 other demonstrators, was incarcerated for eight days. They were released after paying fines, but incarcerating the protesters sparked more demonstrations demanding their release.

When the arrested demonstrators appeared in court, angry crowds outside in Luanda chanted. "The murderous government has killed us."

"We are still committed. The eight days in jail have not discouraged us," Texeira said. "In fact we are now more determined than ever to fight for an Angola for all." 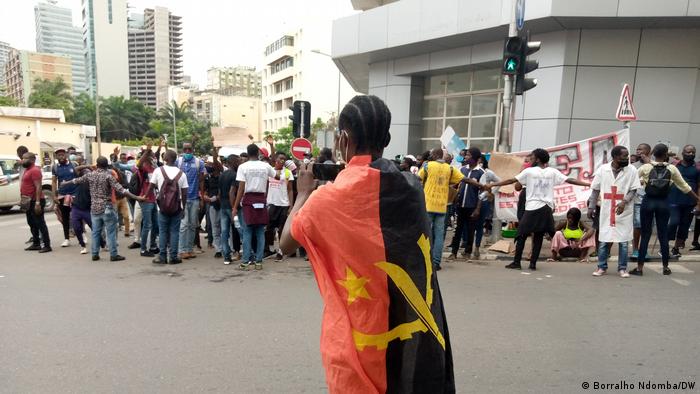 Students and the youth wing of the opposition party UNITA (National Union for the Total Liberation of Angola) have been at the forefront of organizing the demonstrations.

"The police attacked the demonstrators barbarically, arrested them inhumanely and robbed them of their freedom for 9 days," Nelito Ekuikui of the UNITA said.

"We have the impression the president leads Angola like a military leader," said Agostinho Kamuango, secretary-general of UNITA's youth wing. "This won't work. Aside from the constitution of Angola, which no one is above, there are binding international laws for all governments and countries." 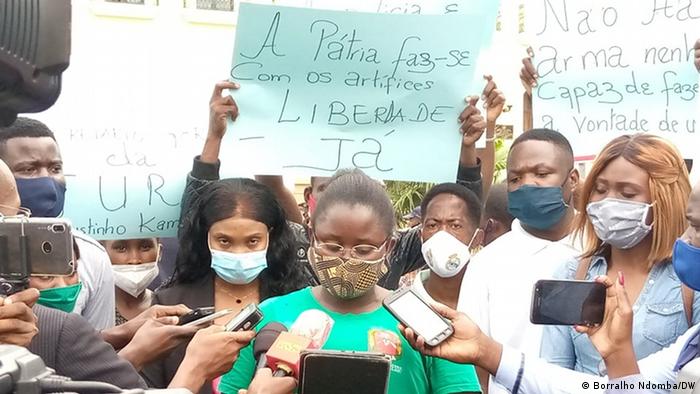 DW stringer Helda Simba was arrested alongside four other journalists during Wednesday's protests. He spent the night in police custody and was released on Thursday but the police confiscated his equipment.

UNITA was once a major force in Angola. During the Cold War, the party was ideologically aligned with the West, while the MPLA was backed by the Soviet Union. The proxy conflict over control for Angola's vast mineral resources resulted in armed conflict between UNITA and the MPLA. The ensuing civil war lasted from 1975–2002, with the MPLA eventually holding out. While the ruling MPLA's power in today's Angola is hardly under threat, the party's leaders are reluctant to see a resurgence of UNITA.

Angola's Lourenco talks to DW ahead of Merkel visit

Stagnant economy and no prospects

But recent protests are a lot less about ideological differences and much more about a hopeless future for young people. Lawyer Salvador Freire belongs to the human rights organization Associacao Maos Livres, which provides legal representation for people that cannot afford lawyers. He explained the poor economic outlook for young Angolans is pushing them to demonstrate.

While not much of Angola's oil revenue has ever trickled down to ordinary citizens, low oil prices have put strain on government coffers. The economy continues to contract after booming in the mid to late 2000s. Some have pointed to the government's over-reliance on oil — which account for 90% of exports — as a contributing factor in not developing other sectors to employ an increasingly younger, and frustrated, population. 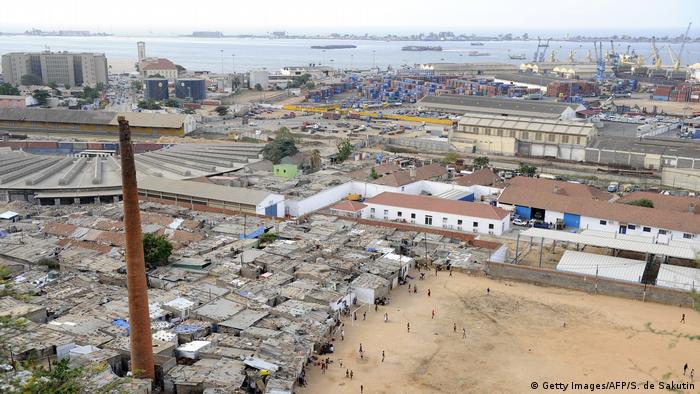 An oil boom has brought cash to Angola, but it rarely flows into the shanty towns of Luanda

Police have already banned anti-government demonstrations on 11 November, which marks Angola's independence from Portugal. However, it is expected that demonstrators will be on the streets.