Anger in Gambia as the extent of Jammeh-era corruption and brutality surfaces | Africa | DW | 18.04.2019

The extent of corruption and brutality during The Gambia's Yahya Jammeh-era is starting to surface via a truth and reconciliation commission set up by an administration recycled from that of the long-term president. 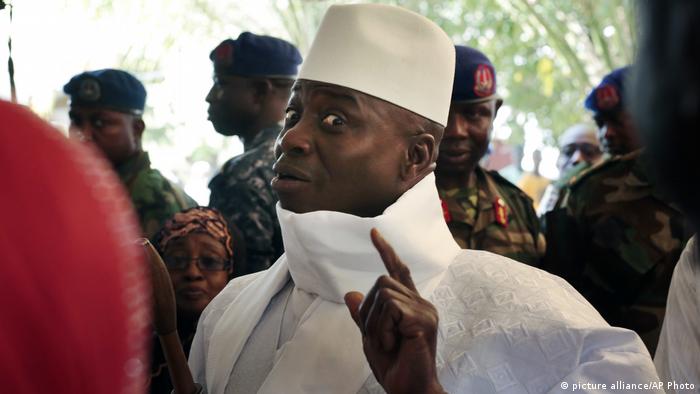 Rows of Bentleys, Rolls Royces and at least one black Humvee fill the garage of the presidendtial palace in Banjul. Although rarely used, they're polished every other day.

The luxury cars with the VIP plates are relics of a regime that ruled The Gambia over two decades, a regime now under close scrutiny. Ex-strongman Yahya Jammeh amassed a fortune while the people of the small West African state went without even the basics.

As the extent of his alleged dirty dealings and human rights violations now comes to the surface, public anger is rising. The Gambia is confronting its past under his leadership between the mid-1990s and 2017, and people are convinced that Jammeh has gotten off scot-free.

"It's like an insult to the Gambian people. We want to see people who took part in corruption to pay for it, to go to the right channel, let the law handle them," one Banjul resident told DW.

Jammeh is all over the papers once more as witnesses and survivors detail before the Truth, Reconciliation and Reparations Commission (TRRC) how he and his inner circle had plundered the country's coffers. 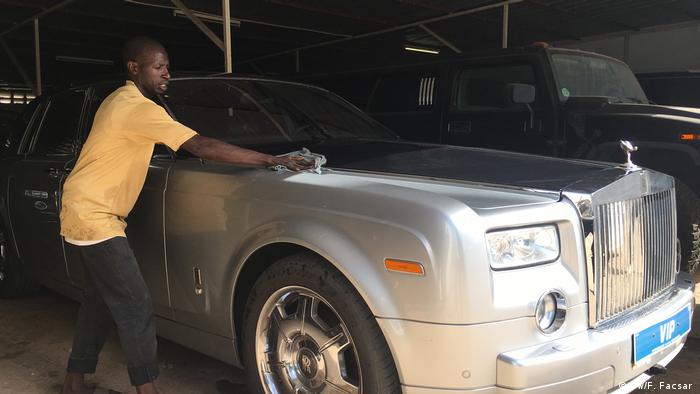 They drive nowhere, but the luxury cars that once belonged to Gambia's ex-president are polished every other day

Separately, an investigation by the Organized Crime and Corruption Reporting Project (OCCRP)has revealed that he and his cronies had looted or misappropriated at least $975 million dollars (€867 million) in public funds.

The Ministry of Justice puts the figure at $304 million. But local journalist Mustapha Darboe believes the researchers' estimate.

"I have more trust in those people than I have in the government because you cannot police yourself," Darboe told DW. The same elites are in government, with only the president having changed after the December 2016 election.

"The opportunity we had in 2017 to change this country for good has been greatly missed. We have not solved the past, we are moving into an uncertain future, that's dangerous," Darboe said. 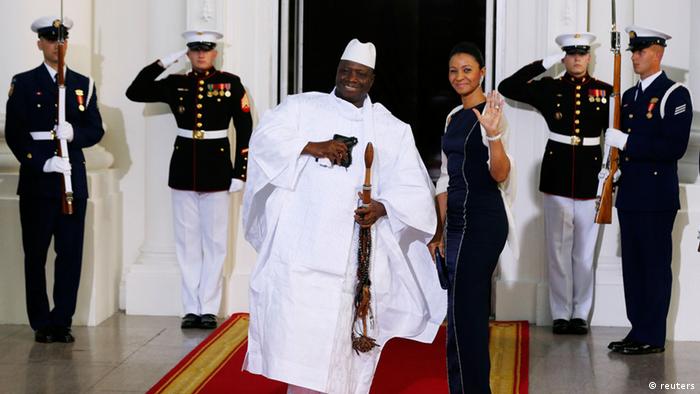 As president, Jammeh – who came to power in a military coup in 1994 – had been a welcome guest internationally despite widespread allegations of corruption, human rights abuses and suppression of the media in Gambia.

Gambians channeled James Brown when nicknaming the man who dictated their political and economic lives and did the rounds in capitals including Washington and Doha, often calling him "Papa don't take no mess."

After his defeat at the polls and an unsuccessful bid to prevent his elected successor Adama Barrow from taking office, Jammeh fled into exile in Equatorial Guinea in 2017. At the time, there were allegations that Jammeh had spirited millions of dollars out of the debt-ridden country aboard a cargo plane.

Jammeh's palaces have since been searched. A suspected grave site is being exhumed on the outskirts of Banjul. Opponents were killed or disappeared during his rule.

Aside from Momodou Sabally, who was secretary general under Jammeh, none of the former leader's allies in government responded to interview requests from DW.

"We are a small country, a small society,  and a bit complex. It is not going to be easy to get to the bottom of things," Sabally said. Sabally admitted he knew about the looting of public funds but denies he did anything wrong. But what about Jammeh?

"Jammeh has the possibility of coming back here. I do not know when and where. His party is still very strong, he is still popular in some corners of the country."

Gambians are enjoying new freedoms under the Barrow administration — recycled largely from the Jammeh regime — that promised at the outset to pin down the truth to heal the wounds of the past.

Gambian President Adama Barrow has said that during his first year in office his country has made tremendous progress, especially within the economic sector but security challenges remain. (26.01.2018)

Newly sworn-in President Adama Barrow has promised a major political shake-up in The Gambia. The West African country is entering a new era after more than two decades under an oppressive regime. (28.01.2017)

Gambia’s former president Yahya Jammeh has been accused of human rights violations during his 22-year rule. Victims and human rights activists hope that he will face justice, but many Gambians remain sceptical. Listen to this week’s show to find out why.