Angela Merkel′s CDU and the Green Party: The long road to a new alliance | Germany| News and in-depth reporting from Berlin and beyond | DW | 02.05.2016

Angela Merkel's CDU and the Green Party: The long road to a new alliance

In what is seen as a seismic change for Germany's political system, the conservative CDU has agreed to play minor coalition partner to the environmentalist Greens. DW traces the evolution of an unlikely relationship. 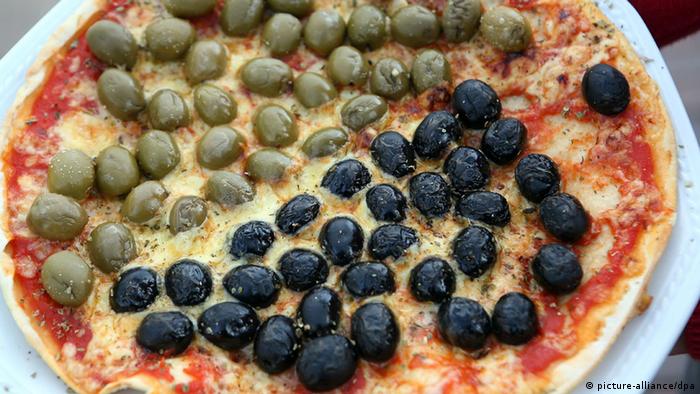 Former chancellor Helmut Kohl, the architect of German reunification in 1990, once called the Green Party's parliamentarians a disgrace: He saw them as no more than a bunch of left-leaning, long-haired hippies.

Times have changed, especially in the staunchly conservative southwestern state of Baden-Württemberg, home to big German companies such as Mercedes Benz and Porsche. Here the CDU was in power for decades - until 2011. It was then that the Greens redefined themselves under the leadership of Winfried Kretschmann, who is seen by many as "the true conservative."

The 68-year-old former teacher belongs to the centrist wing of the Green Party. His business-friendly approach to policy has caused him to clash with his party on more than one occasion.

May 2016 may mark the first time the CDU, Germany's strongest political party, has accepted the role as junior coalition partner in an unfamiliar alliance. But the rapprochement between "black" CDU and the Greens dates back to the early 1990s. 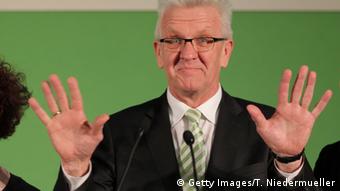 In the early 1990s, when the German parliament was still in Bonn, the capital of former West Germany, parliamentarians from the Green Party and the CDU began to meet regularly and clandestinely in an Italian restaurant there.

Several of the young politicians who were then keen to think outside the box went on to make their way through the party ranks. Greens party chairman Cem Özdemir is one of them.

Later, first coalition experiments with the CDU on the state level failed in the northern city state of Hamburg and in the small southwestern state of Saarland. But then, in 2014, the media spotlight was on the first high-profile "Black-Green" coalition in the state of Hesse. CDU State Premier Volker Bouffier and his deputy Tarek Al-Wazir from the Greens gave a big show of harmony. This came as a surprise, especially since in Hesse both partners were known to uphold their respective ideologies and principles - law and order meeting revolution.

Al-Wazir, whose father is from Yemen, recalled recently in an interview that a statement from Volker Bouffier's at the beginning of coalition talks helped overcome differences: "He said that we should conduct talks presuming that the other side may also be right," al-Wazir remembered. 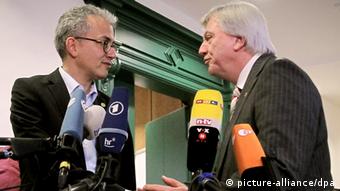 Both parties have changed since the early 1990s: The Greens have become less fundamentalist and utopian, and much more pragmatic. But the CDU, too, is now more tolerant, it has adopted environment-friendly policies and has come to recognize that this approach need not hamper economic development. So both parties can team up to promote green business to boost the economy.

Not long after the general election in 2013 a group of 30 young parliamentarians began meeting regularly at an Intalian restaraurant in Berlin. But this new pizza connection need not be secretive: They have Chancellor Angela Merkel's blessing. This is borne of strategic necessity after the CDU lost its traditional coalition partner, the pro-business liberal FDP, in that year, when the party failed to take the five percent of the vote necessary for representation in parliament. The result was an unpopular grand coalition with the SPD, which has an overwhelming majority in the Bundestag. In the quest for an alternative, CDU and Greens are moving closer.

With support for the CDU waning among young people and in urban areas, the party is hoping to cash in on Green popularty there. The Greens with their platform of green living and transport, tolerance towards immigrants and homosexuals, have support mainly from higher income city dwellers in their forties.

In an attempt to describe common ground between the two unlikely bedfellows Stuttgart's mayor Fritz Kuhn from the Green party points to social policies: "The two parties have in common that they believe in individuals' ability to help themselves," he said.

Political observers conclude that we may be seeing the beginning of an alliance that was inevitable.

On this week's Conflict Zone, Cem Özdemir, co-leader of the Green Party in Germany, discusses Angela Merkel's open door migrant policy and why he believes her refugee deal with Turkey was a mistake. (27.04.2016)