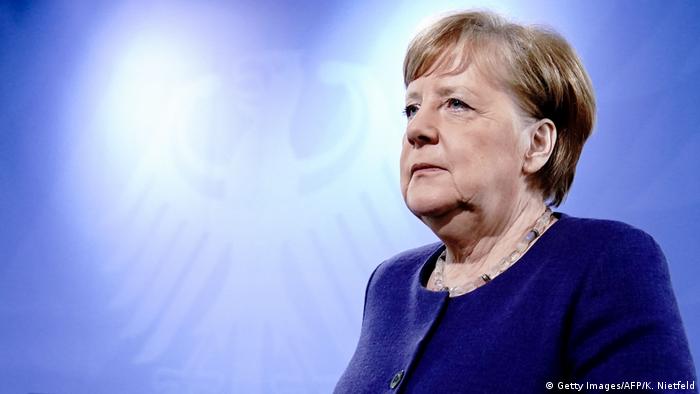 German Chancellor Angela Merkel will not travel to Washington at US President Donald Trump's request to attend the Group of Seven (G7) summit in Washington DC, according to a report from Politico on Friday.

"The federal chancellor thanks President Trump for his invitation to the G7 summit at the end of June in Washington," German government spokesman Steffen Seibert told the outlet.

"As of today, considering the overall pandemic situation, she cannot agree to her personal participation, to a journey to Washington," Seibert said.

Trump has been rallying behind the idea of hosting a G7 summit in person, months after the March event was canceled amid coronavirus fears. He has received support from UK Prime Minister Boris Johnson, who said that the meeting of world leaders should be held in person "if possible."

Even as economies start to open across the world, Merkel has warned that June may be too early for large gatherings to take place. Social distancing and strict vigilance have been recommended even as lockdown restrictions are eased in many parts of the world.

"She will of course continue to monitor the development of the pandemic," Seibert said.

The US has recorded close to 1.75 million cases of the virus. Germany's tally stands at approximately 183,000 confirmed cases. The US death toll has crossed 100,000, while Germany has recorded over 8,500 deaths.