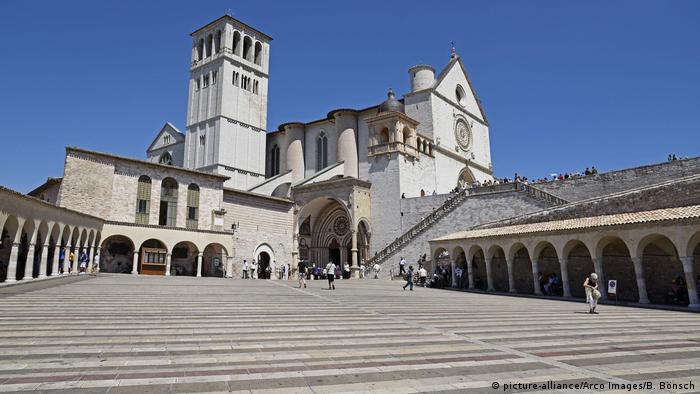 Jordanian King Abdullah II received the "Lamp of Peace of Saint Francis" at a ceremony in the Italian city of Assisi on Friday. German Chancellor Angela Merkel, as last year's recipient, presented the monarch with the award.

Abdullah has been given the Catholic award for promoting human rights, interfaith dialogue and Middle East peace, and for taking in Syrian refugees fleeing the conflict in their country.

In her presentation speech, Merkel praised Abdullah for sending "an important signal in 2007 when he supported the letter sent by dozens of Islamic scholars to Christian leaders."

She also mentioned Abdullah's 2010 call for a UN "World Interfaith Harmony Week" that is now celebrated annually across the world in February. In addition, the chancellor praised Jordan for not "closing its eyes" when millions fled violence and conflict in Syria: "It (Jordan) responded to the cruelty of war with humanity, helping those who had lost everything."

Following the presentation in the Basilica of Saint Francis of Assisi (photo above), Abdullah, Merkel and Italian Prime Minister Giuseppe Conte were to hold discussions with young people and novices.

As a present for the monastery in Assisi, the German chancellor brought a piece of the Berlin Wall as a symbol for the overcoming of divisions.

She received the prize last year for her "reconciliation efforts in favor of the peaceful coexistence of peoples." Merkel received much praise — but also vehement criticism — for opening Germany's borders to refugees in 2015.

Who is King Abdullah II?

Abdullah, 57, came to the Jordanian throne in June 1999, succeeding his father, King Hussein, who had died earlier that year. He is credited with liberalizing the Jordanian economy. He also introduced constitutional and electoral reforms that served to largely avoid the unrest disrupting much of the rest of the Arab world in the course of the so-called Arab Spring of 2011.

He has recently faced major challenges, including those caused by Jordan taking in more than a million refugees from Syria amid that country's civil war. He and his wife, Rania, are widely popular both at home and abroad and are known for their work promoting cross-cultural and interfaith exchange. Abdullah is the third-longest-serving Arab leader. 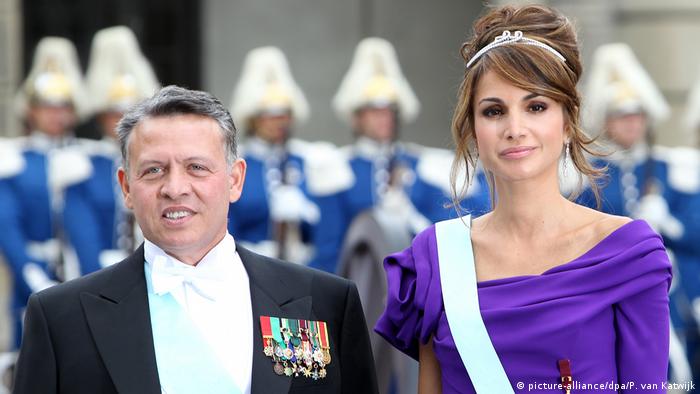 Abdullah and his wife, Queen Rania, enjoy widespread popularity in Jordan and elsewhere

What is the 'Lamp of Peace'?

The "Lamp of Peace" is a replica of a glass oil lamp that burns at the side of the grave of Saint Francis of Assisi, the founder of the Franciscan order behind the peace prize. The award aims to honor those work towards promoting peace and harmony. It was first presented in 1981 to Polish trade union leader Lech Walesa. Other recipients include Pope John Paull II, the Dalai Lama, Saint Teresa of Calcutta and former Russian leader Mikhail Gorbachev. Former Colombian President Juan Manuel Santos received the prize in 2016, along with the Nobel Peace Prize, for his efforts at reconciliation amid his country's civil war.